Rather anti-Semitic than racist

Sometimes traditions are a bit iffy. But as they are traditions, they end up accepted anyway. Is that a good thing? I like traditions; I love the idea of something already being done in the fifties, the 19th century, long long ago. But longevity is not a purpose in itself.

Recently, I came across two separate cases of people challenging traditions. One was the Council of Europe wondering whether male circumcision should be banned. Or rather; should be discouraged, as the council has no banning power. And of course many Jews were upset about this. Circumcision is an important ritual in the Jewish faith, and banning such a practice can feel like oppression of one’s religion

It is true, of course, that male circumcision is a modest procedure. You can live a long, happy and healthy life after circumcision. But is that the point? After thorough deliberation I decided I was against circumcision. Of children of any faith or gender. If you’re an adult you can decide yourself whether you want bits cut off, but babies can’t consent, and circumcision does boil down to sticking a knife in someone who is perfectly
healthy. 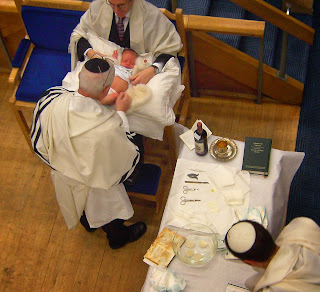 If you say it’s a tradition, and should therefore be allowed, you open the door for all sorts of things. Forced marriage is also a tradition. Female genital mutilation is too. Should we allow that? Most would say no. Most would want these practices banned. So why not ban male circumcision? I trust Jews have a bond with their God that, when push comes to shove, does not depend on the presence or absence of some skin. And what about female Jews? These don’t need bits cut off to be pious. If they can, why can't the men? I know this elaboration is an open invitation to be labelled anti-Semitic, but I’ll live with that.

And then racism. Internet is teeming with articles (like this one, or this, or this) on whether or not Zwarte Piet is a racist concept. He sure is part of a tradition! And if you’re Dutch, it’s hard to look past that. But six years abroad might have helped to have a slightly more distant look on things. Yes, it is a case of modern “blackfacing”. And all the songs are rather specific; he’s a servant. Does the look of a Zwarte Piet still stir up some fond feelings in me? Yes, sure! If you’re not Dutch is hard to imagine how big this celebration is for children. You get presents and sweets! There is this avuncular man that knows everything, and a whole lot of young, athletic sidekicks that can jump and juggle and walk on their hands and everything else. It’s magic! But step back and it IS a blackface. 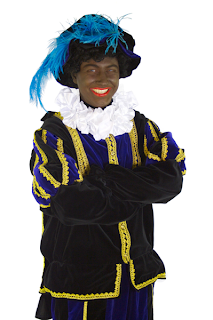 So now what? Ban Sinterklaas? No, I can’t support that. Sinterklaas is about the patron saint of children. And yes saints are Catholic and the Catholic church happens to be the biggest paedophile ring in the world, but allow me to consider that beside the point for now. So should we have rainbow Piets? Yes, I think we should. And just changing the colour of the face paint won’t do; the lipstick and the black curly wigs are still very blackface. But if you end up with a sort of painted acrobat in 17th century costumes, I think you can preserve the magic of Sinterklaas while not being so blatantly politically incorrect. I could imagine later generations looking back at the present and wondering how this tradition could have lasted that long. My parents were already adults when Martin Luther King was murdered for wanting equality for people of any colour; that’s hard to imagine as well now! So this is an invitation to call me an over-sensitive PC fetishist.  In favour of black people, against Jews? No. In favour of anyone who has the decency to not let other suffer for their own traditions…

PS for the Dutch: I think Piet himself says it well here...
Posted by Margot at 09:28