Dutch cinema in general is not something to write home about. And it’s not just me who thinks that; international film critics agree. Rarely does a Dutch movie receive critical acclaim. This year, a Dutch moviecompetes for the Palm d’Or in Cannes,but that’s the first one in decades. In my lifetime, only three Dutch movies have won an Oscar for best foreign-language movie, and a further two have been nominated. Of the three winners I’d seen two: “the Assault” (de Aanslag, 1986) and “Character” (Karakter, 1997). I liked the Assault. I liked most of Character, but I was very disappointed that the end was fundamentally different from the book it’s based on.

And then there was “Antonia’s Line” (Antonia, 1995). It came out while I was living in Amsterdam. There are many moviehouses in Amsterdam, so the opportunity was there, but I somehow didn’t get round to it. But I kept it somewhere in the more obscure recesses of my to-do list.

Eighteen years passed. And then I joined the Environment Department movie club. And I figured that when I would host a viewing, maybe it should be Antonia’s line I would show. A new film for absolutely everybody! So I did.

I decided to cook Dutch-English food for the occasion; a Dutch(ish) dish, made of exclusively English ingredients. And five people showed up to enjoy it. And we all fit on the table! I was chuffed. I never before managed such a feat. Six people, all at the table, and all with crockery and cutlery! And my guests had brought self-baked chili-and-onion bread, and Früchtequark. And wine. And to my joy, my house was judged to be very cosy, especially considering I’d only lived in it for a few months. 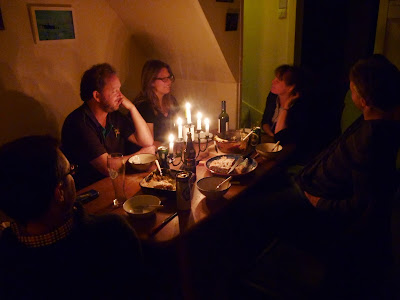 Five distinguished guests at my table! 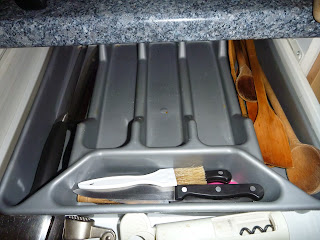 And then the movie. It dealt with Antonia, a widow who returns, with her daughter, to her village of birth when her mother is on her deathbed. After the funeral she takes over the farm, and she’s quite successful. And she provides a kind of haven for the oppressed and the despised. And the film takes us through the entire rest of her life; through finding a father for her grandchild (a son-in-law is not appreciated) and seeing that grandchild grow up to her old age when she’s a great-grandma. It’s quite a feminist pamphlet! I didn’t expect that. And it’s a bit caricaturesque, but I found it very enjoyable. What puzzled me, though, was that I thought the movie was supposed to be Dutch, and unfold in a Dutch village. But half the cast speaks Flemish, and the village is about as Dutch as the pope. I figured the village was supposed to be Belgian, but there was no explanation for why a Dutch woman would be born and raised in Belgium. Some googling revealed the village is supposed to be Dutch indeed, which means to be the location scout was drunk out of his/her skull or something, and that it was actually filmed in France (!). 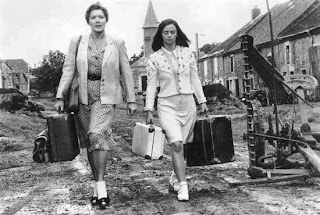 A still from the beginning of the film

I’m glad I’ve finally seen it! And I recommend it. And I’m glad I had all these colleagues visit me! My house is now properly warmed, after two earlier partial warmings. Good.
Posted by Margot at 08:50