This week would have two caving trips in a row. That's a lot! It tends to make one tired. But the first trip would be a visit to a mine I hadn't visited before, and looked like a rather short trip, and the second was yet another unknown one, and looked interesting. Ropework! So I decided to just do both. I don't have much time left in the southwest! I'd better make the most of it. So the first venue would be South Tamar. And it looked attractive: the route to it was short and scenic, and the entrance was along the way we walked with the CORiF lab. I didn't mind at all enjoying a sunset on the banks of the Tamar on a sunny day! And Hugh thought the same.

The sunset didn't disappoint. What did disappoint was my own presence of mind; I realised I had forgotten my caving long johns. Again! Oh well. The previous time I got away with wearing my trousers, which had gotten soaking wet underground, to the pub, without anyone noticing. I wear quick dry trousers to such occasions for a reason! So I just got into my kit and followed Bernard to where the mine adit drained into the Tamar. It was a crawling job, and it was rather wet, but the timbering was nice. After about 15m we reached the shallow shaft that the others used for access. And then we went onwards! 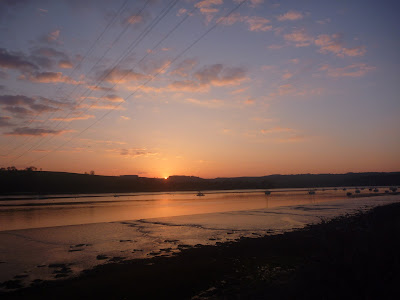 Sunset over the Tamar 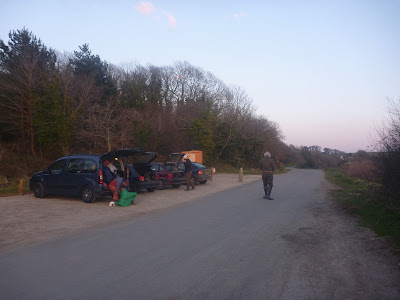 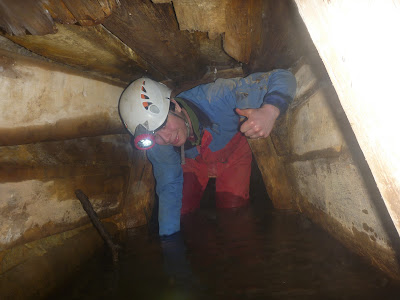 Alex has fun in the adit


The rest of the mine (the part that was accessible, at least) consisted of one, long, narrow, winding tunnel with water between toe-deep to hip-deep, which ended in a very narrow flooded stope, and one side tunnel which ended in a collapse after some 20m (note that estimating distances is not my forte). Small and wet, but nice! The water was fast-flowing and very clear, until we came to muck it all up. And after we'd all seen that we went back, and this time I chose the shaft instead of the adit. It wasn't rigged with a rope, but with an electron ladder (a rope ladder but then made of metal). As long as they are no more than, say, 15 m long, I like electron ladders ! By 9 we were out. Time to rinse some mud off in the river, try in vain to steam my trousers a bit dryer, and then retreat to the pub! 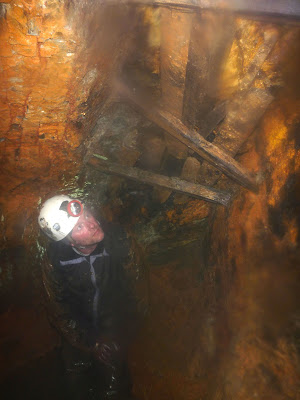 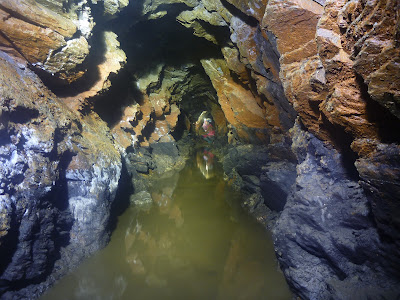 The side tunnel, with Hugh at the end 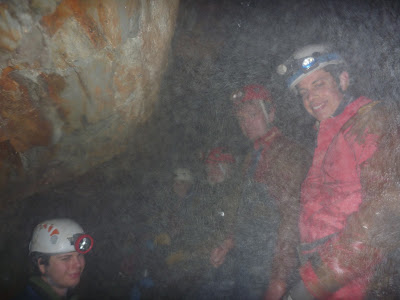 It was rather foggy down there! 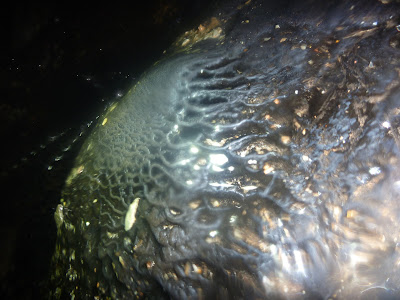 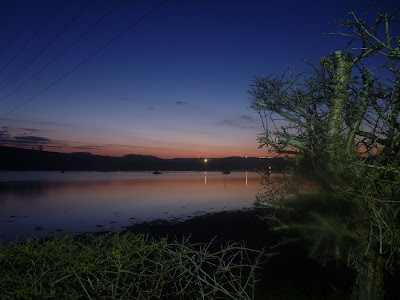 When we came out, the evening sky was still beautiful!

This time we had chosen the pub in Buckland Monachorum. A very cute old pub! Unfortunately, it was already quite crowded, so we retreated to a little room. It wasn't really meant for the likes of us. There was quite some banging of heads on the low ceiling, and crawling underneath the table in order to get in or out going on. We're too tall and too fat! But it was nice. Even Dave and Dave, who had skipped the trip, came to the pub! And Dave had brought his dog. And when we left we found a flirtatious cat outside. And in spite of me having to drive home in still very damp trousers and soaking socks, it had been a nice evening!
Posted by Margot at 09:16