One can get bored of almost 3000 songs. Isn’t it decadent? I have a song collection in my iTunes that by my standards is quite big. It’s nine days’ worth of music!  But I got bored of it. And then several things happened.

Then I went on a hike in Norway, and after that hike I ended up playing a game with one of the participants: we in turn come up with a word or theme, and then we both try to think of as many songs as we can that have that word or theme in the title. And if he comes up with a song I don’t know I look it up on YouTube. I learn many things!

And while on YouTube I saw a playlist advertised: the 100 best covers ever. I find covers intriguing; many are saltless remakes by people who don’t have the talent to write their own songs, but among that malarkey hide a few gems. I personally, for instance, like what Creedence Clearwater Revival did to “Heard it through the grapevine”. And what 16 Horsepower in turn did to “bad moon rising”. I also like “gimme shelter” in the Sisters of Mercy version, and “Jackie” done by Placebo. And “Jolene” by the White stripes! And that last example also featured in that YouTube list. Much of the list I ignored, since I didn’t know or like the original song, but I did find some surprises. I liked “smooth criminal” performed on two cellos, and I liked Richard Thompson doing “oops I did it again”. And I liked “imagine” done by a perfect circle.

And then what’s probably my oldest source of music inspiration kicked in to higher gear as well: my eldest sister started handing out tips. She is the person that introduced me to Tom Petty, to give an example. My guess is that that was in 1985. A lot has changed but not an older sibling’s influence on one’s music taste!

So what have I learned? I have listened to Ben Folds Five, Edwyn Collins, Bamboos, Ben Howard, the Beatles, Kate Bush, Frank Zappa, Laura Mvula, the Byrds, Depeche Mode, Suede, Stereophonics, and much more. And I ended up owning Blaudzun (that was a present!), James Blake, more Perfect Circle, and Bobby Womack. Not bad! 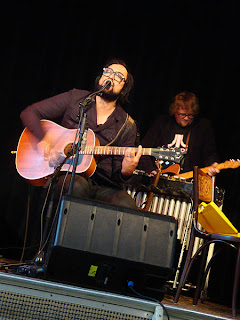 I have over 12000 songs and I am always looking and adding more. Welcome to the club.