I'm not sure what the mainland is like, but here everybody is swooning hard over the most recent batch of David Attenborough programmes. Or over David Attenborough himself. Which goes together quite well with the various TV series. And everybody likes spectacular footage from nature. So the series Frozen Planet, Africa, and First Life are very popular, So when Plymouth University had invited the camera crew of "Africa" to give a presentation, I thought I'd be early. That would fill up soon! But my early wasn't early enough. I was turned away.

Then a talk was announced by Hugh Miller, the underwater cameraman of both Africa and Frozen Planet. And several other programmes. And this time, they made people reserve a place. I made sure I did that quickly! So this time I got in.

And I was glad I did. The cameraman turned out to be a PU alumnus. Less than ten years earlier he had been studying marine biology here. And now he was back. With good stuff.

He spoke of how you become an underwater cameraman: you start as a assistant. Which means you get to see all amazing scenes with the hind quarters of the actual cameraman in view, but the upside is that you have little responsibility. And if the filming is especially cumbersome (heavy camera) or dangerous, you might end up in front! He mentioned he had been filming sailfish with a high-speed camera.  That seemed to have been the first time such a camera was used underwater. Capacity was still low; he had four shots of two seconds. After that, it would take hours to upload the footage onto a computer. So you better choose well when you press that button! He said his rule of thumb was: hit it when you're really scared. It must have worked for him! 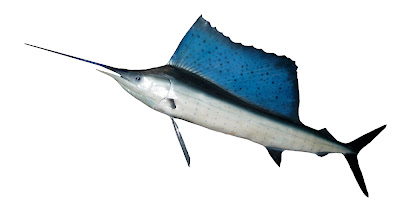 
When you then make the switch to being the cameraman proper, you end up with the responsibility. Og getting all the equipment to location. Airports seem not to like it when you show up with 89 cases of equipment...

You also are responsible for delivering the shots the producer wants. And for that, you rely heavily on scientists. He gave an example: for some programme, they wanted to film the first cuckoo (or something) that would arrive on Dartmoor in spring. And a scientist pointed them to the right tree, the right date, and the right time. Now that's service...

He then spent a lot of time telling us of making Frozen Planet. They had a little diving hut on an Antarctic ice shelf, over a hole drilled in the ice. And that hole, sometimes a 9m tunnel, was their entrance to another world. Where the light is strange, the animals too; everything, really. He spoke of the continuous soundtrack of whales and seals, and of the occasional habit of the latter to sneak up on you, to suddenly bark. Scaring the life out of you! Which is exactly the intention. 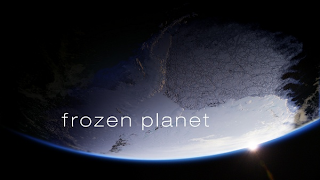 He also spoke of the shooting of the brinicle scene. For those who haven't seen it; a brinicle is a sort of brine-made ice stalactite, the results from freezing sea ice. the salt in the sea water doesn't freeze into the ice, so that ends up, highly concentrated, at the surface (so-called brine rejection). That brine is dense, so it sinks to the bottom. And where it does that, it freezes the water around it. So you get a cold arm reaching down to the bottom, killing everything that doesn't run away fast enough. When they saw these they didn't know what it was, nor did anybody else,but they were keen to film it. So they found a spot with many of these, recorded under what circumstances these things seemed to be active, put down a battery of lights and cameras, and left. And it worked! That scene is epic. Watch it here!

He had many more stories. About seals knocking over equipment, sea urchins that get ice in their spikes, get lifted onto the ice cover, end up inside it, and then end up in cross section when the Americans drill a hole for the camera crew... And of engineers getting meters and feet confused, and that leading to the waterproof housing of a 3D camera imploding... He talked for a long time, but none of us were bored! I think this guy is pretty much living the dream...