The roof hasn't come down

A year ago we visited a lovely little mine, a bit off the grid, as it might be untopped in the near future. Nothing had happened, though, so we just went again, to have a bit more time and take some more pics. It promised to be a beautiful evening so one that had a big walk to the entrance but not too much underground sounded excellent!

We walked to it in the dark blue evening light. By the time we found the pit it was proper dark. We descended; it's not the easiest place to get into and out of. But we now had time to have a proper look! We even did a bit of climbing in the various chains that were still in place. It was fun! 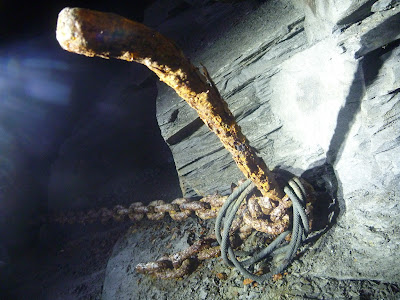 Some fuse wrapped around a peg 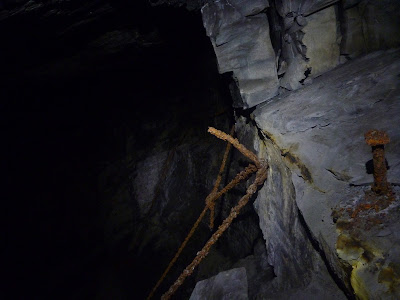 Some more chains that I deemed too rusty to descend on 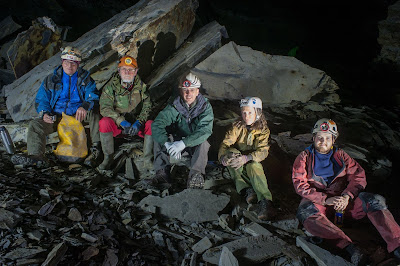 Group picture by David, with the rarely seen faces of Corin (far left) and Phil (centre) 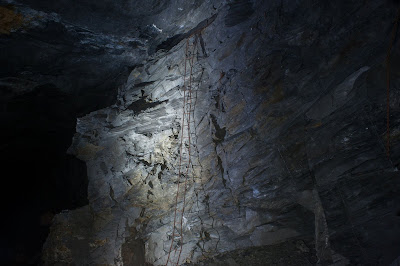 When we clambered out I had a small accident. It was a lot of scree climbing, and at some point I encountered a rock perched on top of another one; me touching it made it almost fall doen, a bit too much in my direction to my liking., I tried to deflect it but it was big and moving faster than I had anticipated. It ralled over my thumb, forcing the joint in the wrong direction. Oww! That hurts.

When I got to the top of the hole I lay down to enjoy the evening. The moon was out! A bit further down the route back, when we walked past some ruined mine buildings, David took his camera out again and took some amazing nighttime pictures. Even just these would be enough to make the trip worthwhile! 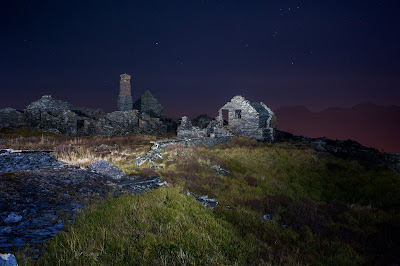 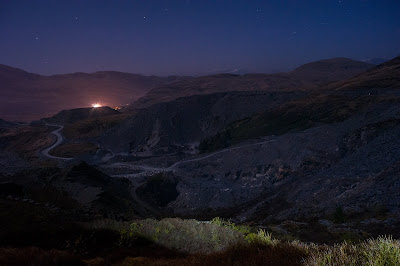 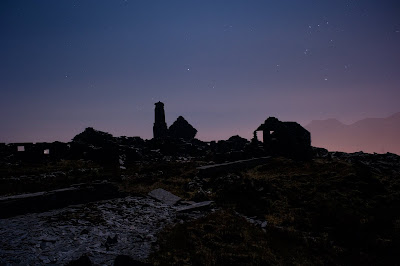 Ruins in moonlight only
Posted by Margot at 11:08