Three (1, 2, 3) attempts to get to the end! This would be the fourth. Would we get to the top of the shaft? Within minutes we were at the bottom of the already rather rickety maypole, with yet another extension. We first thought we'd add the extension at the bottom, and in preparation for that I went up to the ridge to help lift the whole construction. David came up too. Last week he ended up doing all the work. Let's see how this week would go! But soon after he got there he decided it was a better idea to bolt the extension to the top. Where I was not keen to go! And indeed, David did the job on his own. And then the maypole was long enough. Which allowed him to go up, to where some dodgy-looking wooden beams were. He was afraid they'd come crashing down, so he wanted everybody out of the way. That included me! And I was on the ledge! And the only way down was the maypole. Upon which top David was precariously balancing! Oh dear. I tried to come down carefully but the top of the maypole was bobbing up and down like a buoy in a storm. It felt like it was going to fold! But all was well. And David bolted the top. But lots of time had passed. I didn't intend to go and have a look! Rob did, and Pingu did. And well you know they were twisting my arm and I did too. There was barely any space up there! And another shaft going up, but entirely clogged by deads and soil and whatnot. As far as I was concerned, that was it then. But David wanted to go back one day and prod the blockage and see if it would come crashing down. Oh dear! I suppose I'll be there. Let's see! 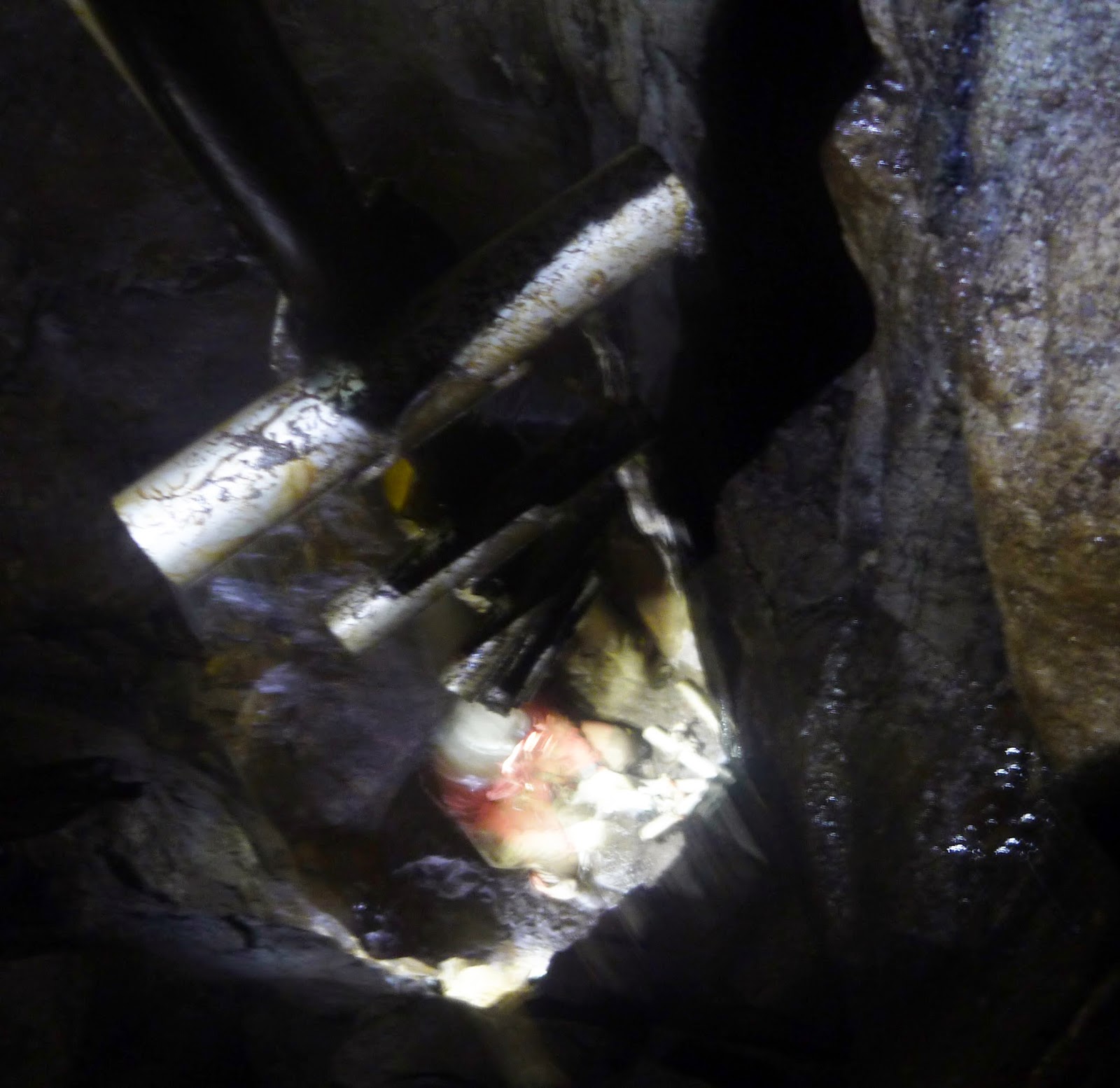 A slightly vague picture, but this is taken from my ledge down the maypole(see the rungs). You can just see Phil crouching below. 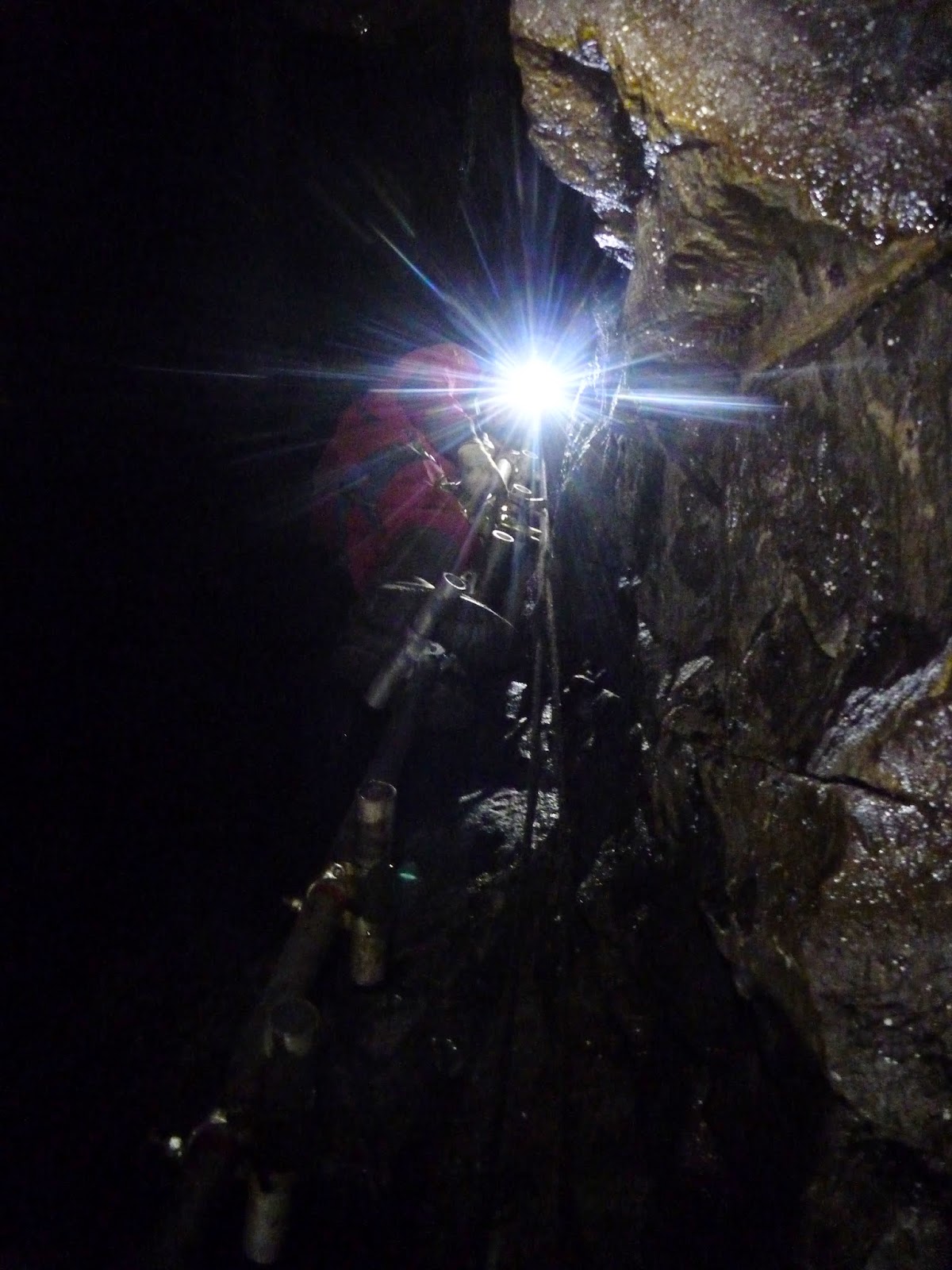 Slightly better picture of David bolting on the extension, also taken from the ledge

Then we went out. And some had become so bored by the sitting still and waiting for David to sort everything out they wanted to scamper into some adits on the other side of the road. Oh well, let's have it! And then there was chocolate cake (there's always cake if we have Pingu) and then it was time to go home. Another day of teaching preparation awaited me!