I've been moaning a lot about my enormous work load lately. And then there's a post with "party" in the title! Suspicious. Surely if I have time for a party it isn't so bad? I admit it could be worse - I DID go to that party. But all that work, especially in the weekends, makes me a bit lonely. I've not made that many friends while I've been here. It's only been six months, and two of these (and then some) I was away. And most of the time here has been busy! So when my lovely office mate Juan invited me to a Mustache party I accepted the invitation.

After our day in the field I went back into the office. Then I went home for some food, and then it was time to give acte de presence. I was so funny in the head that I walked! It's half a mile! Normally that is biking territory. But not tonight.

Near Juan's address I saw Paul, one of my other office mates, so we arrived together. We were the first! Not that I expected anything else. We were greeted by Juan who sported a monkeytail for the occasion. Special! 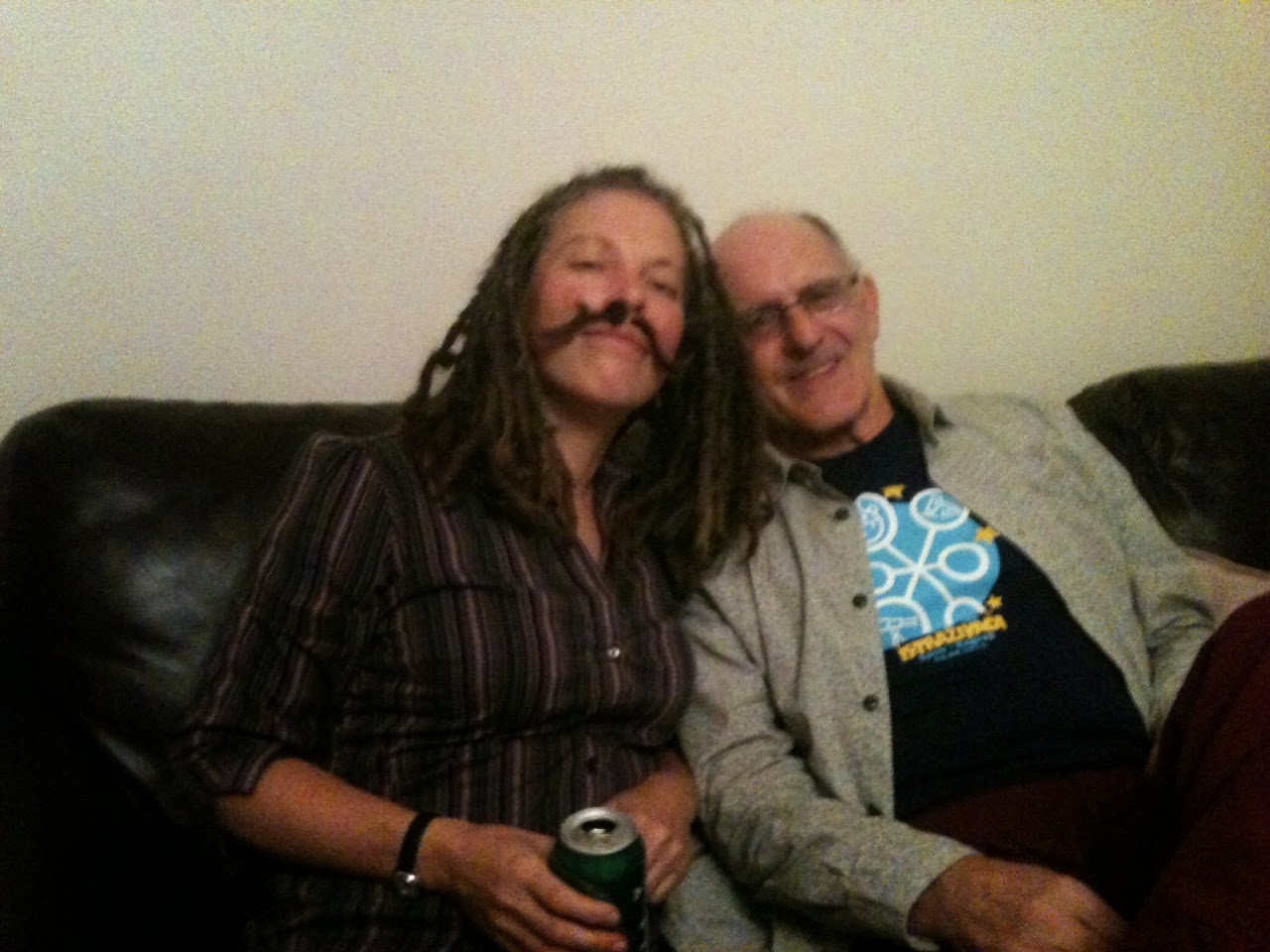 Paul and me; I think I have the best tash!

Paul had been growing a mustache for some three days (Juan's plan for a party had been a bit last-minute). I hadn't been able to, evidently, but I had come prepared: I had brough t a mustache kit. It comprises of a pair of scissors and some glue. Not proper skin glue for theatrical purposes; I hadn't had time to buy any. So a glue stick from the office had to do!

I picked two dreadlocks with nice curly ends and cut some two inches off each. And stuck them on. It didn't work very well! I had to hold my tash. And I couldn't smile or talk without running the risk of losing my newfangled facial hair. Oh well. When the glue set a bit it got better. I looked damn good, though!

After a while two more people arrived. And then a few more. And then my last office mate with her house mate. We were complete! Office-wise, at least. And Paul was completed; Stella didn't think his mustache was sufficient and gave him a fake one, which very charmingly made him look like Hercule Poirot. He should keep it! 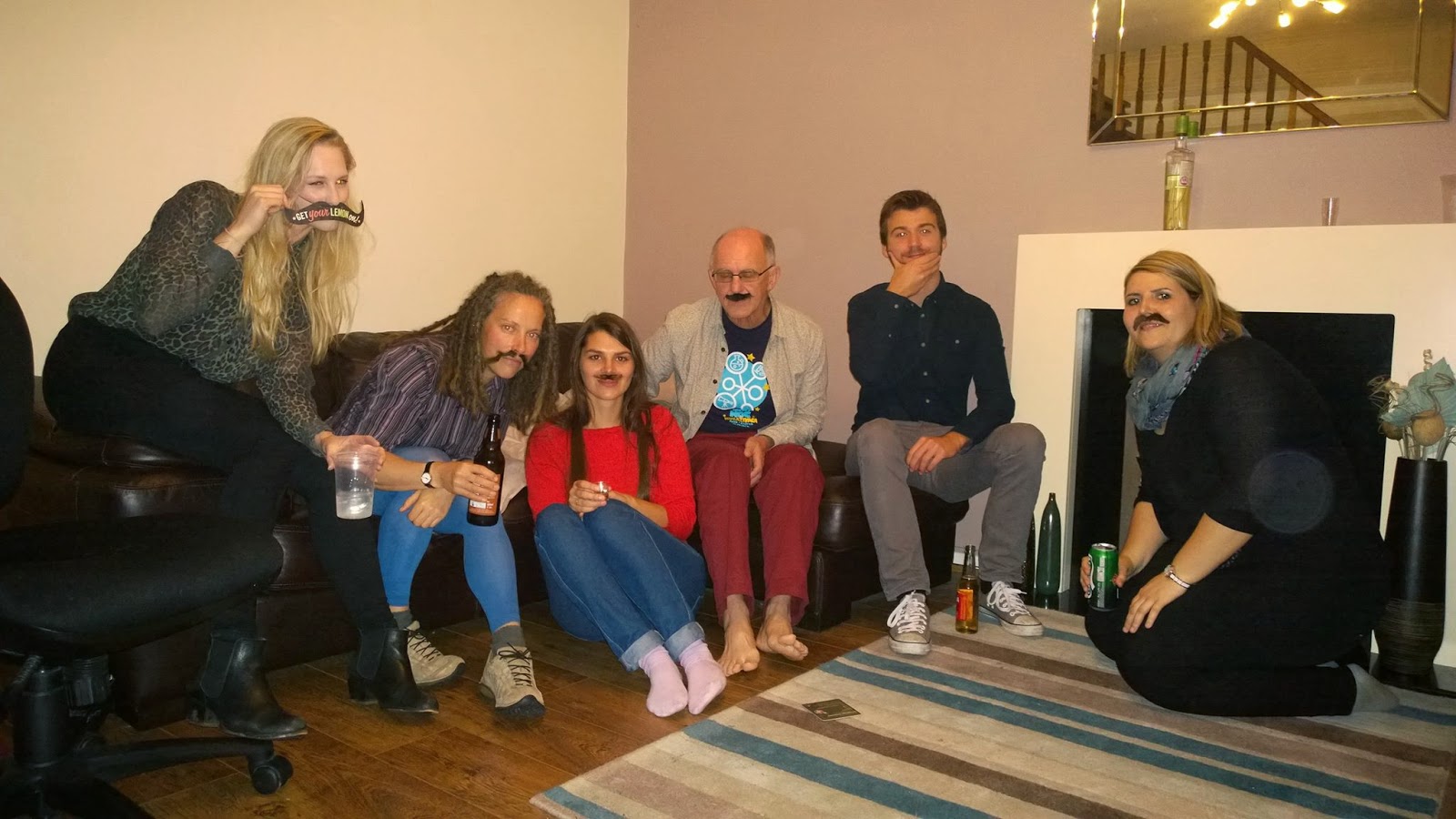 And then lots of people arrived; time for me to go. This way I could still be in bed at a reasonable hour, and in the office relatively early the next day! Sad to miss most of the fun, but it was great to have some two hours of company, beer, and relaxation. And a tash, but somehow that wasn't the best bit...