The first time I came to North Wales I saw Dinorwic Slate Quarry for the first time. And I was blown away! What do you imagine if you hear "slate quarry"? An unimaginative hole in the side of a hill? That is sort of what I'd thought. But Dinorwic is massive, complicated, and riddled with industrial heritage. Ever since I'd seen it from the other side of the lake I wanted to one day have a stroll around. That weekend we only saw the museum at the bottom, and later weekends we didn't go there at all. But now the time was right! It was still Easter weekend, still amazing weather, and we figured Dinorwic would be beautiful, but largely devoid of people, even on a day like this. So off we went!

We walked in, walked along a ledge to a tunnel that lead to another part of the quarry, where some climbers were doing a very difficult route (here it's done by its inventor), and then we walked up an incline. We admired all the remains along the way. There is a lot to see! And walking along we came to another part of the quarry, where the original ladders connecting the various levels were still in place. We went down a whole array of them! One was a bit daunting as it involved a change-over in mid-air, but that only made it more fun. And once we reached a level from which the only ladder down spelled suicide we walked along. And then the same thing on the other side! Up the incline, admire all the stuff, and then down again. This time we were back at the car at a sensible time. And we drove back home in only some 20 minutes. Isn't it great to live here! And we had time and energy left to go into town for dinner. And Menai Bridge doesn't offer as many possibilities for dining out as it does with outdoor exploits, but that's the right way around, if you ask me! 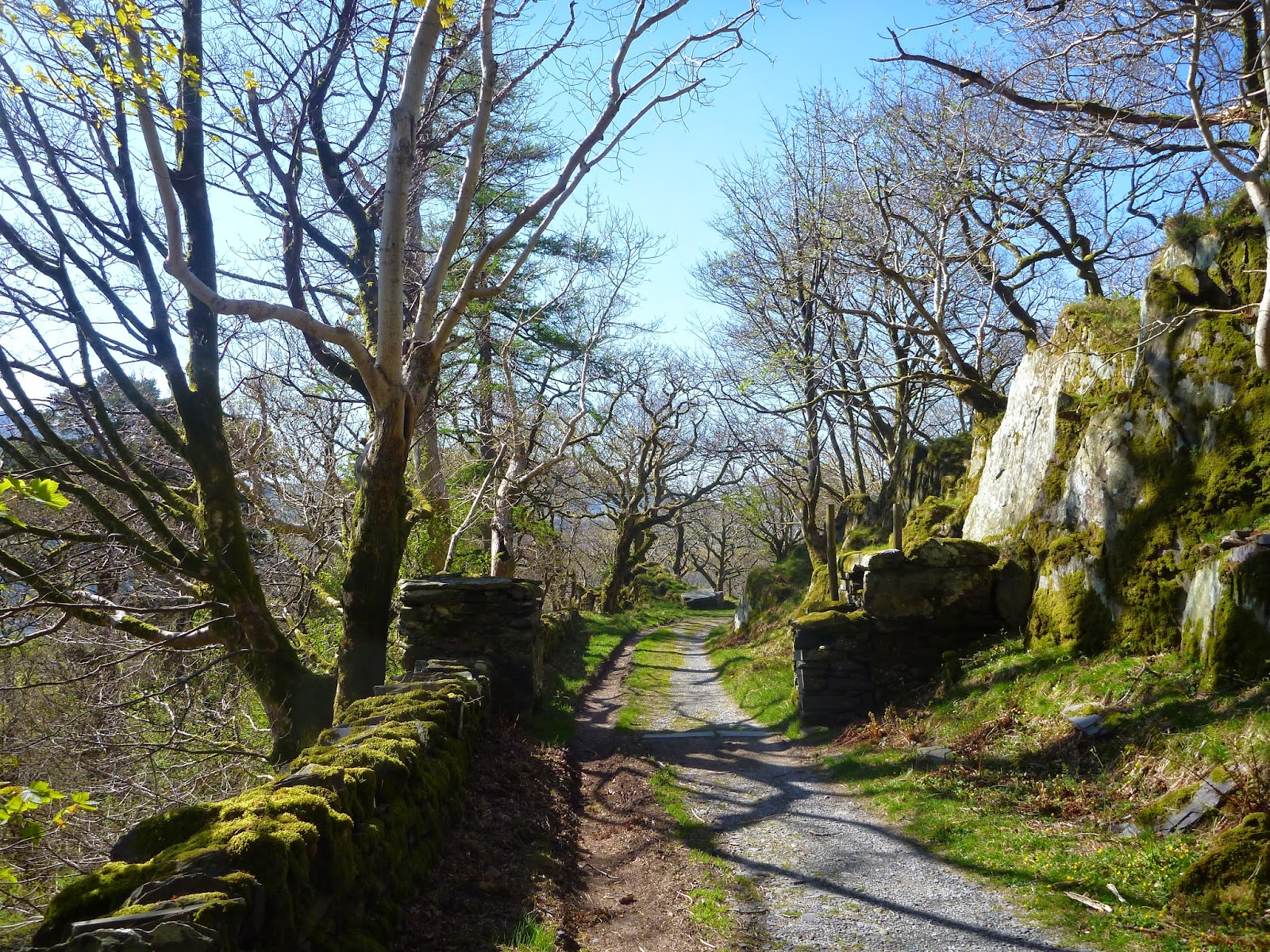 The road to the quarry 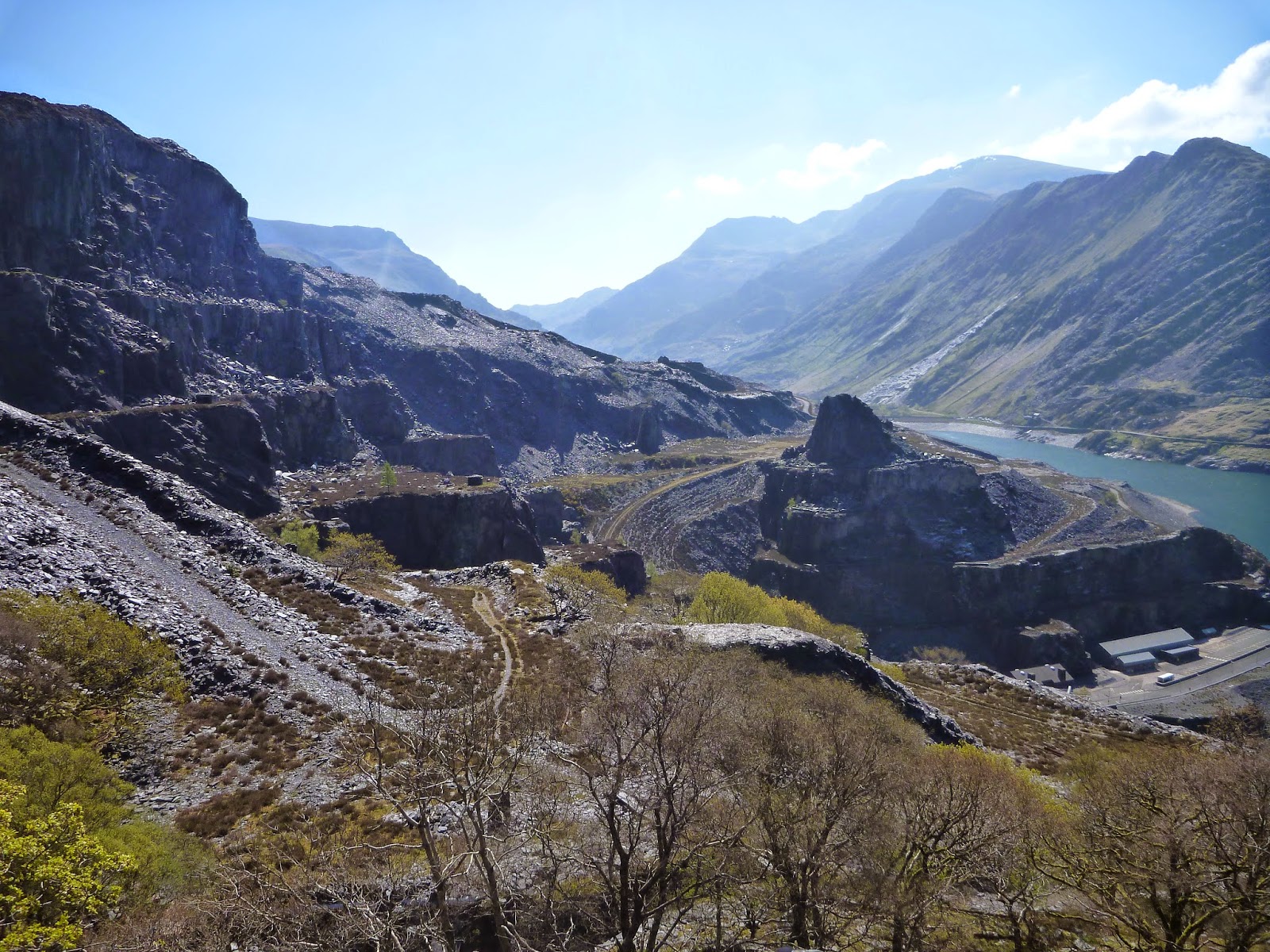 The first view into the quarry 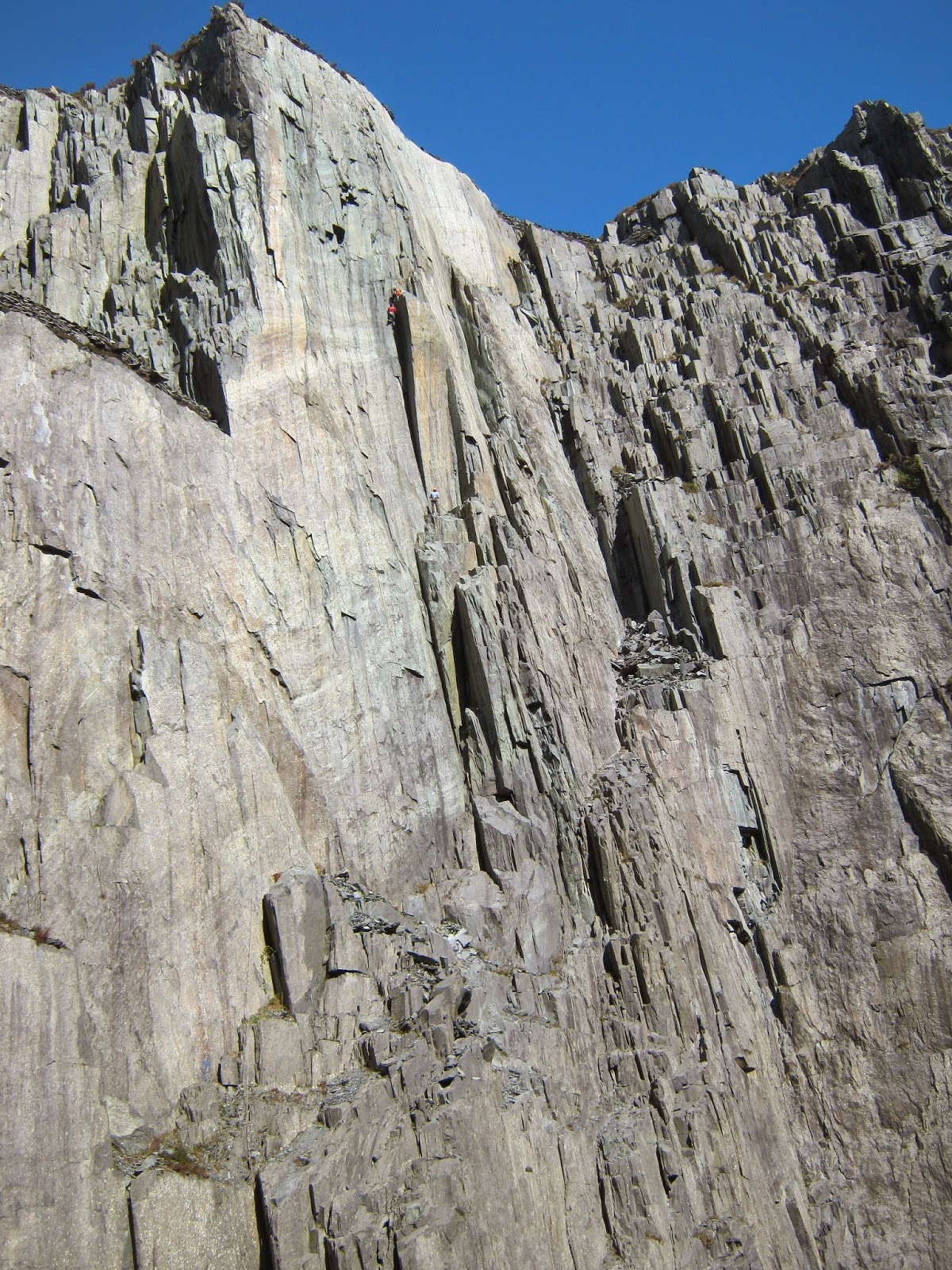 The small red dots are the climbers! 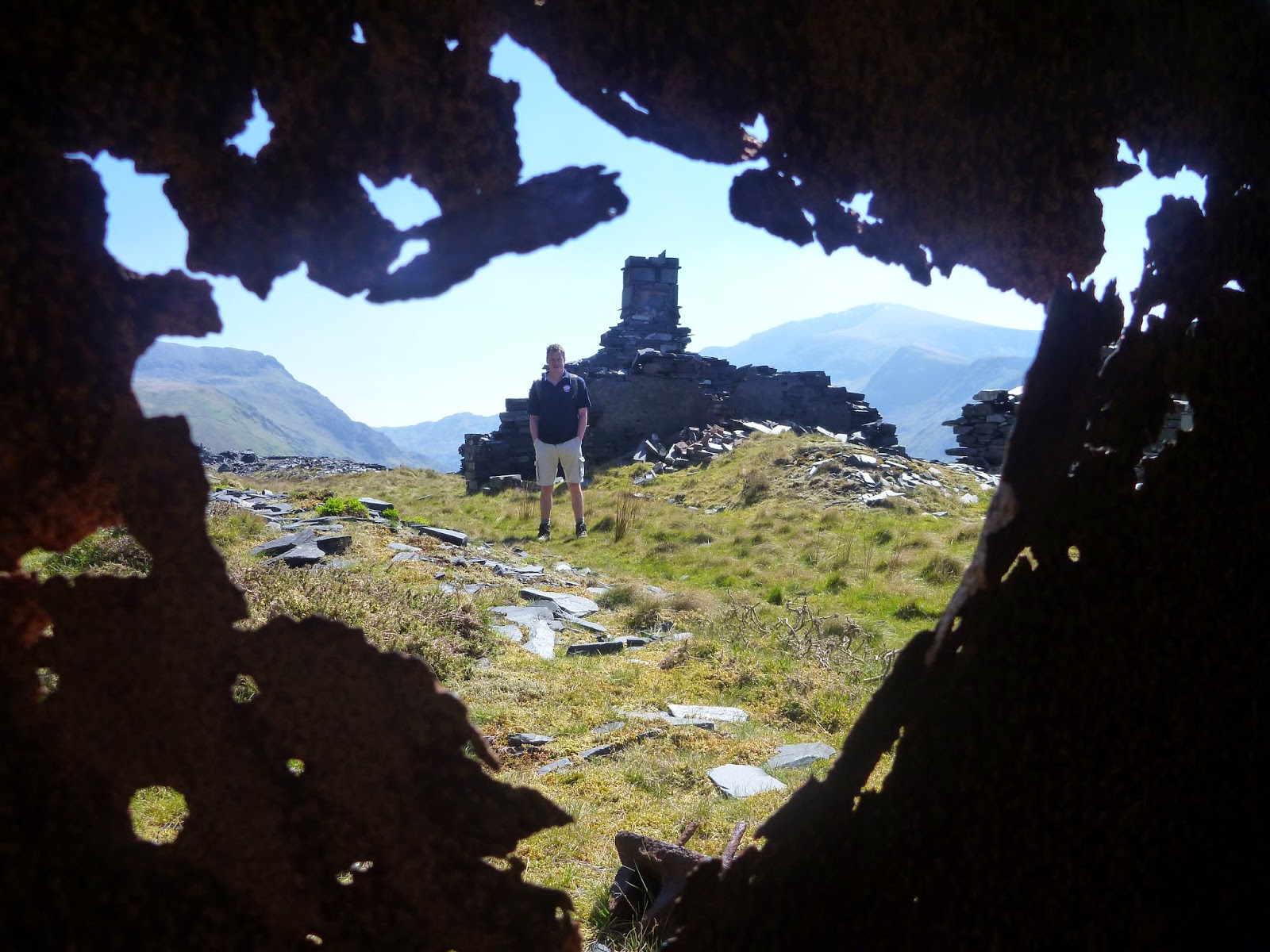 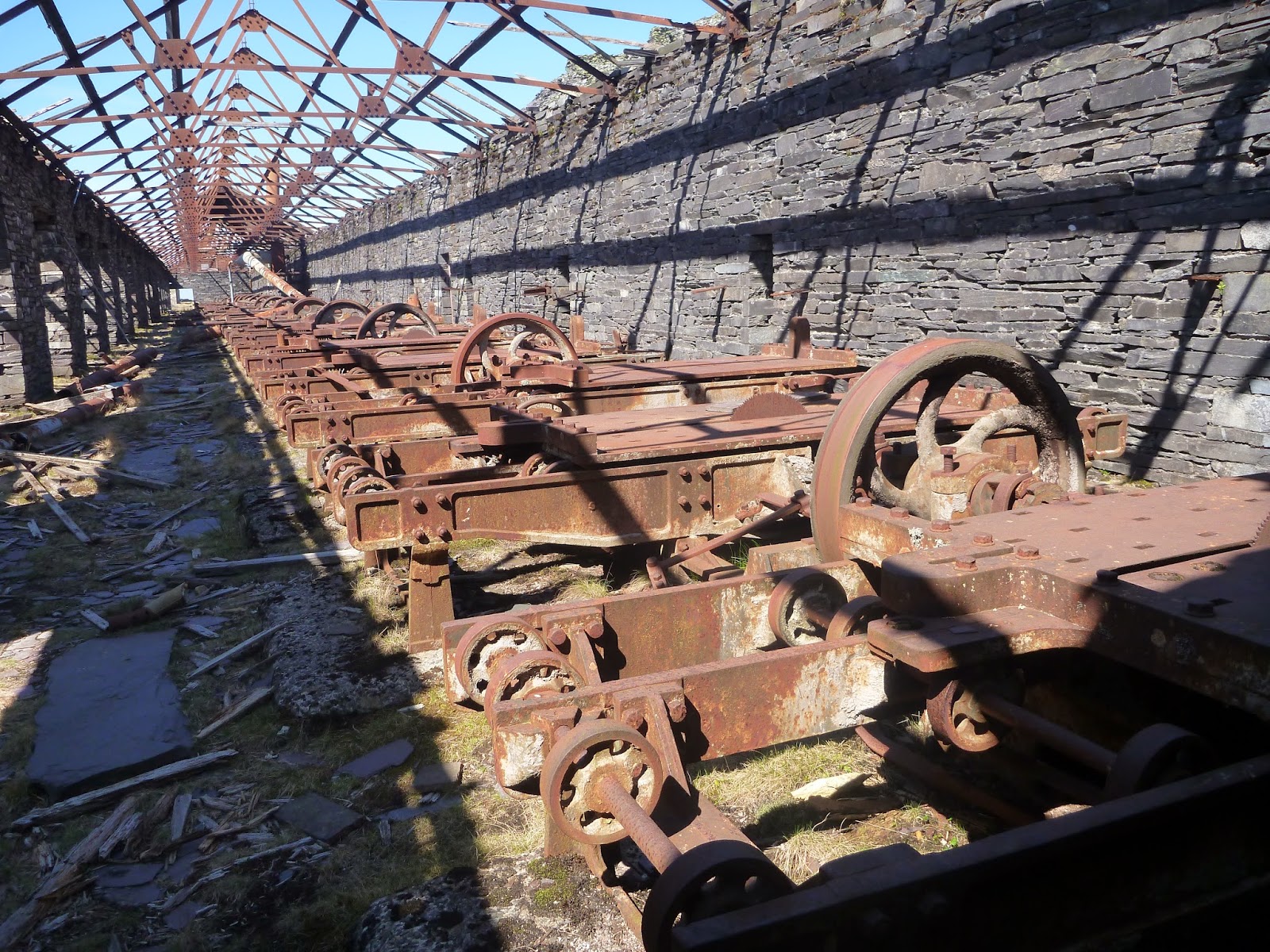 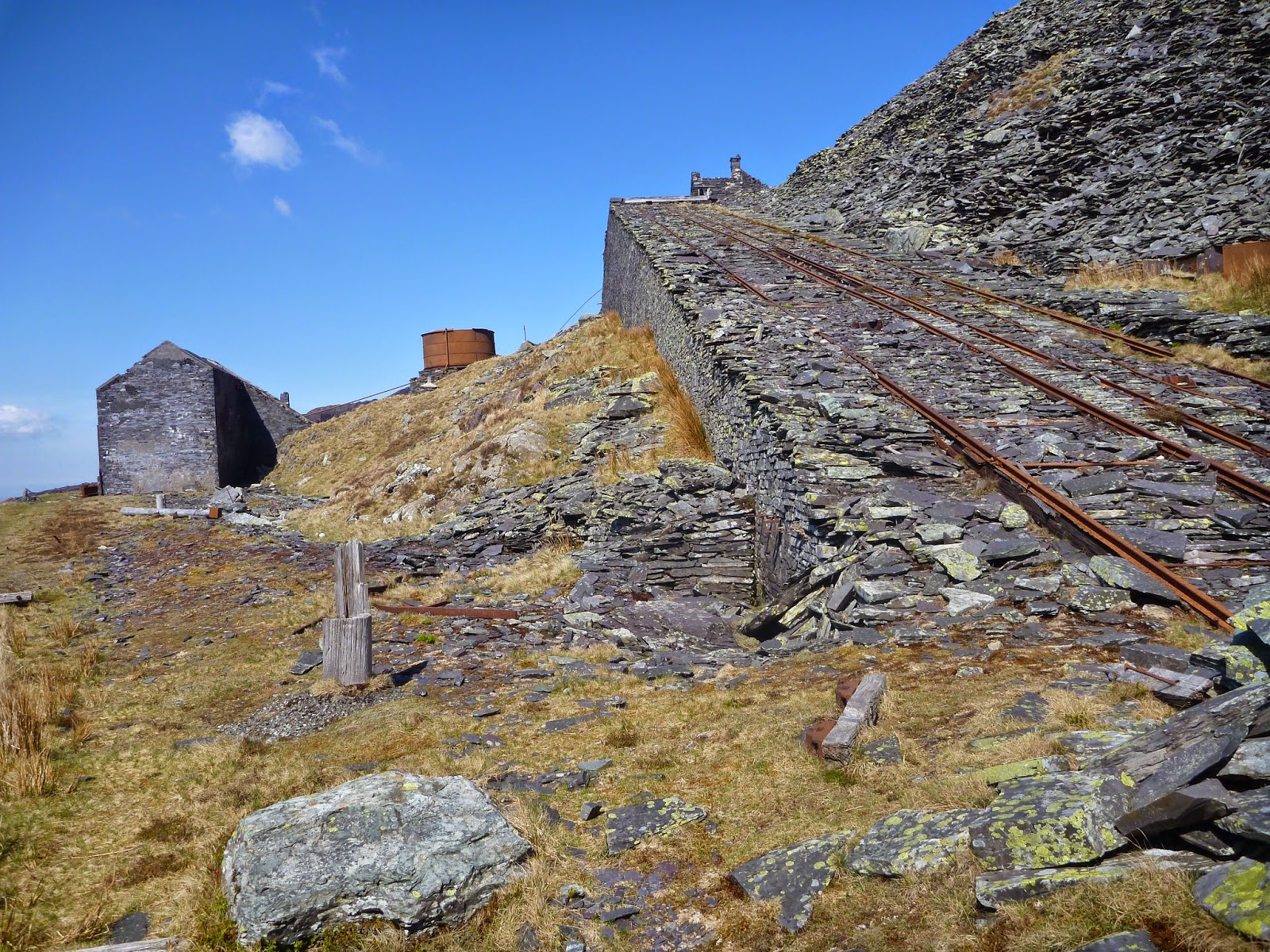 An incline we didn't climb 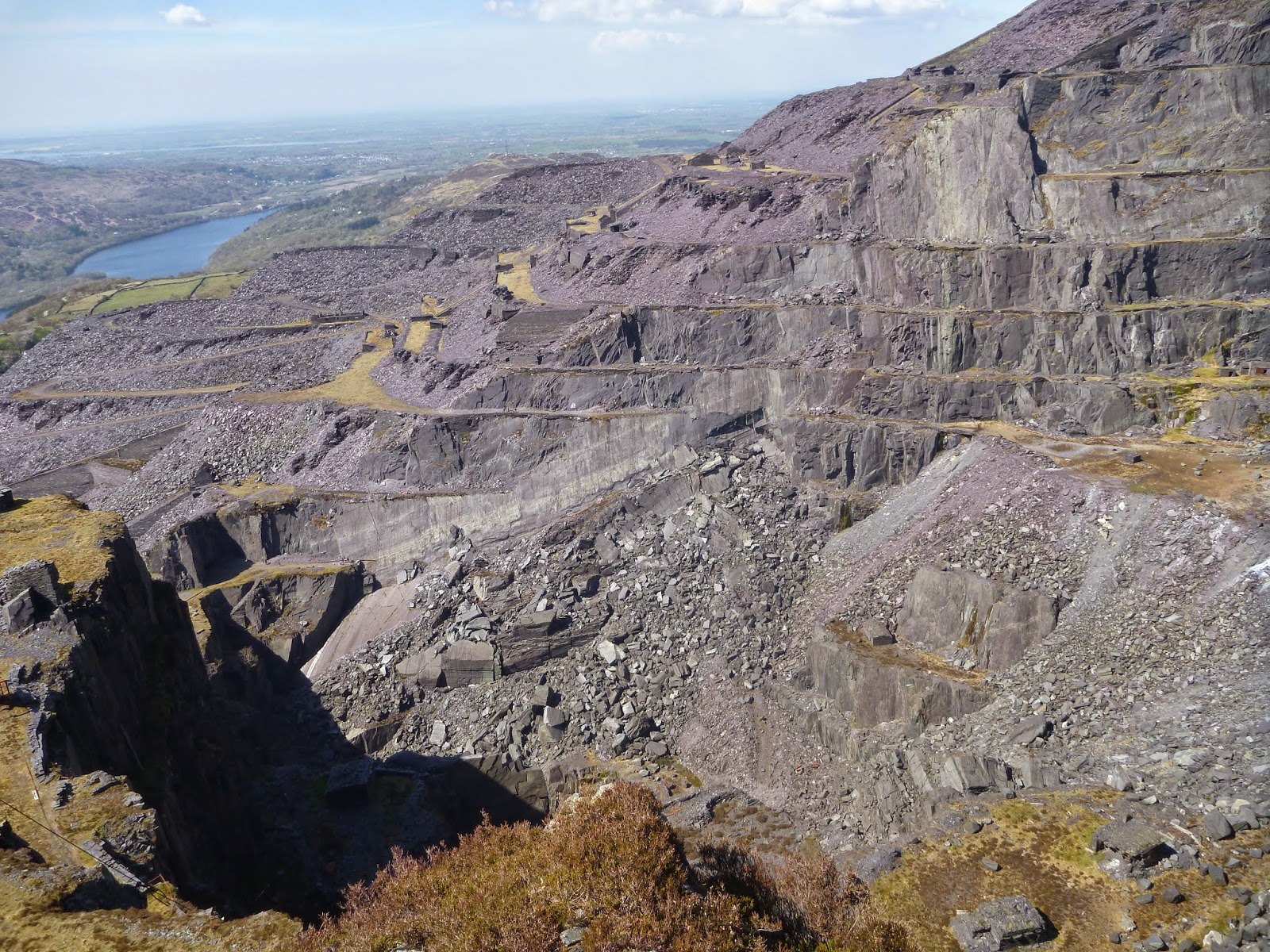 View into the laddered bit of the quarry. Notice the buildings on the far side for scale. 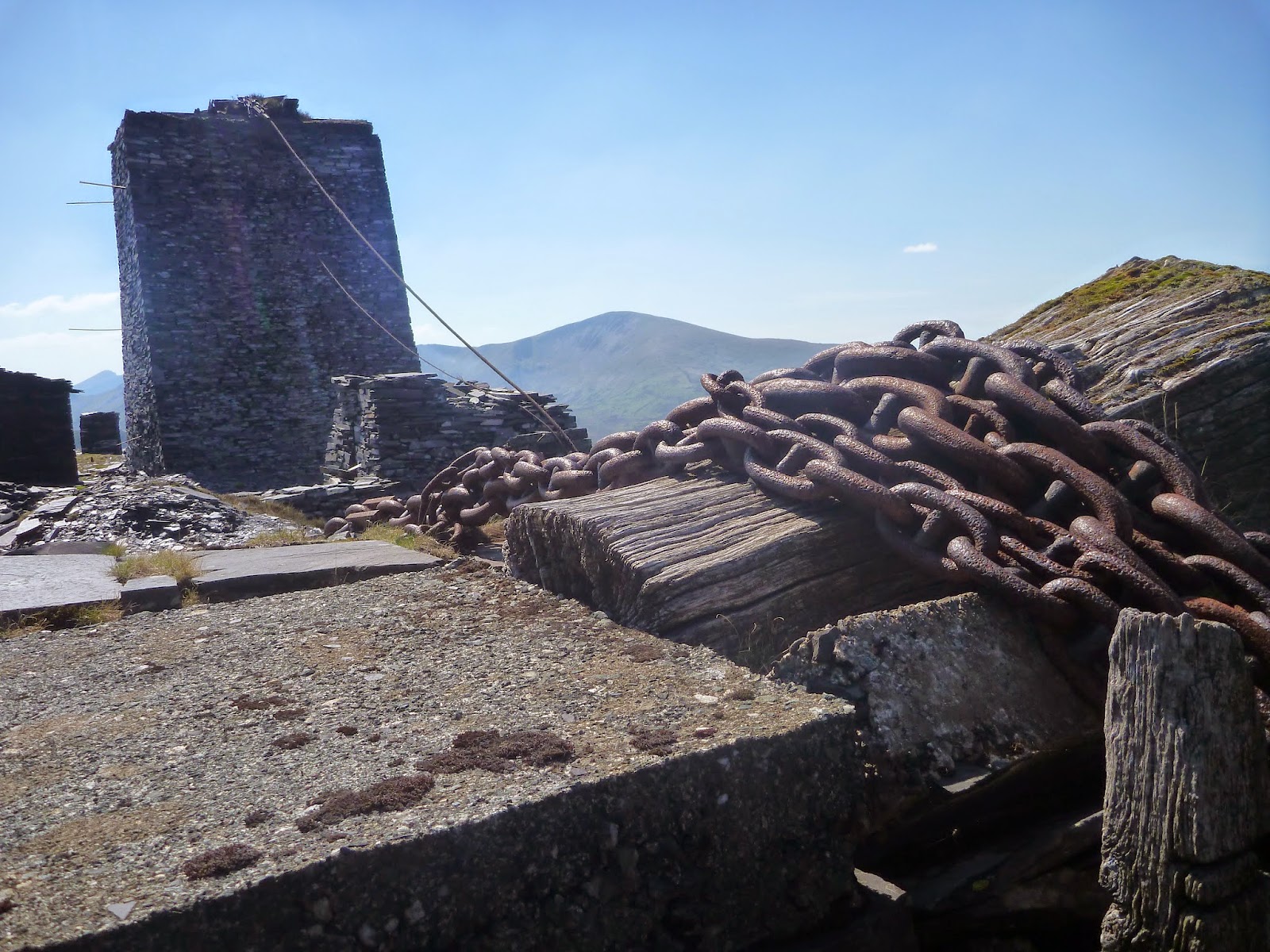 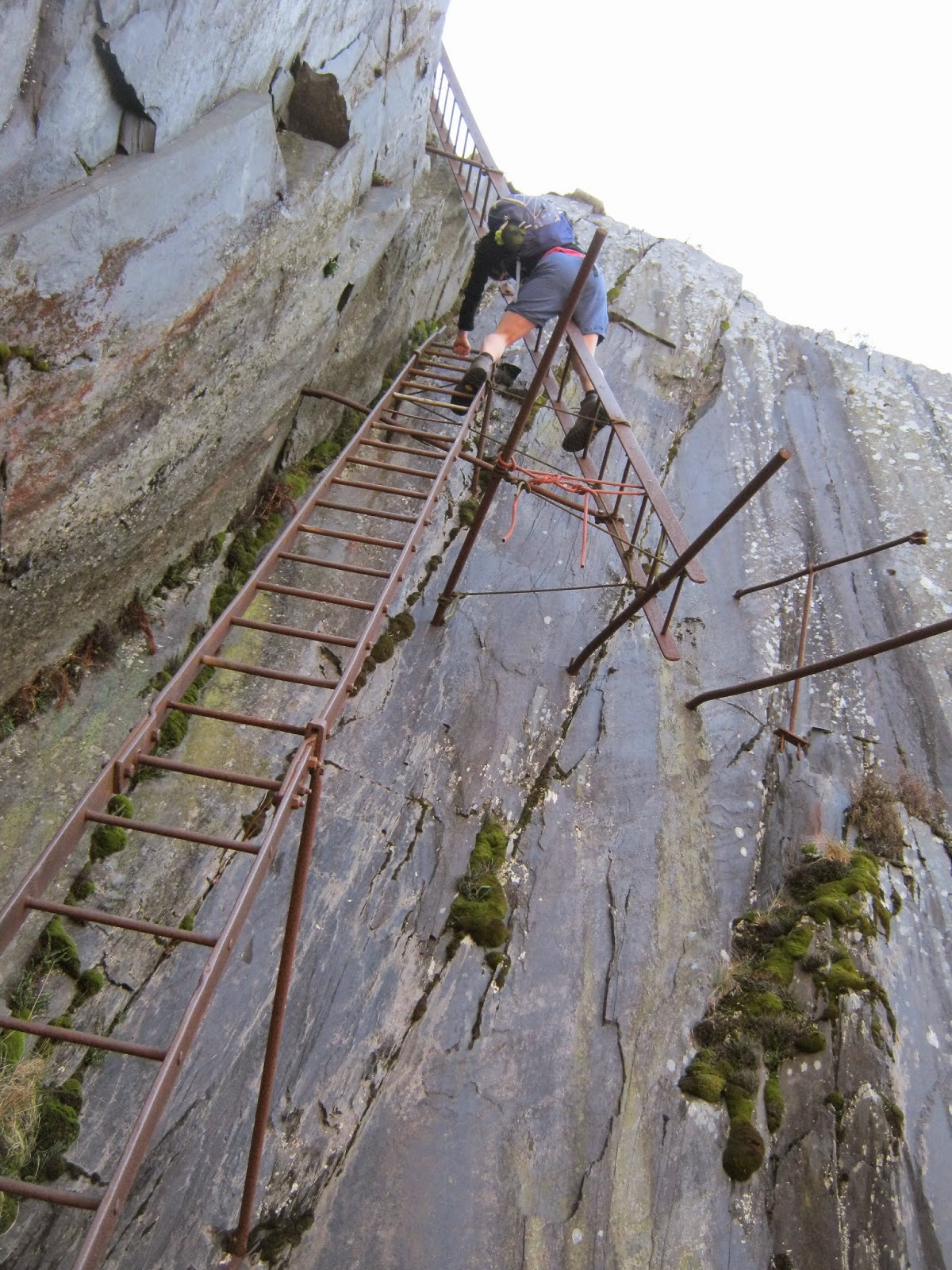 Me doing the ladder change-over 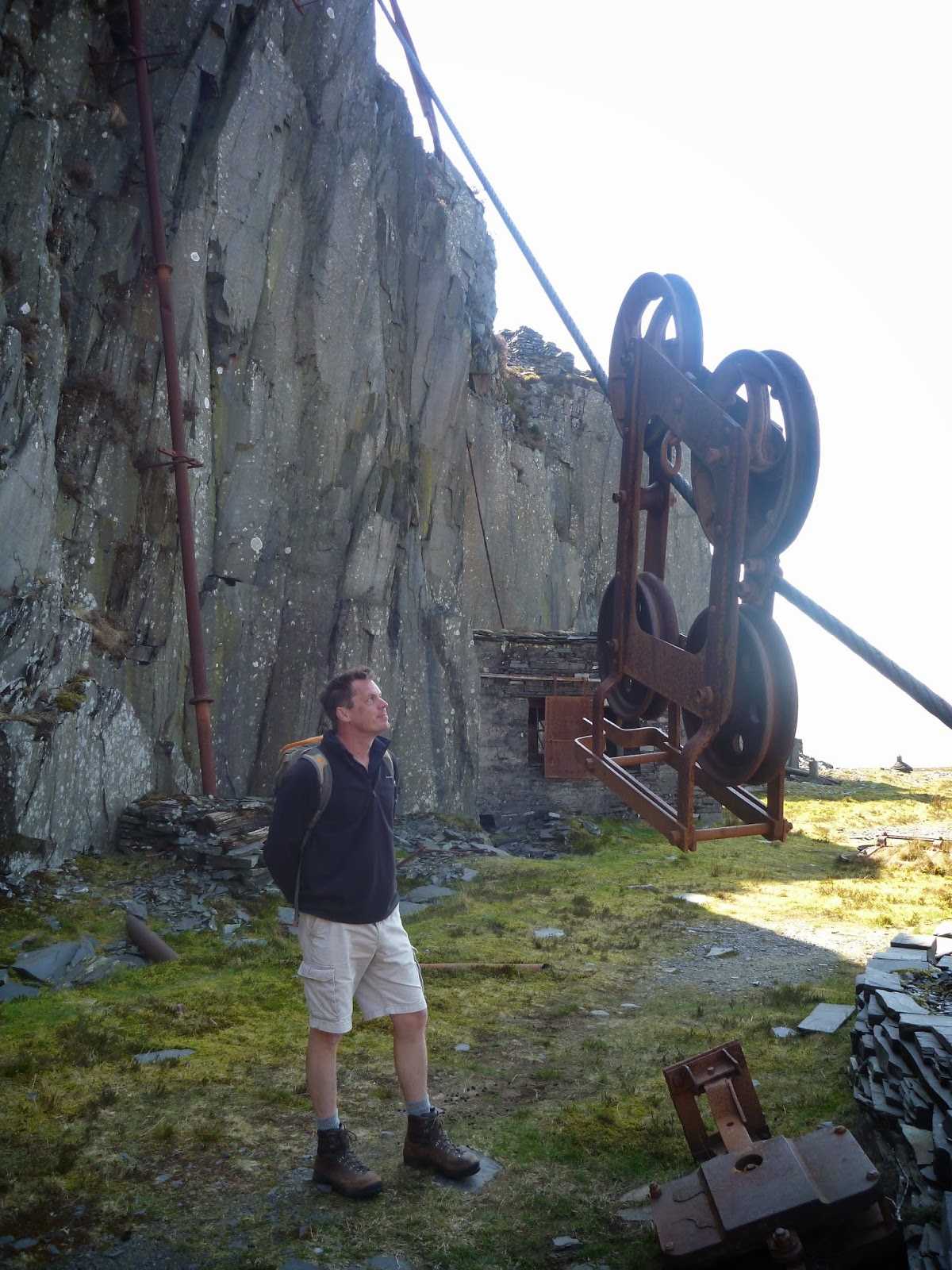 Rich staring at a blondin (for those who follow that link: it's the same one!)

I don't know if you are aware but the little red dots appear to be climbing The Quarryman which was for many years considered the hardest climb in the world. First ascent by Johnny Dawes which you can see in a little old documentary thing called "Stone Monkey".