When Rich would visit me in York we would often go into town or on a ride elsewehere on my two bicycles. But these days, I only had one that worked! So when Rich came to visit me in Wales he brought his own. And not only that; he brought a bike that had been gathering dust in his garage, for in case the black bike would indeed be irrepairable. And after two beautifully sunny days, which we spent in Snowdonia, we used a rather cloudy and windy morning to see if we could A) repair the black one B) make the new one road-worthy after its long hibernation. 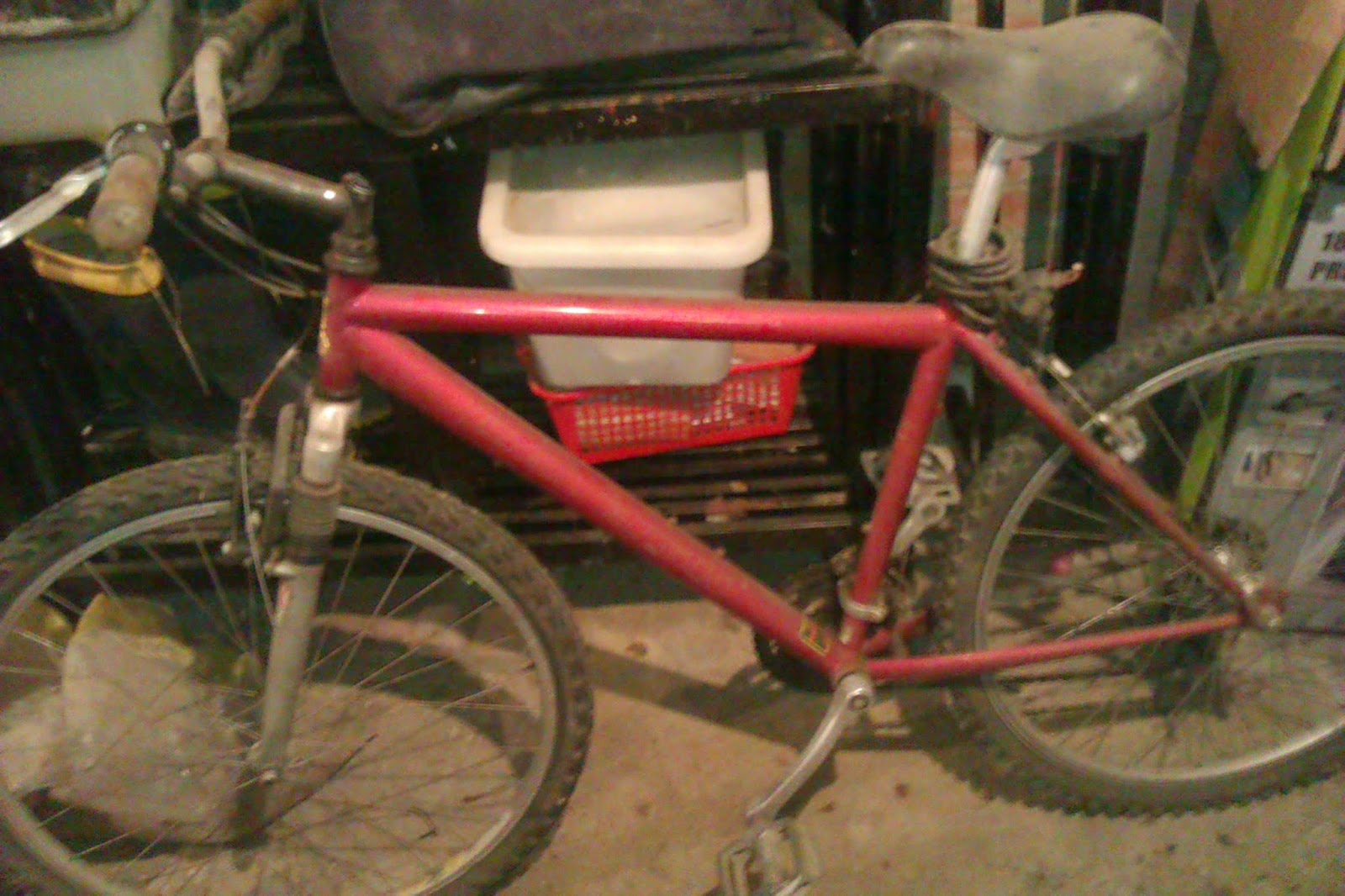 The dusty bike in Rich's shed

The issue with the black bike (earlier episodes here and here) was that the wheel tended to fall out. On one side the derailleur half blocked the slot the axle fits in. And that lead to it falling out on the other side. The garage had fixed that problem but replaced it with another (namely, that the wheel didn't rotate freely anymore), so we were still quite close to square one. But we decided to try to just file off the blocking bit of the derailleur. It looked like it would still easily be solid enough! So we did. And it seemed to work! I also replaced some random thing on the axle (not always a good idea) with a big washer for extra friction. And then we had to adjust the brakes. The red bike needed some tuning of the gears too, and some air in the tyres, and adjustment of the saddle. Not much, really! And when we were done we decided to try them out. We went east. And they both seemed to be fine! When we hit a slope I found out the hard way the red bike has its gears tuned such that if you gear down the chain falls off, but after putting the oily thing back on a few times I learned to avoid the danger zone. And the black bike was fine! So we went all the way to Beaumaris. And that's not very far, but further than we took for granted.

Once in Beaumaris we had a small walk around, and bought soem food as all the shops in Menai Bridge were closed. And then we went back! I'm glad I didn't choose to live in Beaumaris; we were quite keen to avoind the main road, but the only feasible alternative starts with a hill that would guarantee a very sweaty arrival at work every day... So now I went from one working bike to three, all in one weekend. Opulence! Thanks Rich!