I was just biking past the Ouse with Rich, back in York, when the rear wheel of the bike he was riding fell out. What the...? But we were on our way to the bike repair shop anyway, so we just asked them to sort this out. And they sort of did. The wheel was back in the frame, with a new bolt (the old one had gone missing). But in the following weeks, the wheel kept falling out, however forcefully we tightened the bolt. So when I couldn't do more than about two metres on the bike I admitted defeat and brought it to Halfords. Whose employees said that two days later, the bike would be fixed. It wasn't. I then came back the next day. The wheel was in place, but they had forgotten to put the brakes back on. It took them some half hour to fix that. I took it for a test ride. And after some two minutes, the wheel was decidedly inclined again! I figured I wouldn't get far on that, so I gave it back again. Upon trying to properly fix it they decided they just couldn't. So on Sunday afternoon, I took it home.

I'm not giving up on that bike; I'll look for someone who can weld, and who can perhaps make small but relevant changes to the frame, where the rear wheel is attached! I have asked the local garage owner; he wanted to see the bike before he made a judgement. I'll have to get that bike down one day (one of those days that allows walking to work) and I do hope he then comes up with a positive message! He was repairing several old timer cars; he might be able to do miracles on an old timer bike too... And if not I don't know who to ask, but I have a garage, so I can afford to keep the bike there until I have thought of something. The last word is not yet said about this issue! 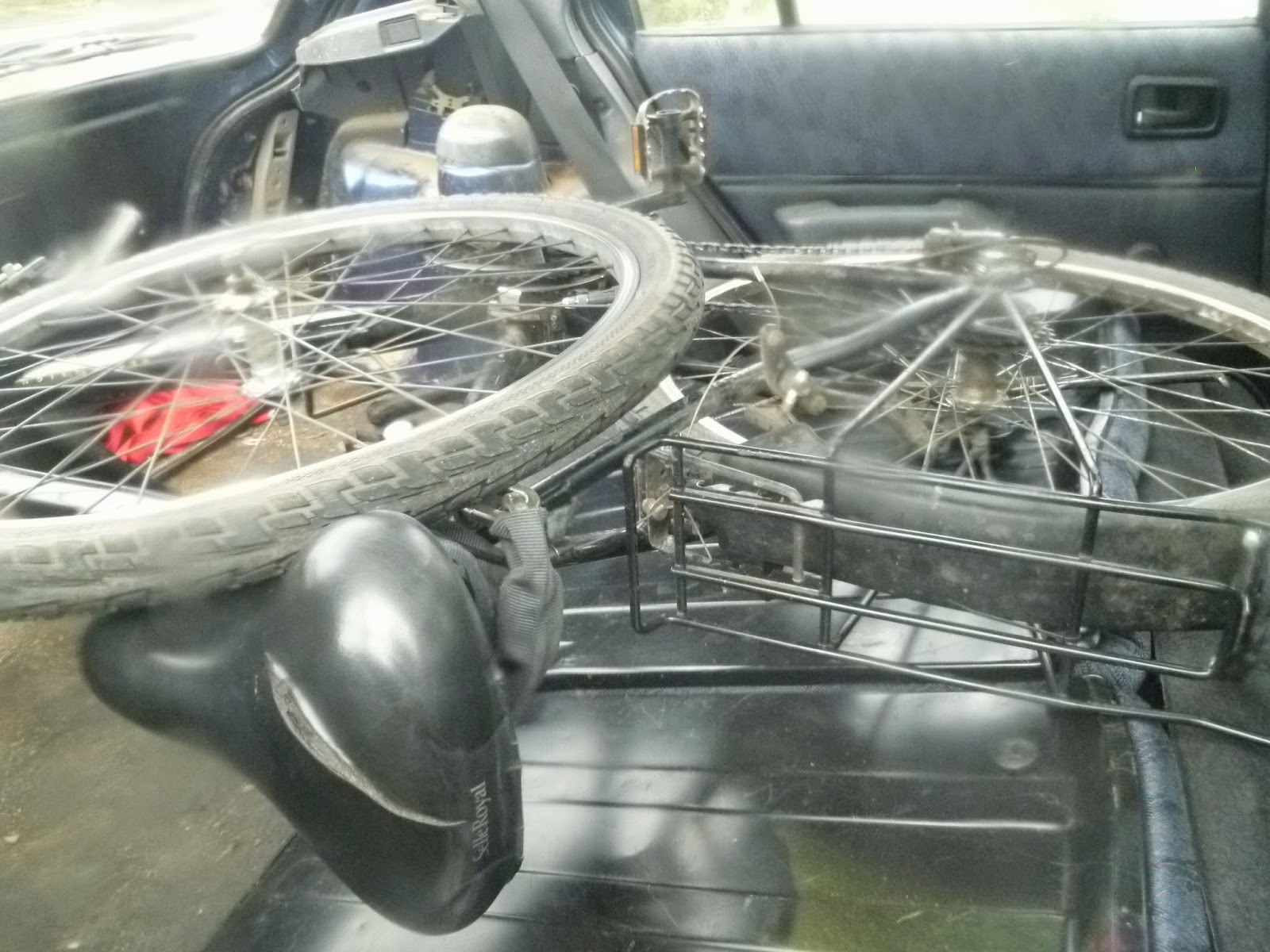 The poor, temporarily defeated bike in the back of the car
Posted by Margot at 08:26