I set off from York around 10AM. Plenty of time; I had to be in Bangor by 15:30 for the signing of the contract and transfer of the keys. Very important! If I would be too late all would fall apart. And what can I say; the car isn’t the youngest anymore. But nothing went wrong. With one coffee break at Chester I drove problemless to Bangor. I realised I was driving pretty much straight past a B&Q; I was so early I decided I could easily afford to go in and buy myself a fire pit for my new garden. Maybe my first night would have use for it! 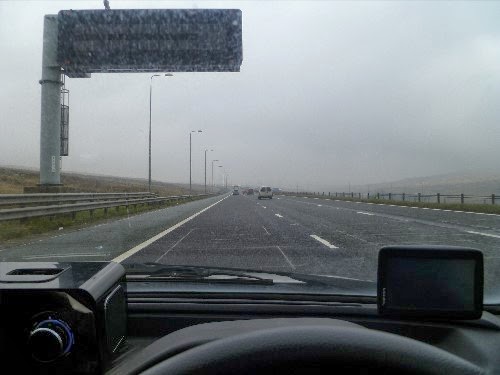 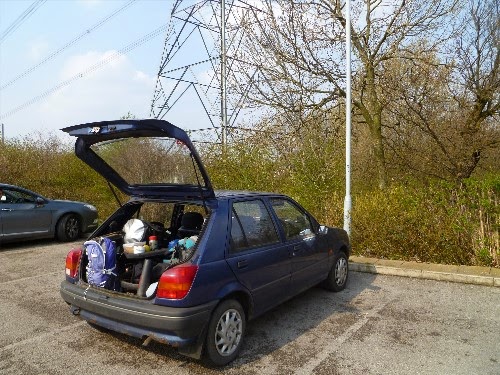 When I got to the house, I still had plenty of time, so I decided to drive on to the next village where I knew there was a second-hand furniture shop. I knew the house had no built-in clothing storage, quite unlike my houses in York and Plymouth! So I needed a wardrobe. And that is the sort of place where I like to buy such. And after some searching I found it! And then found a wardrobe. Only for hanging clothes, but you have to start somewhere. There was no time left to hoist it on top of the car though; I had to get back. And as soon as I was, the estate agent appeared. 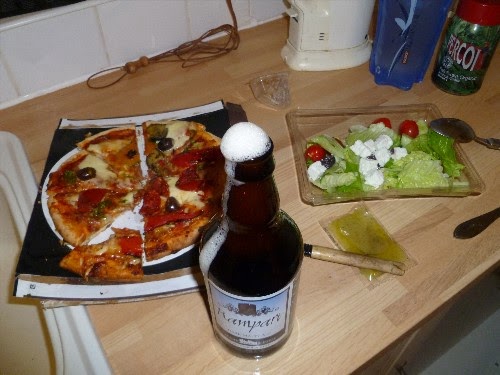 My first meal in the new house!

We went through all the paperwork and some of the practicalities. And then the house was mine! It was still empty, but it was mine. I had a cup of tea in front of the gas fire (the central heating, switched on by the agent, took a while to warm up the house) and then started to go through the inventory. Then I went to the supermarket for a first simple meal, ate that, and checked my furniture plan. A floor plan is not a house, after all! But then it was bedtime. I rolled out my sleeping bag in a corner and went to sleep. The next morning, the removal men would show up again at 7AM! And then the real work would start. But very satisfying work with very tangible results! 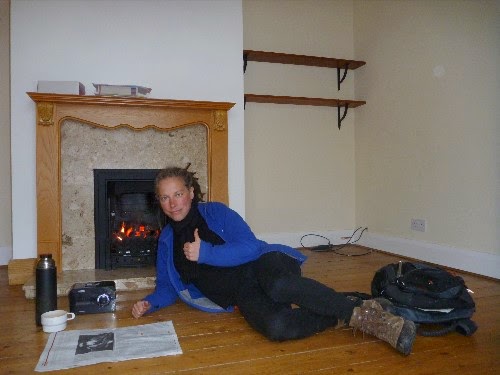