The times, they are a-changing! It had been a long, long while coming, but now things have come into the light of day. My days in Plymouth are counted! Somewhere in spring, probably May, I will be moving north. Have I found a new job? No, I haven’t, but two of the men in my life have! And I come along.

Roland had seen an advertisement for a job at the University of York, that had caught his eye. They were looking for a new chair in Physical Geography, and they hoped Roland would be willing to apply for it. He was! He has been living in the Southwest for over 17 years now, and he was ready for a change. And there were some more factors in play. Furthermore, if he wanted to move elsewhere, this may be the time, as neither of his children went to school yet. 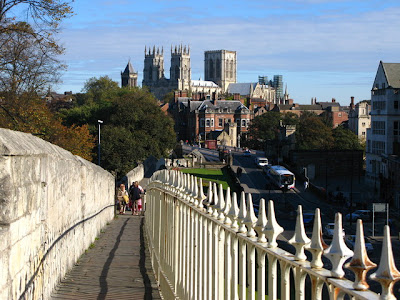 I am paid for, not by university, but by the NERC (comparable to KNAW in the Netherlands), as part of a big research project. That project is linked to Roland; not necessarily to Plymouth. So what would I do if he got the job?

Another big change helped make that decision. Hugh was aware of the end of his project, in July 2013; he isn’t the kind of guy to wait around until it is upon him. He kept an eye on job sites. A permanent lecturer’s position at Liverpool University came up, and of course he applied. And those who have seen his CV would say: of course he got the job. Who could rival that?

So when that was decided, Hugh kept his fingers crossed for Roland, whose interview was later. Plymouth-Liverpool by train is ~6 hours; York-Liverpool is about 2.5 hours. A big difference!

Of course, Roland got the job. He accepted about a month ago. He wanted to negotiate the position to the last comma, though, so he hasn't signed it yet. And as long as he hadn't signed he didn't want me to blog. As it had already been officially announced in the department I wasn't sure if that was a reasonable request, but before I made up my mind York officially announced it too, so that was the end to all the secrecy. So here it is, the announcement on my blog!

So big change is upon us! Roland starts on June 1st. I suppose I would do something similar. Hugh intends to move in March or April. So now I have to make sure I enjoy the Southwest while I live here! I will miss many colleagues and caving companions. And I will miss Dartmoor, the plethora of mines, and the hills in town. But I trust I will get lots back. 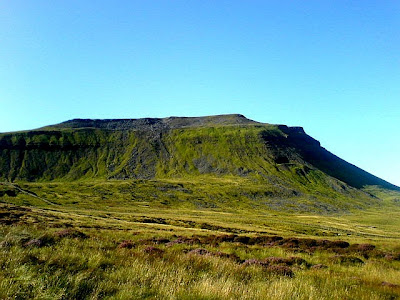 I have only been in York once. Do I know what I let myself in for? Clearly not. But what DO I know? York is small, beautiful and old, and the university has an excellent reputation. York undoubtedly has more to offer regarding cinemas and such than Plymouth. The Yorkshire Wolds are nearby on the east; the York Moors are nearby in the north, and the Yorkshire Dales are nearby in the west. And these Dales have lots of interesting caving! I have been assured by many I will like the underground world there. They also seem to have a good cave rescue team. I trust I will grow roots there soon!

I am excited. I am keen to find out more! And I trust the same holds for Hugh and Roland!
Posted by Margot at 07:45

Great news! Congrats to Hugh, and do I smell some new potential zomphop destinations?

So you are going to Heartbeat-country...

Thanks Roelof! Ad yes, the Dales must be beautiful! I'll make sure to scout them out.

And Jesper: well I had never heard of that, but yes indeed!

Heartbeat (små og store synder) is my favorite in TV - a story about life in a village in Yorkshire...