Mining in Cornwall. The phrase has a decidedly historic ring to it. It sounds rather 19th century! And reality is of course wider than the cliche; it probably started in the Bronze Age, and only ended in 1998, but it's hard to think of  Cornish mining without thinking of chaps with mustaches having a candle on their hat. But Cornish mining is not dead!

The last mine to close was South Crofty, in 1998. The tin price was at an all time low, and it just wasn't viable anymore. They quit production, they stopped pumping, and that was it. 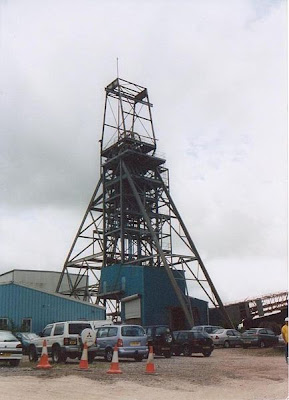 Only a few years later the tin price went up again. And up. And up. If the money invested in keeping the mine going in the last years had been spent on not mining, but just pumping, they could have recommenced as soon as the ore became economically winnable again. But that's Captain Hindsight speaking.

Why did the tin price rise? Several reasons. More and more people turn to tin for welding, replacing the much more unwholesome lead. If you add tin to steel, it provides protection against corrosion. If you add tin to a certain kind of batteries, they hold their charge better. And one could go on. And in some regions, tin mining is on the way down. So this may be the time for Cornwall to claim back its place on the world stage of tin mining.

One wonders why there a mine, having been in operation from at least the 17th Century until 1998, still holds enough ore to be of economic interest. Yes the tin price is several times higher than it was when the mine closed, but surely, the tin price must have fluctuated a bit over that period. It seemed that there were a few reasons for that: one was that mining directly underneath the town wasn't allowed for centuries, another one was that the methods used didn't take the irregularities of the mineral lode into account, and another was that for some reason, mining up is harder than mining down, so the original mine just went further and further down, and ignored all the riches overhead.

What the new owners now want to do is make an incline, right between South Crofty proper and the neigbouring mine (Dolcoath, if I'm not mistaken), and mine away all that's left above the original workings. These days it's much more efficient to just truck out the ore; no faffing around with steam trains in horizontal tunnels, unloading these, putting the ore in a big bucket, and then hoist it up a vertical shaft. They've inventoried how much tin is still in there, and they're determined to get that mine working again. It'll take a while before it kicks off for real; they'll first have to de-water it. Not a quick task! But once they properly get going, it will be the historic re-start of Cornish mining. Tin mining!

"Oh no", you might think now, "that will be massive pollution and spoil heaps and tailing dams and noise and misery and whatnot! Dead robins!" But things have changed; these days you need a permit for discharging your waste water, so you'd better treat it before it goes anywhere. Whatever rock you crush that's not ore is either sold as aggregate, or put back underground - there's plenty of space... So the sad thing is that mining these days doesn't look like mining as most of us imagine it, but the good thing is, it isn't very disruptive. And I must admit that I find the thought that they will fill up many of the passages with waste rock quite sad; that's industrial archaeology you're clogging there! But I know quite well that by the time such structures are left to the connoisseur to appreciate, the pumps aren't working anymore, so most of the mine will be flooded, and lost to sight anyway.

Is it certain it will happen? No, not certain. But very likely. Is it a good thing? I think so. This society needs jobs. This society needs tin, as well; if you read this blog you need it too, as there is bound to be soldering involved in the device you read it on. And then let it be mined by the best: the Cornish! 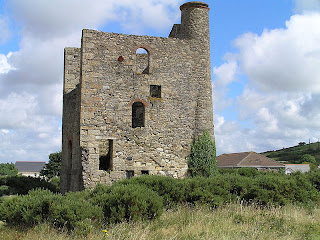 ps South Crofty has a website with an amazing photo gallery: do have a look!
Posted by Margot at 17:34