Dust in your cereal

War is raging, people are starving; not only in poor countries but even in Birmingham, the sea is rising, the ocean acidifies, people go to prison for horrible crimes they haven’t committed, people do not go to prison in spite of horrible crimes they have committed, countless species go extinct, science has started to learn how to give blind people their eyesight back, a transvestite runs tens of marathons in a row for altruistic reasons, love is found and lost, volcanoes erupt. In other words: there’s countless many shocking, amazing, ground shaking things going on.


And beside that there’s even more trivial nonsense going on. People earning a living researching what people think of dust in their cereals. People researching the very phenomenon of dust in cereal. Who design packaging for cereals on which attention is drawn to the presence or absence of aforementioned dust. 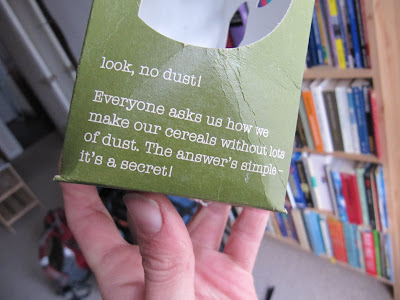 Is this a good or a bad thing? In a way it is good; a society that can afford spending time on such things has no real problems, you would say. Maybe the person doing all this work in this way manages to make a decent living for him- or herself and some loved ones, which cannot be taken for granted. But I can’t help but wonder if we don’t just make ourselves believe we have no real problems, and that we have time for this. And I wonder what could be possible if we would all stop wasting time on such evident nonsense, and dedicate it to something more useful. If we pool all the energy that is squandered by such trivia, could we, for instance, not take major steps in the direction of a sustainable society?

If I wouldn’t be such a geek as to think counting microfossils and writing about them is important enough, I might otherwise have acquired a more substantial idea of why and how we could and should improve ourselves, by reading the following books… perhaps plugging them here inspires someone (including myself) to make that effort! 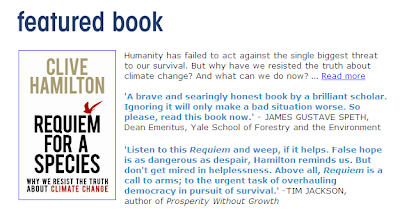 Both books taken from earthscan.co.uk; the website of a publisher of, well, that kind of books...
Posted by Margot at 20:10

Would you really want those unable to ask relevant questions to do relevant research? I'd say, be happy they study dust in cereal. Which, to someone producing cereal, is a very relevant question indeed, and (hopefully for them) higher turnover means higher tax revenues, which in turn can be used to support, say, climate change research. Besides, it's a wereldverbeteraar thought error to think that all things can be put in order of importance to be handled in exactly that order. One that I make ~all the time, by the way.