Incineration as a beauty treatment. Maybe it's because I'm Dutch, and grew up among well-kempt, well-maintained, minutely planned and carefully trimmed things, that I think many things (not all!), including buildings, often increase in beauty if they have been on fire.

I was simply looking on Google Maps for the place where we would meet for the weekly caving trip. Next to the church, Richard had said. And the church was easily found. But there was something odd about it. It did not seem to have a roof!

I arrived punctually on a sultry spring evening. A slightly less punctual caver was still expected. So I took my chance, and had a look around. The church lies on top of a hill that has not much more development on it. The plot of land is owned by pheasants. At least, that is the impression you get from the way they prance around, rowdily disturb the silence, and flirt ostentatiously. A special place! 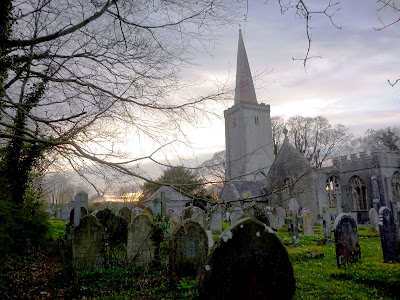 Back in the normal world with buildings unaffected by fire I had a look on internet how this church had met its fate. And there was much to it! The devil seems to be prominently present on the Moors, and has been known to personally try to obstruct the building of Christian churches. He seems to have tried, in vain, to sabotage the building of the church Neil and I tried (also in vain) to reach on that bright snowy December day, and also of this one. In spite of his fruitlessness, his high profile in the surroundings attracted the attention of fans, and many an evil deed has been performed under the grim Tors. 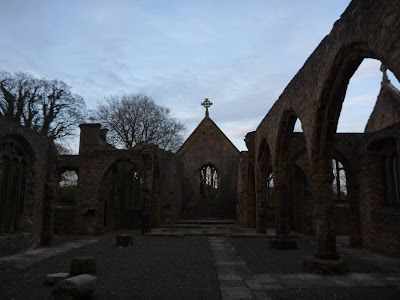 Back to the burnt out church. On its graveyard lies buried a man whose morality, or rather, lack of it, is still not forgotten, though centuries have passed by since his demise. It seems that he still haunts the place. And indirectly, he haunts the world; apparently it was his ghost story that inspired Arthur Conan Doyle to write "the hound of the Baskervilles". True? I don't know. 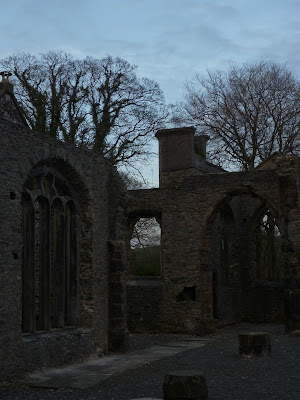 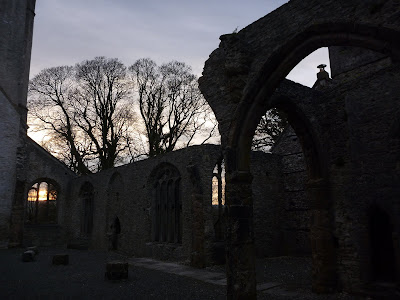 The evil deeds of the buried man, who allegedly murdered his wife, even though she survived him by 14 years, may be a bit shady. More recent events, though, are more solidly defined; it seems not te be doubted that when the church burned down in 1992, this was due to arson. And the fire brigade had some difficulties dealing with this fire, as on this fairly barren hill not much water is found. And after thus having burned out completely, it was never rebuilt. 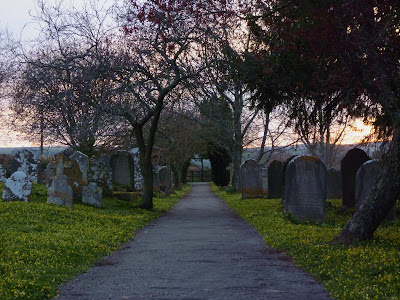 The caves underneath the church seem to have their share of evil influences too. I noticed none. Nor did I meet the ghost of the buried squire and his hounds. But I was impressed enough to grant this ruin a blogpost of its own! And I have made a mental note that some day soon I should visit Brent Tor, the other church wrestled from the claws of Beelzebub... 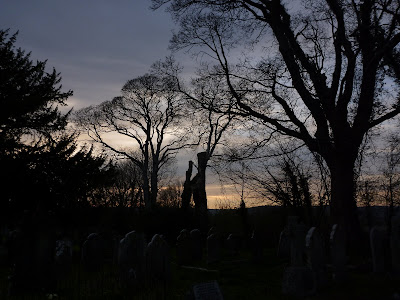