No baker to be seen! But some sort of a vertical sewage pipe was clearly discernible in some nondescript meadow. And of course we went in. Another rare cave in my caving life, which mainly deals with mines. 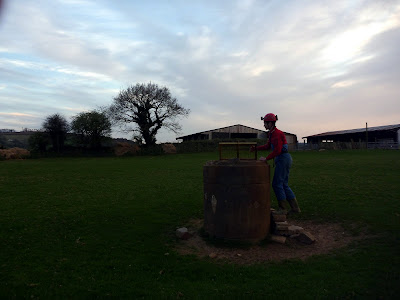 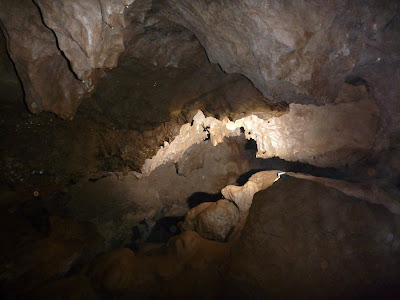 After climbing down the shaft we soon found ourselves in a room with one fragile phenomenon still intact: a permanent drip from the ceiling that had not created a stalagmite, but cave pearls. I’m not entirely sure how they are generated, but they are pretty! Just like the whole patch of white precipitate they were seen in. 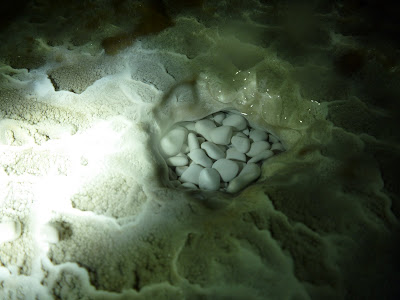 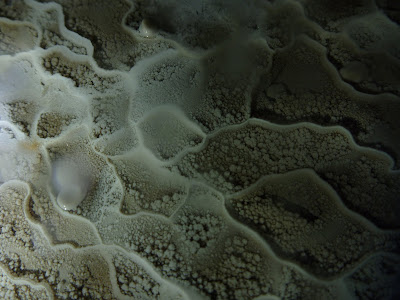 We crawled, climbed, slid and walked our way through the maze. Dripping with sweat, as it was very warm and moist in there. In one of the larger rooms, where the men did not run away in all sorts of directions for a while, I got the opportunity to do some playing with the flash. And with acceptable results! 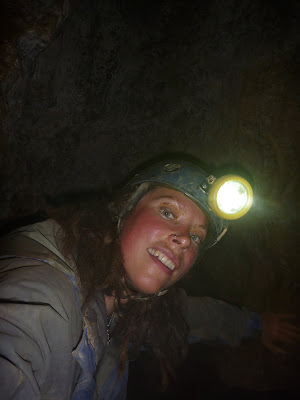 A picture taken soon after entrance; it can be seen that I am already quite sweaty, and that I had tried to wipe some sweat away that was about to drip into my eyes. Which incidentally gave me beautiful eyeshadow! 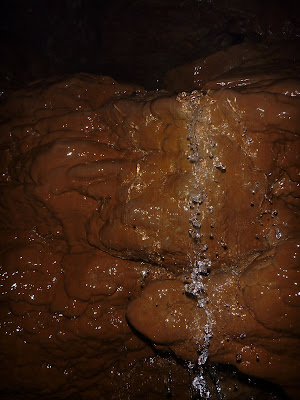 Luckily, quite many cave formations are fairly pillowy in shape, so they are fairly vandal-proof. And running water always makes for nice pics! 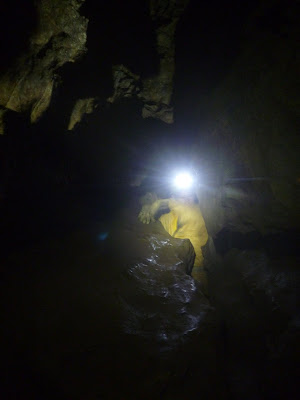 Rupert unclearly demonstrating a squeezy bit in the cave system 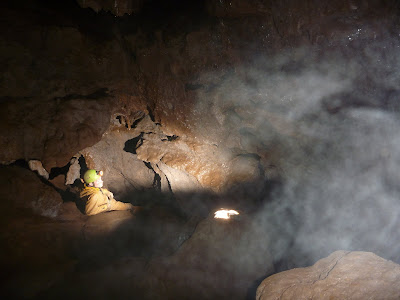 Rupert again unclearly posing. To the right you can clearly see the steam coming from me, reflecting the light of the flash of the camera itself… 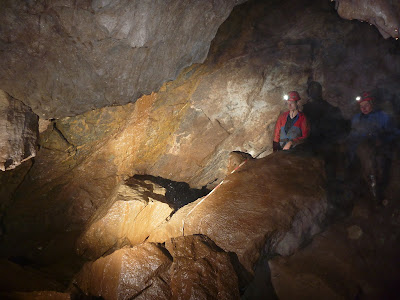 Richard and Jed, caught in a rare moment they are not running and snaking around

It was only two days ago I had been underground, but I had had Baker’s pit on my wish list for a while. And it was worth it! But that was enough for a week. Time now to recover, and get lots of work done! 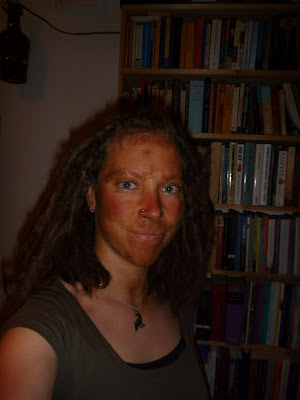 I looked questionable again after coming out, especially after changing to civilian clothes...
Posted by Margot at 19:41

You should use eyeshadow more often! And is that a Kalevalakoru?

Eh! Well for special occasions I am willing to consider it.

And the raven, no it isn't, it's one of Odin's ravens... and I presume that automatically means it's not a Kalevala raven (are there ravens in there? I don't remember!). I bought it on Iceland, and I assume it's a modern replica of some find, but I have no idea if the that would be from there too. Never came across it!