Knowledgeable on the moors

The moors are a great place to spend a Sunday. But they are even better when enjoyed in good company. And the best when enjoyed in the good company of people who like the same things, and of whom you can learn a thing or two. So when are the moors at their best? When you have a non-British archeologist with you! And who describes my bliss at Marta the Spanish Archeologist having joined our ranks. She was interested in coming along for a Sunday trip. Yay!

I thought we should pick a specific area on the moor together; always give an archeologist a say! And so we did. In the car we decided on some interesting-looking corner. Then the issue of how to get there reared its head. My satnav did not know any of the hamlets we could use as a target. And "that one parking lot at the edge of Dartmoor" is not a recognised Point of Interest. Hmm! There was only one thing to it: the map, read by Marta, as I was driving. 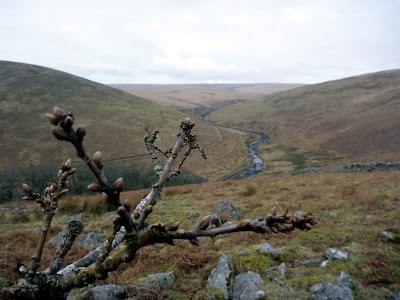 Soon after leaving the main road I found out that even non-British archeologists have their weak spots. We were not heading anywhere near our target. But then again, the moors are beautiful in many places. We just chose another one. And after some typical English driving long stretches in reverse as two cars do not necessarily find many places where they can pass each other on the narrow, hedged country roads, we arrived. And off we went! 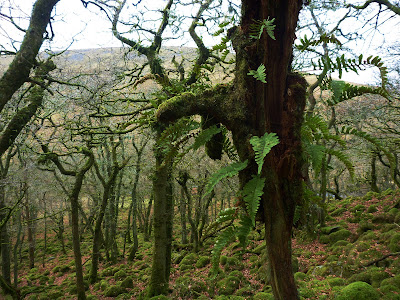 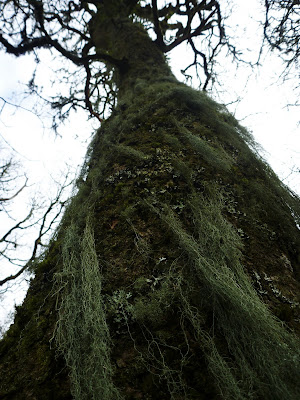 We passed a magical-looking copse with dreamy, mossy trees
It became a nice criss-cross walk. We just picked a landmark to go to; either a Tor (for the non-Dartmoor-frequenters: that's a hilltop of bare rock) or something archological. And when we reached it we took out the map and picked the next. Worked well! We saw many enclosures, hut circles, cairns, cists, stone rows... and beside that of course also beautiful views, lonely trees, picturesque rivers and what have you. 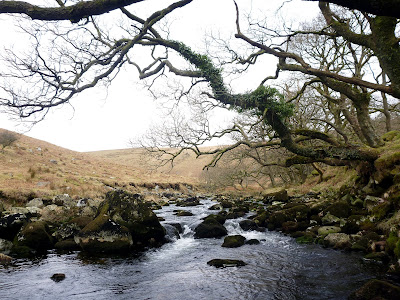 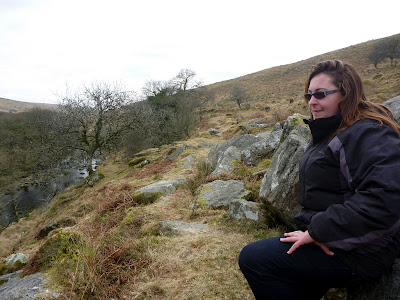 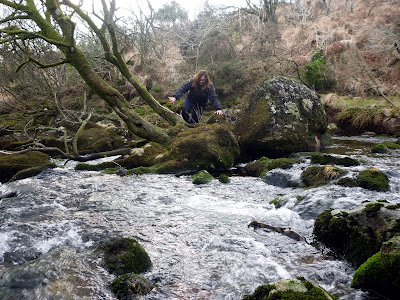 In order to maximise the yield of old remains we had to cross the Erme. Twice, then, as we had to get back as well. I thought that was completely normal, but maybe it isn't. When we, after the second crossing, emerged again in a field, Marta with wet shoes and me with a tree in my hair, she announced I was the most adventurous of her friends. Wot, me? But I was chuffed! 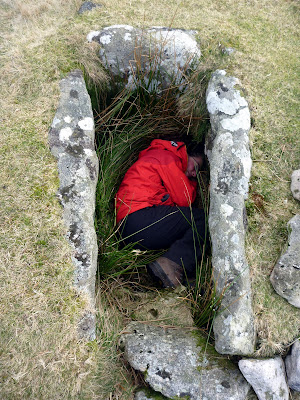 In one cist we found an ancient, bright red GoreTex-clad body!
By the time we headed back for the car we had been strolling around for hours, and our stomachs were getting empty and the sky melancholy. We found a nice local kitsch inn for solving the first thing, while the second got more and more intense. A great ending of a great outing! I hope this will happen more often... 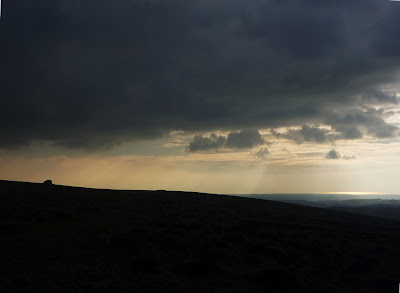 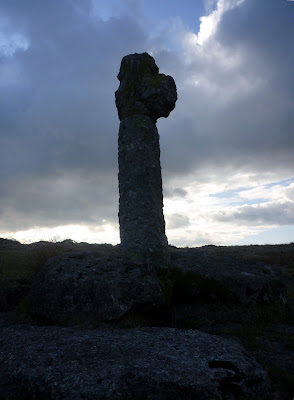 ps Another thing I secretly (well... not anymore) hope is that any British archeologist who reads this, and who is offended by my povocation, is willing and able to prove that the Brits are by no means inferior to the non-Brits!
Posted by Margot at 19:53