Divide and rule. An old slogan, but still going strong. If you want to encounter the caving group at much less than normal strength, introduce a squeezy cave. A schism is unavoidable. This was perfectly illustrated this week: the enigmatic Bunkers Cave, which would not be too enigmatic to cracks like Dave, was the goal of the week. And the dimensions of this ungoogleable spelunk were such that mentioned gentleman arranged a dichotomised trip into a mine too. I like both! But we had done a mine the week before. I was going to squeeze with Richard the racing snake.

Underneath an impressive starry sky we walked the fields to the badger-hole entrance. And Richard snaked through. It was squeezier than ever! But it was fun. I followed on the seemingly impossible route, which ended with some birth reenactment that took me minutes. This left us in a very low room with nice dripstone formations. When we had all made it through we explored a bit further, to where this cave really showed its gems. Strange roses of aragonite crystals! I had never seen something like that. 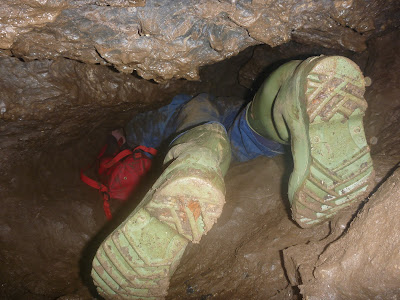 Richard as he snaked on in front of me 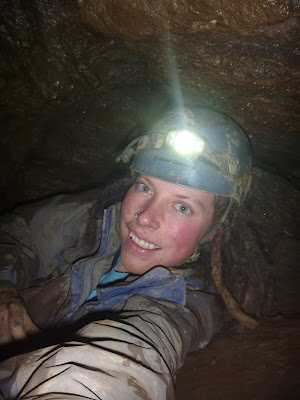 I had a ball in the narrow passages 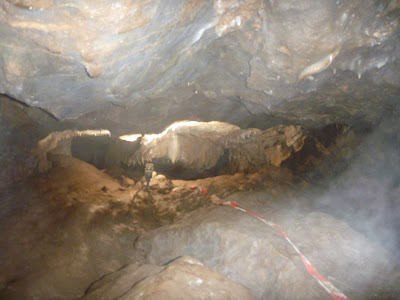 The main room of the cave 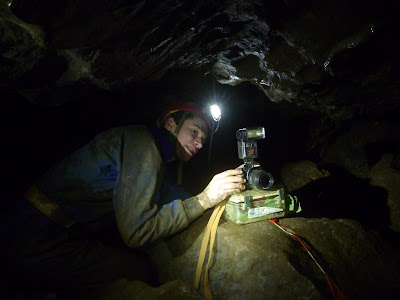 Richard had brought his serious camera 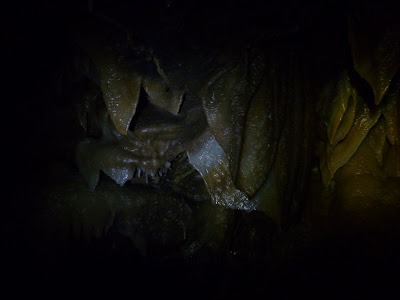 Modestly lit dripstone formations
My flash was a bit too much for this small cave, and I was out of slave flash assistants. The PCG's favourite flasher is Neil, a fact the group's website already bears witness to, but he's also one of the bellwethers of squeeze-antipathy, and  hadn't needed much time to decide he was off with Dave into the mine that day. The gods of fate, however, seem to stick to the Dungeons & Dragons adagium of "never split up", and most likely punished all separatists with a serious cold, delivered by means of sverdrups of ice cold water in the mine of choice. But that aside. I soon decided to restrict myself to my camera and a small LED torch. Enough for some really nice pics! 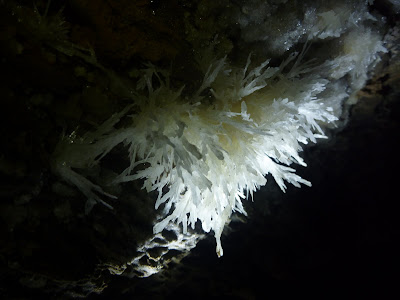 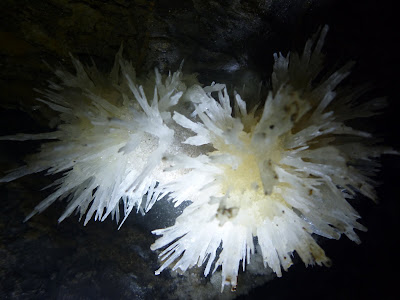 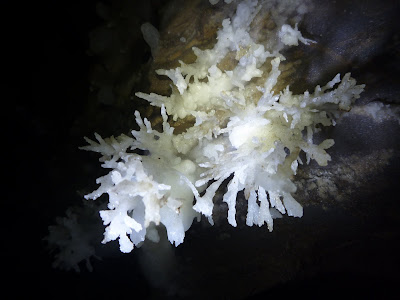 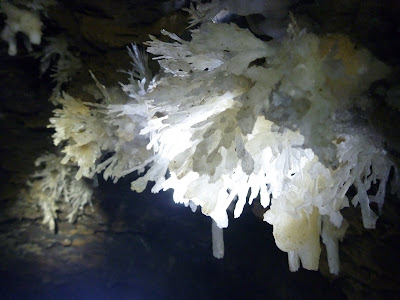 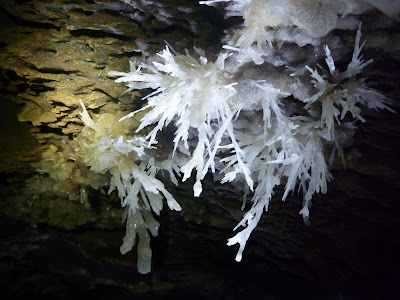 It's a small cave, and claustrophobics shouldn't go there, but it was really special, and I didn't regret my choice at all. Even Neil started doubting when he saw the pictures!