There were quite some references to the Dutch queen on Facebook. Would the Dutch know something I didn't know? And then, explicit messages about her abdicating were posted. I decided it was time to check a Dutch online newspaper. And I found out that a speech by the queen would be broadcast at 7PM local time. A speech in which she was expected to announce her abdication. It was 18.40 Dutch time when I saw that.

By 7PM I had Dutch radio streaming live. Of course! I was four years old when our current queen, Beatrix, accepted the throne. I don't remember that at all. For all I care, she has always been our queen! It's strange when things that have been constant for decades suddenly change. And when I refer to historical facts instead of my own perception, I have to conclude we have not had a king in living history. Beatrix's great-grandmother took the throne in 1890. And today, in my humble office, I heard her confirm that on Queen's day 2013, we'll get the first king since then. It did stir something. Would we then also start to celebrate King's Day? We'll find out on April 30th! I hope Beatrix enjoys a well-earned retirement... 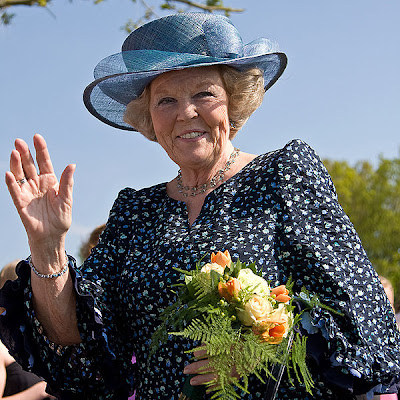