With attempted theft of both my bicycles and my car, further vandalism on the latter, frequent occurrence of loud, drunk people roaming the streets at night and waking me up, an alcoholic downstairs neigbour who likes too loud music at sometimes ludicrous hours, several flyers from the police coming through the door asking if I'd seen a crime or a person they were interested in, I am interested in policing. When suddenly elections for the Police and Crime Commissioner came falling out of the sky, I decided to vote. Do I really know what a PCC is for? No, not really. Did I read more than the blurbs of the various candidates on the election website? No. Should I have voted? I think so! A blurb is more than nothing. At least my vote was one that didn't go to the UKIP candidate! And this might have been my most powerful vote ever; only ~15% of the electorate showed up... 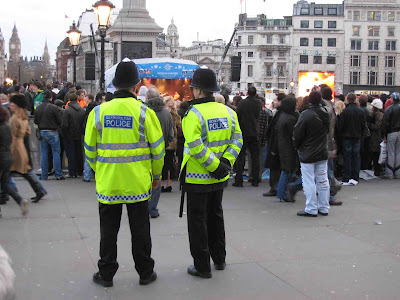 The results could come in any time now!