David and Paul picked me up. David had been driving lots recently so his car needed a break! And in Blaenau we met the others: Jason, Edwyn, Brian and a new bloke: Ian. He had driven up on a motorbike from Cwm Penmachno! And it was a damp windy day. And it was only a 125 cc bike. He's tough.

We walked up. The weather wasn't too bad! And we went in. Nobody had a very precise idea of where to go but we wanted to do some stretch of the place, guided by the map Ed had made. I had only been in a few times before so I lost my bearing almost immediately. I did recognise most of the things we came past, but from a long time ago. And it isn't my favourite; this mine closed fairly late in the 20th century so a lot of the relics are a bit too modern to my liking. But after a while we did a stretch that I certainly never had done before; we saw lovely stuff! Including an old stairway. It was in quite a state of disrepair, but that also meant it hadn't been tampered with since the mine had closed. And probably not since it had been put there, which was certainly a Victorian event. Special!

Edwyn commented on me being rather quiet and that was true, but I wasn't sure why. I just plodded on! I was a bit hungry, but I managed to eat some sarnies along the way.

After a while we had done the loop and came up again. And went out! It wasn't even that late. And it didn't rain until we got back at the vehicles and wanted to change. Oh well. And I hope to be digging again fairly soon (that breakthrough won't force itself) but it's nice to see the ThursdayNighters too! 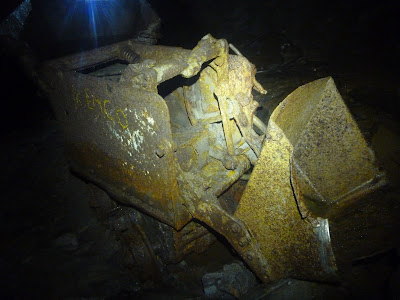 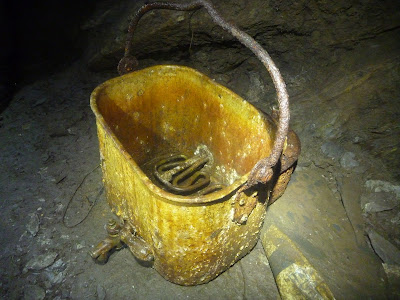 They had an electric kettle!! 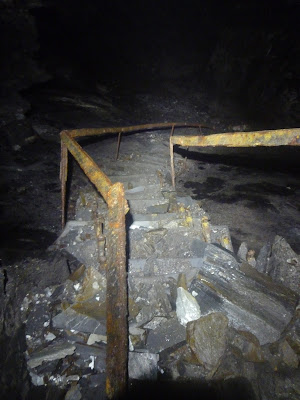 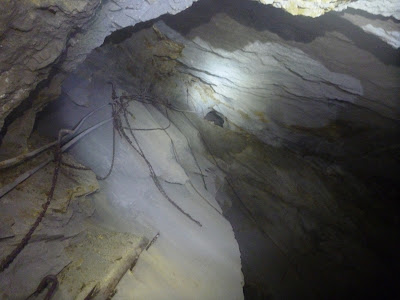