It was time to pause the moving stuff around in the house, and start on the actual work! I want to get rid of swathes of wallpaper, and a ceiling, and two fireplaces… and that work doesn’t do itself. So when I was sufficiently settled to be able to perform my daily routines smoothly, the wallpaper stripper and the crowbar and the drill came out. I’m making good progress! I leave the fireplaces to specialists (after having pulled the wooden front of one of them off; that gave me an idea of the scale of the job, and of the necessity to strip the wallpaper off there too) , but I’m doing well on the wallpaper. I borrowed a wallpaper steamer from Phil, and it does a great job! And when I was working in the staircase and realised the ladder I had inherited from Rose was too short I suddenly remembered my neighbour was a retired painter/decorator, and had all the ladders in the world. I borrowed a set! I can keep it as long as I want. And with his ladders I can reach anything! So I’m on a roll! The house now looks like a tip but it can only become beautiful after first becoming ugly. And the top floor (where I type this) is a fine refuge from the mess! 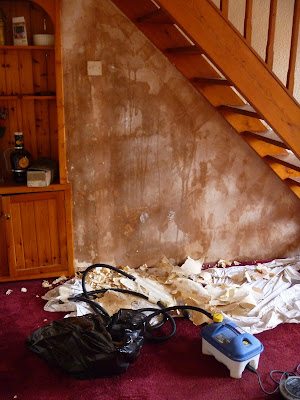 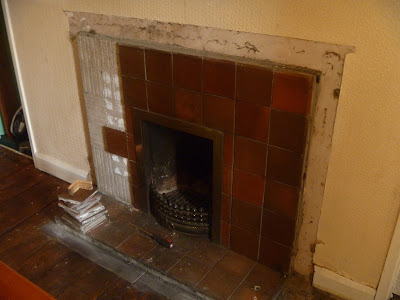 One of the fireplaces in a state of undress 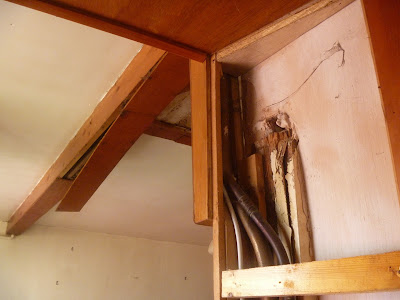 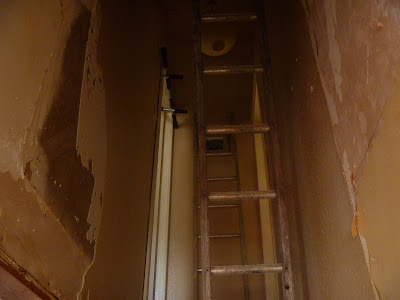 Thanks to the borrowed ladder, the stripping of the staircase is going well
Posted by Margot at 08:54