Another sneaky look at a house

After the walk with the climbing club I peeled off the A5 at the start of Bethesda. I wanted to check a possible running route! And the spot where I had parked years earlier to run through Nant Ffrancon from there would be a good place to start from for this endeavour too. I had seen there was a bridge over the river quite close to the interesting house, with a path going straight from there to the road to Tregarth, and another path that followed the curve of the river. I wanted to try these. Straight above the road is the bicycle path to Ogwen Cottage; from there you're laughing! And I was wondering if I could get another glimpse at the house.

I soon found the curvy path. It was lovely! Would make a great morning running route. And I got to the bridge. I walked to the house again. Didn't see much I hadn't seen before, so I went back to the bridge, crossed it, and followed the straight path back to the road (with an extra excursion to the closest you can legally get to the house on the other side of the river). Nice! 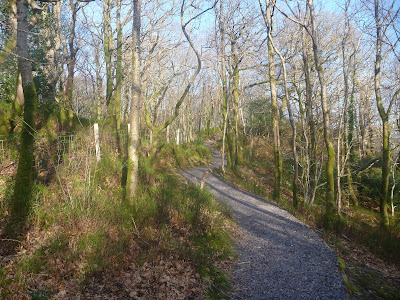 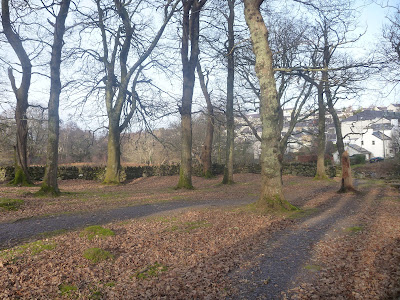 The other side of the river: the black car is parked next to the neighbour's house


I did wonder, though, what that river would do on a wet day. Googling 'flooding Bethesda' didn't bring up anything untowards. And Natural Resources Wales does indicate a flood risk but it doesn't seem excessive. I might have to knock on the neighbours' door to ask them about it! The past few years have seen some atrocious weather; if it hasn't flooded then it is not likely to flood too often. I'm dreaming again... 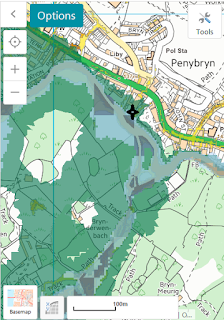 House where the black star is. From https://naturalresources.wales/evidence-and-data/maps/long-term-flood-risk/?lang=en