The end in sight


The first leg of the cruise, which ended on August the 4th, seems ages ago. Being on land before the cruise is a memory so faded it’s recalled with difficulty. And within a week, we will dock in Southampton, where we’d been docked before departure. Back on solid ground! The thought is hard to grasp. Home, that’s the ship now. 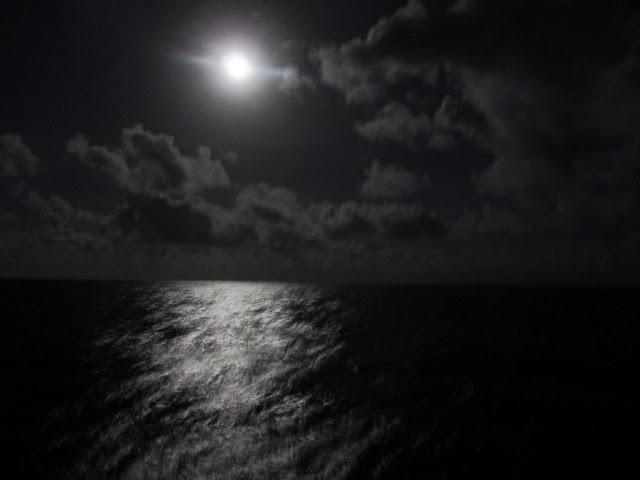 Night over the Atlantic

The cruise reached a new equilibrium soon, with the new roles and patterns established. Although some of our patterns had to be adapted to end-of-cruise material shortage; normally we bag loose sediment in a ziplock, measure a core with a measuring tape, later stick tape with centimetre indications to the core sections, and when wrapping up a core, use electrical tape to keep all together. But we ran out of ziplocks so we now use whatever we can get our hands on; the measuring tapes have rusted through so we now use one meter measuring rods; we only stick cm tape to one half of the split cores, and we use parcel tape for wrapping cores. One has to make do! 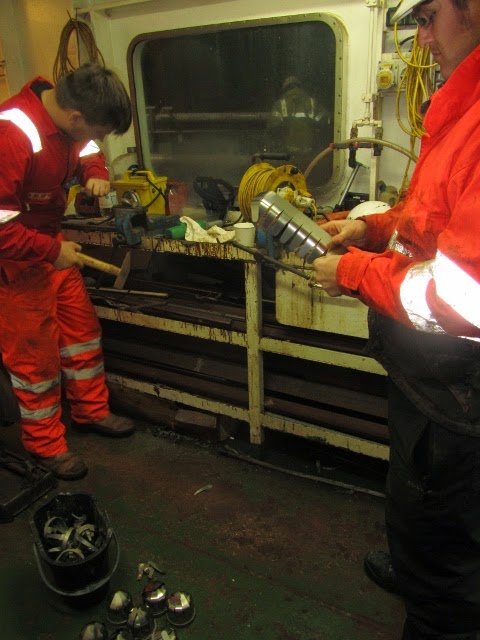 It’s not just the supplies that run out; some people are following the same route. What we do on board is very repetitive (we’ve already retrieved 198 cores) and some people are struggling with the same routine day in, day out, for 12 hours a day, seven days a week, for six weeks. Some people have difficulty sleeping; these are recognized by their eyes getting smaller and smaller.

I sleep like a log, and I am a micropalaeontologist so I am almost immune to the dulling effect of monotonous work, so I’m fine. I like it here! I like the getting the cores on deck. It’s in the fresh air, it involves physical effort and mud, and it’s nice to see a container fill up with my scientific future of the next 2.5 years. And the splitting and describing is OK too. Describing cores can be rather serene, and the splitting is satisfying. And as the night shift we get nice sunrises. Just standing on deck, looking at the first light with the Atlantic wind in my hair is enough to keep me happy. 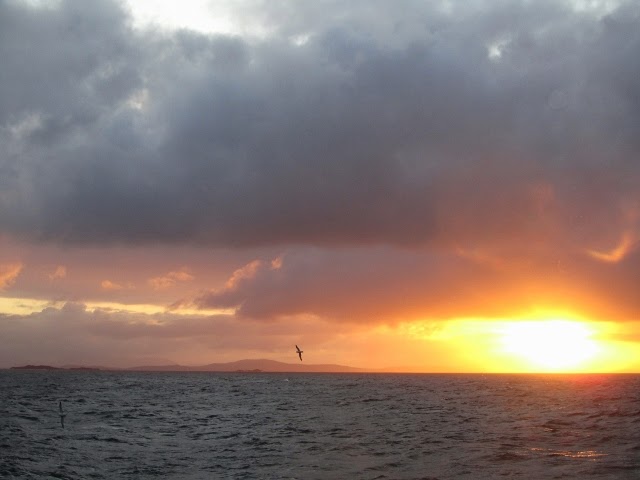 We don’t get much social life; we all feel we need more sleep than normal. I’m normally in bed by 1:30, getting up at 11PM. We often see the day shift be merry in the bar during our shift, but we creatures of the night don’t have the energy to go boozing after work. I’ve had two post-lunch beers in the full 5 past weeks! But there is social interaction within the night shift, and we keep on bumping into crew members in various stages of their shift. They’re all very nice! So in that respect too, I have little to complain.

In many ways, life on board is plain easy as well. You don’t have to go shopping, you don’t cook or do the dishes, and once every week you find clean bedding and towels on your doorstep. You get changing views without getting further than some tens of metres way from your bed. If something is broken you tell the crew, and they fix it.

And the science? That’s going well! We knew there was a chance we would have to go and hide in a bay for days once we hit the Atlantic sector, but that only happened twice, and both times only for a short while. We’re coring away! And quite many of the cores have good stuff in them. I won’t be working in what we core up here, but it’s good for the project that we still get nice material. And I’m learning lots! This cruise relies heavily on geophysics, and that never has been my speciality, so I’ve significantly increased my knowledge. My three previous cruises had all been aimed at retrieving recent sediments, and you don’t need geophysics to get these. And if you plonk enough people with sedimentological skills onto one ship they’ll all learn from each other. 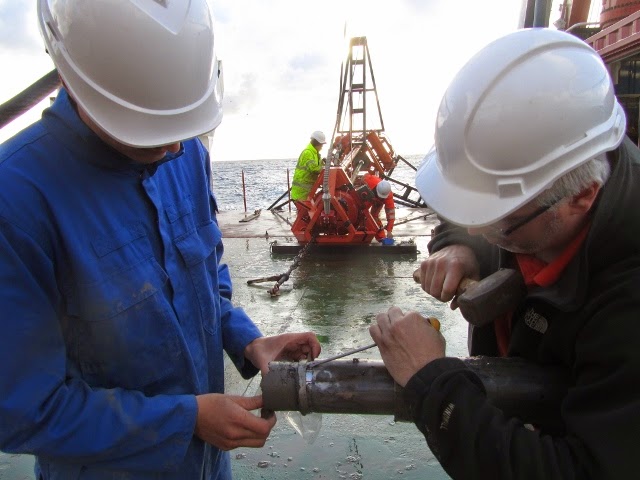 Kasper and Rich try to get a core catcher out without disturbing the sediment, with the prostrate vibrocorer in the background 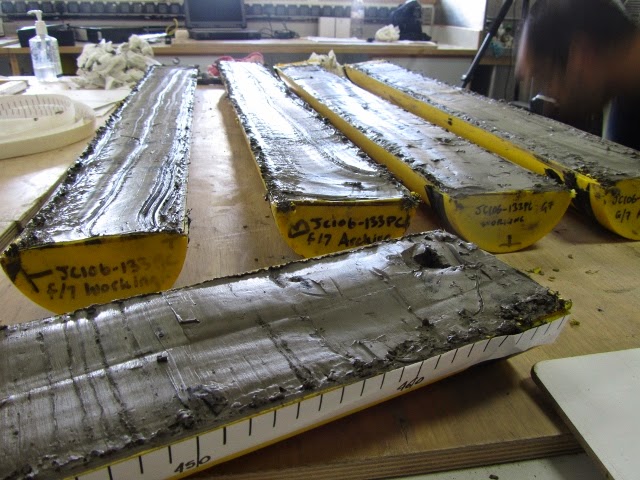 Lots and lots of sediment!

So there are now some 4.5 shifts to go before we start heading back to Southampton. I’ll try to make the most of all of them! And then, after six weeks, I’m sure I’ll be glad to see rock and trees and suchlike again! 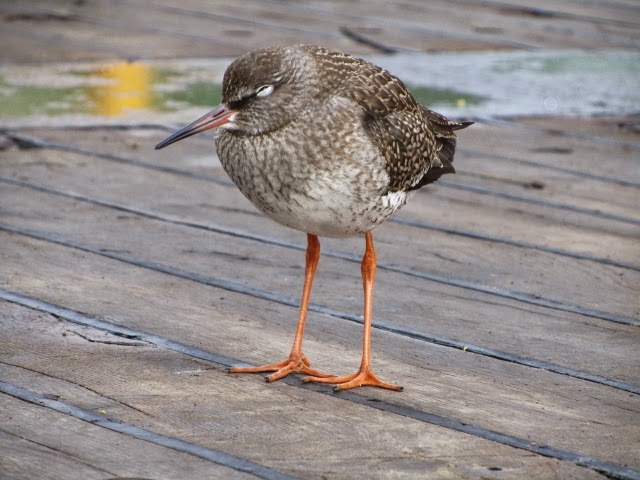 A poor wading bird, that we called Sally, who must have come on board in or near Killybegs... it cosily scampered around on deck for a few days, until it vanished. Her favourite spot did happen to be pretty much the first place where waves will wash over the deck if the swell picks up...
Posted by Margot at 06:58