We had had very smooth weather for almost three weeks. Elegantly we slid through the water, the vibrocorer was lifted into and out of the water without swinging at all, we walked without staggering along the length and width of the ship; all was easy. We cored so much we worried ourselves. Would we have enough core liners, end caps, cling film, tape, boxes? And almost all cores were a success. Sometimes we didn’t quite core what we hoped for, but generally, we cored up at least 2m of something. 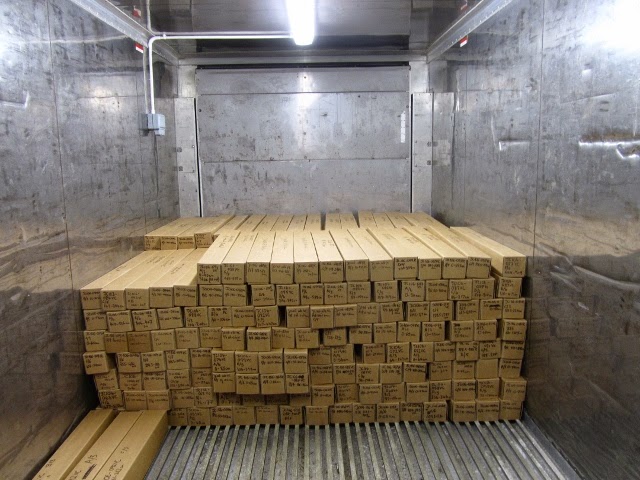 The cores of the eastern part of the cruise

But then we had done the last core in the east, and we headed along the north coast of Northern Ireland to the western parts of the cruise. And things changed. First the sediments. The first core we tried on the western side yielded only a few pebbles. So did the second one. The third one they let vibrate for a fair while, and then we got 60cm of stiff, unforgiving material. This clearly wasn’t the muddy east anymore! 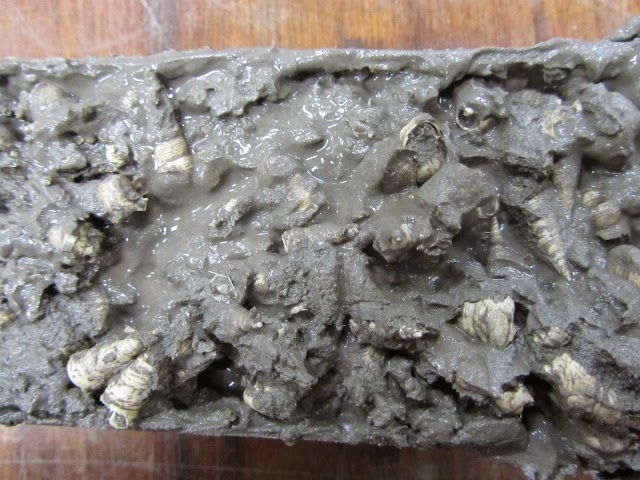 Not what we came for, but pretty: Holocene mud with lots of snails in it. I think it's Turitella. 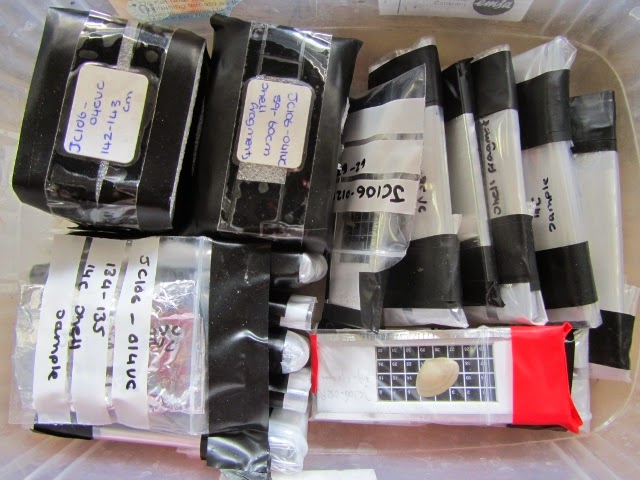 Some of the 14C samples we collected on the first leg

Then the weather caught up with the geology. We got waves! We rocked in our beds so much I struggled to sleep! I ran the treadmill like a drunk, and then when it got worse had to forget about the whole thing! The day shift tried one core, and then abandoned the mission; it was too dangerous to have a 5000kg metal contraption swinging out of control. There would be no more coring until the weather cleared up. Which it didn’t; so there was no more coring until port call. 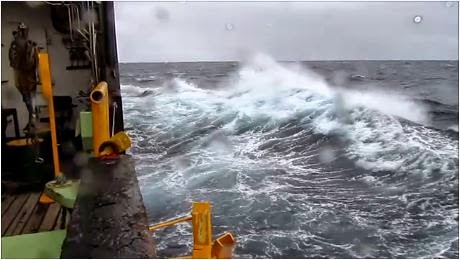 A still from a small video I made of the waves. The actual video is so big I'll have to upload it from land.

The second lag hadn’t even begun, and we had been reminded of that science cruises aren’t always as smooth as we had been tempted to believe on the first leg. It was clear that things would be different! The coring will be hard, and we expect to have to run away and seek shelter from a storm within days. We’ll see! But we’ll be a fresh and rejuvenated team, and we’re as ready as we could be!
Posted by Margot at 04:39