Back in the race!

I run a lot faster when people are cheering me on. A good way of getting fitter is making sure I don't run alone, but with other competitors. So I found a race not too far away, in south Leeds: the Leeds 10k Christmas Challenge, and decided to go for it! It was a modest 10k, partly off-road; a nice one to restart my racing career with. 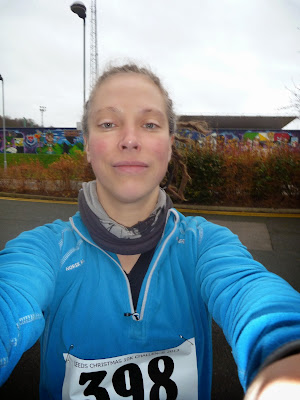 When I walked into the stadium that held the start and finish I smiled. I like the racing vibe! I chatted a bit with the other competitors, and then we were off. We were soon running along a railroad. And I heard a whistle! And lo and behold, I saw a puff of steam rise from the trees. By the time the steam train passed we were running in the opposite direction, uphill, over a slippery path, so looking back wasn't recommended. But I hoped it would return! And it would; it came past chugging backwards while I was walking back to my car. 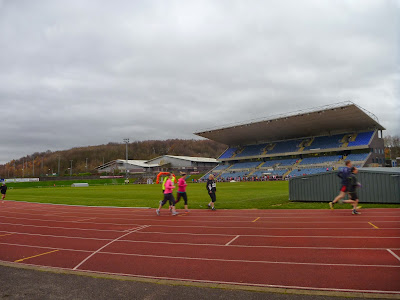 People warming up in the stadium 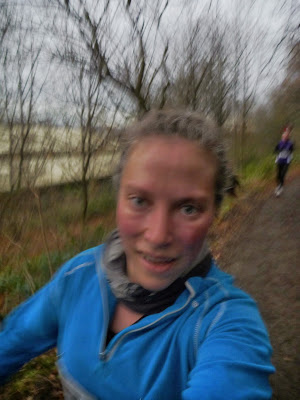 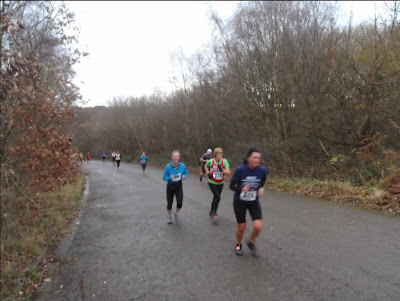 The race was up to a plateau, then three sloping loops, and then back to the stadium. It felt hard! I clearly haven't been training very long. And my usual route doesn't have any slopes (as York doesn't). But I hope I'll find more races like that, and then I'll get better! 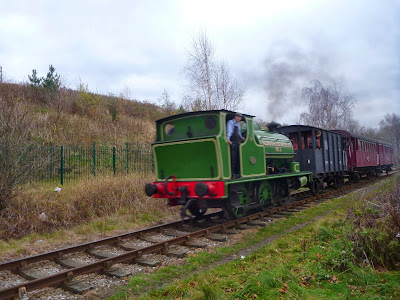 I finished in 56:09.  That's almost the same time as it took me to do the Totnes 10k; which was also after little training and partially off-road. Let's see if I can repeat the trajectory after that race; the next one after that, another similar race, only took me 51:33! At least I should be able to improve on the ranking within my category; I had never been as bad as I had been here. But I had never been in such an undiscriminating category: "people under 40". I had been lumped with 20-year-old men! I don't expect that to happen again...
Posted by Margot at 10:01