Sunday in the Lakes District

After a spiffing day underground (or rather, a day in which we spent as much time underground as we had done walking to the entrance) I woke up happy, and in a beautiful landscape. And it's easy to stay happy in such circumstance! Over breakfast we made plans. Chuck and Hannah would go their way, and Matt, Gary and me would first go for a walk, then have a look at the local museum (might have nice mining paraphernalia!), and, if there was time, go past the Wensleydale Creamery on the way back, to stock up on Dales cheese. What a prospect! 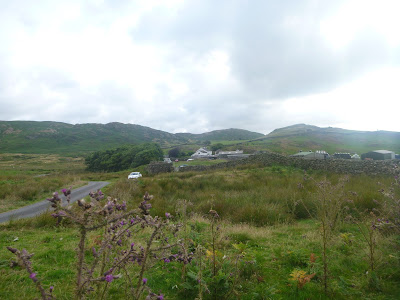 The campsite from a distance

And it all happened. We had a nice, impeccably navigated, three hour walk, through the beautiful landscape. When Gary plonked down on a rock, declared it time for picknick, and conjured up a bag of chocolate buttons, while I laid down on the moss and looked up at the sky I realized this was the kind of Lovely Day that deserves capitalization. 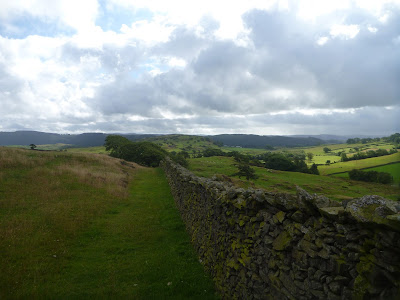 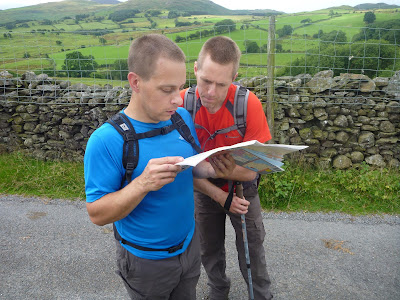 The museum was a bit eclectic; there was mining stuff, but also a display on local rock climbing pioneers (leading a climb with the rope just tied around your waist! Brrr!), and on sheep farming. And a whole room on local hero Ruskin (I had barely heard of him), and a big room on the Bluebird - the vehicle with which a chap had tried to break the world speed record on the local Coniston Water, and died trying. And there was some arbitrary miniature slate architecture. 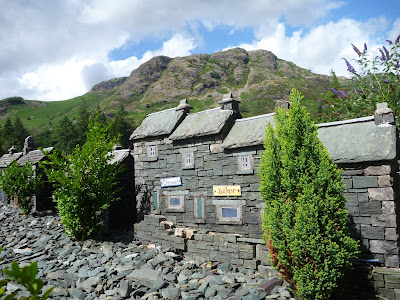 After all that I couldn't stop dozing off on the way back. I woke up when we turned into the parking lot of the Creamery. All that cheese! A nice end to a great weekend. I am truly blessed. 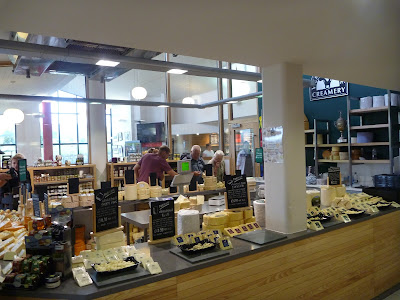