Visiting Bern: it had better be good

When there was a conference in San Francisco I didn’t see very much of town. As soon as I hit the conference I didn’t come out; every time you think there’s a gap in the programme someone points out some interesting session you had overlooked. There would now be a conference in Bern, Switzerland; this time it would be different. But I would regret it.

I looked forward to the conference: they tend to be very inspirational. And it would be big enough to meet lots of old friends, but not big enough to lose track of them all the time. I would be presenting largely the same results as I did in San Francisco, but still, it would be interesting to see what sort of comments I would get.

There was a lot to do beforehand! I did the planning in a hurry. I just looked up when the conference was and booked flights around that. And only later I realised that meant I had booked around the conference including the pre- and post-conference excursions, which were already fully booked by that time, but well, that would give me some time to have a look around in this charming capital.

By chance I travelled with Marta, our Spanish PhD student. And we were in the train between Geneva and Bern when I got a text message. A cave rescue call-out! And I was in Switzerland! And I could have travelled the day after, and joined the rescue! I was most frustrated. But there was nothing I could do. I vented my spleen to everybody who ventured into reach, and beside that I decided I should try to enjoy Bern, so it wouldn’t have been for nothing.

Bern is small and expensive, which meant affordable hotel rooms were in short supply. Several of us had circumvented that issue by staying at the campsite, so that was where Marta and I headed. She had a cabin there, so I pitched my tent in the relentless rain, and off into town we were. 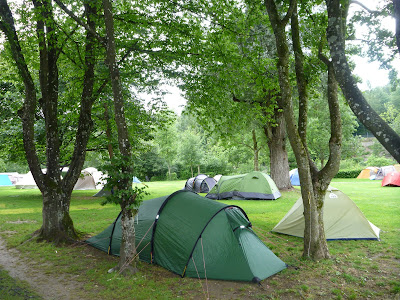 The camping was about 30 (wet) minutes walking from city centre, along the decorative and fast-flowing river. The old centre is a UNESCO heritage site, and it shows! But we were hungry, and the rain only got worse, so we didn’t do very much sightseeing, and went looking for a meal. We aimed for a relatively affordable restaurant that offered Swiss cuisine: a good try! Not only because I liked the food, but also because it attracts congress participants like flies, and inside I was greeted by an old friend. It was Stefan, who was doing a PhD on chironomids while I did one on forams, back in Amsterdam. He was with a friend too, and the four of us had a pleasant evening. That lessened the pain of not going cave rescuing! 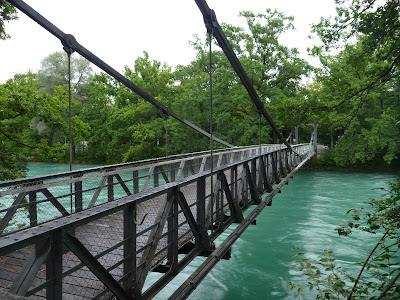 The walk along the river was quite pretty 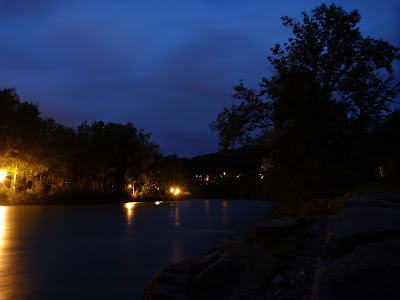 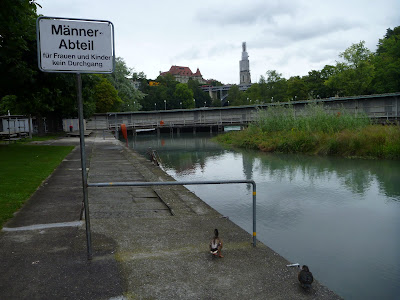 Leave it to the Swiss to regulate almost anything! 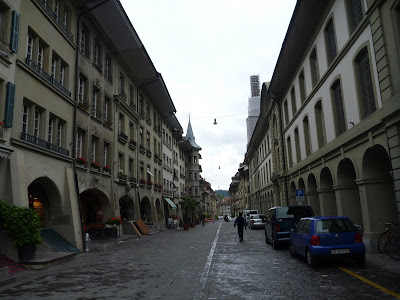 I suspected they have ubiquitous arcades because it always rains, but a more optimistic resident pointed out it might actually have more to do with snow...
The next day we teamed up with Stefan again; we visited the national history museum, which contains the Einstein Museum, and after that I did get my stroll around town. So I got to see the obligatory Bears, to which Bern owes its name! And the city is fairly small, so at the end of the day I figured that if I wouldn’t get to see more of it than this I would still be satisfied. In other words: I was ready for the conference. Bring it on! 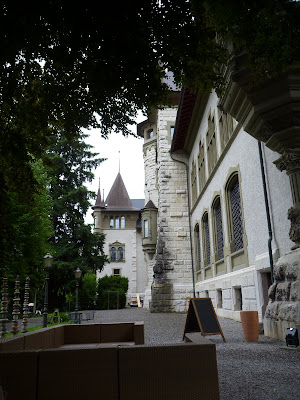 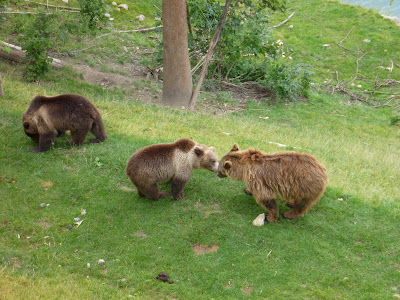 Unavoidable bears in the bear pit 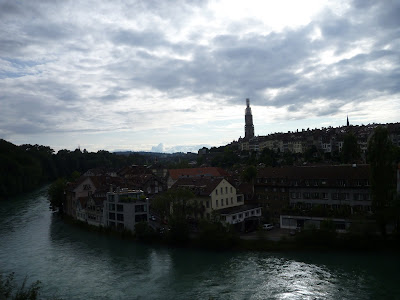 The pretty skyline, though it would be prettier if the cathedral wouldn't have scaffolding 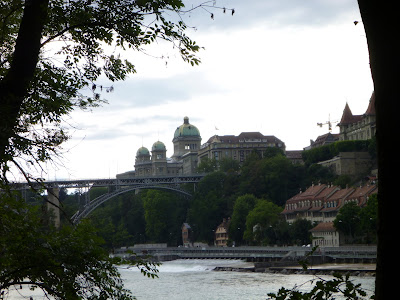 And another pretty skyline picture: this time with the Parliament building and the Kirchenfeld Bridge
Posted by Margot at 14:47