Leave it to the Swiss to organise something. But not the weather. Those who have read the posting on the INQUA conference will probably not be surprised the Swiss also offered a mid-conference excursion, or rather: a wide range of possible excursions one could choose from. I chose a trip to the Schynige Platte; it was the toughest hike still available when I got around to registering for something. But the weather had been very changeable the whole conference, and warnings went out to all participants to really bring warm clothing! Luckily I was prepared...

We had to assemble at the railway station at 7.45 in the morning, which meant getting up very early, and not wearing earplugs. When I reached the meeting point I realised I knew nobody, but that was a good thing, as this way I was going to meet new people. Some were more careless than others: we even had a girl in shorts, in spite of the plentiful warnings given about the weather.

We took a regular train, followed by a cog railway, and we ended at almost 2000m with, weather permitting, a great view on Eiger, Moench and Jungfrau. And immediately two people wandered off, only to pop up again after lots of worrying from the organisers. And then we were off! 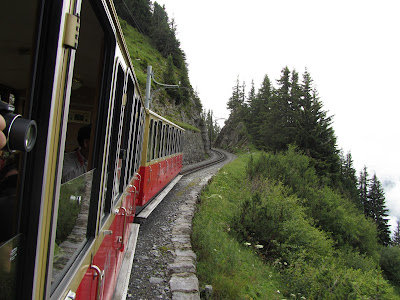 The historic train snaking its way up the slope 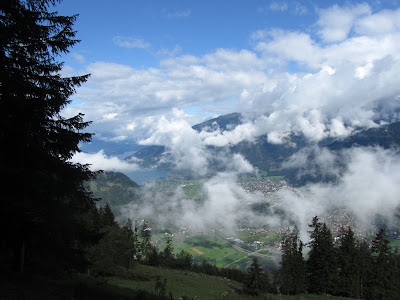 The view from the train 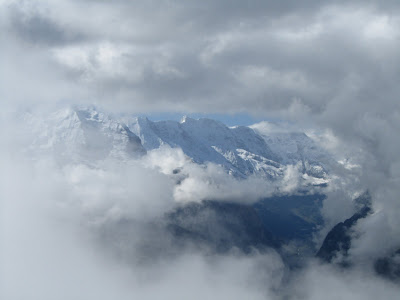 The high mountains peeking out of the clouds And off we were!
It was a beautiful day, with proper Alpine weather that would change from gloves-and-woolly-hat weather to T-shirt weather in seconds, and back. Sometimes we were engulfed in fog, but more often the view was stunning. And beside the plentiful stops we needed to let everybody catch up again, we had some planned, scientific stops, where plant ecologists and micropalaeontologists would tell about the work they had performed in this region, and what was there to see. It was all a very good day! I took many pictures of the view and the alpine flora (so much I was mistaken for a botanist), and I greatly enjoyed the snow. We were lucky that way; I asked a local if the amount of snow we got was typical, and she said she had never seen this much at this location. Tales from a plant ecologist 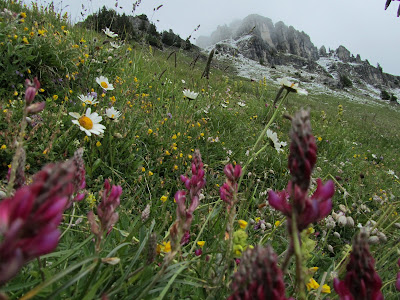 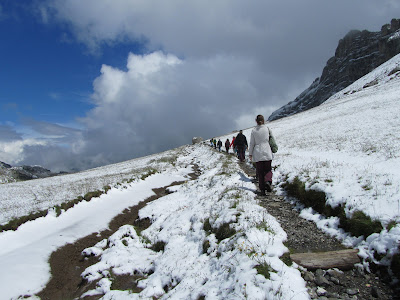 This view made me happy! 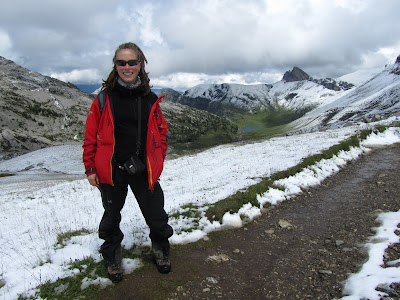 Smiling in front of Saegitalsee 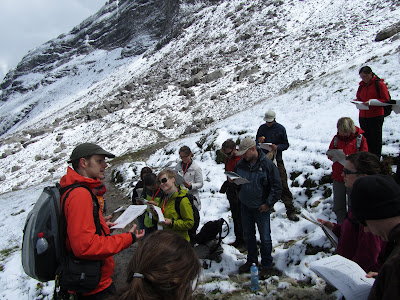 Here we are being told about chironomids 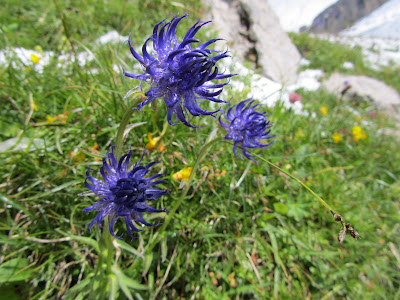 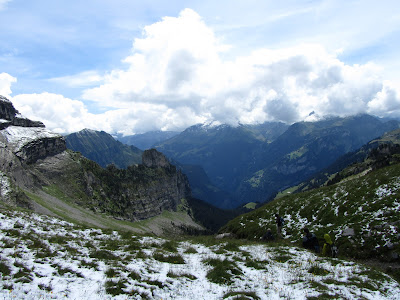 The views were stunning 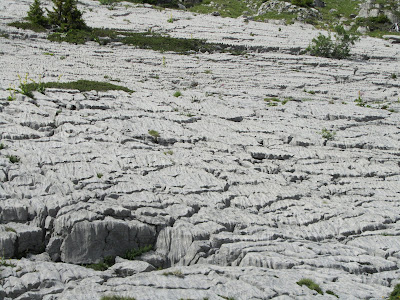 A beautiful erosional limestone landscape
While we were strolling around what I hoped would happen indeed happened; I got to know many of the people at the excursion. Swedes, Fins, Canadians, Swiss, Brits, and Irish, mainly. And the world of Quaternary Science is small, so you tend to always have friends in common. 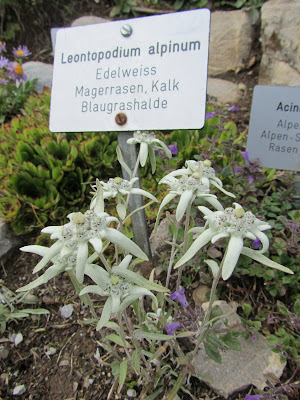 No explanation needed!
When we got back to the cog railway station we had an hour to spare, so with new found friends I enjoyed a beverage on a terrace with an amazing view, and then we quickly ran through the local botanical garden. We even got to see Edelweiss! But then we had to run back to the (last) train. It had been a good day! And it was a nice appetiser for after the conference; I would get to see the high mountains from much closer up...
Posted by Margot at 10:06