If not work then cave

Life these days is fairly uncomplicated. I work. And I stop working either when it's late and I'm tired and hungry, or when I have to go somewhere for caving-related business. Last Saturday we went down a mine. Monday evening was the Annual General Meeting of the Devon Cave Rescue Organisation. I had no idea what my status was in that body, so a general meeting might elucidate a thing or two. I had now trained with them twice, but cavers tend to not waste too much time on talking, so whether that meant I was a member and would be on call; I had no idea.
In the cute little fire station of Buckfastleigh it was revealed to me I was considered a real member, and was on the reserve list for call-outs. If there is an emergency that can be dealt with by a modest number of people they prefer to let the experienced and well-trained solve it. But if it would happen that all hands are needed I'm expected to dash into a telephone booth, chang into superhero kit, and fly to the rescue! Or something equivalent.

And then it was Tuesday. More caving, of course. This time we woul visit Radford Cave, in Plymstock. This meant I could get there on bicycle! Which I of course did. And with a very modest group we crawled in. The cave provided some useful training in squeezing and climbing. I'm not an experienced climber, but climber enough to frown when the rock I'm supposed to negotiate is covered in slippery mud. But it always works out anyway. If I'm expected to be able to go somewhere I always can, in the end. And I should! By means of exception Dave was with us; I'd only see him go on mining trips. And he probably has decennia more experience than me, but still, me being in much better general physical condition I think I ought to be able to do what he can do, and more. But though he uttered a plethora of moans and grunts and complaints while my acoustic footprint was modest, he climbed the tricky bits with more ease than me. I should practise! 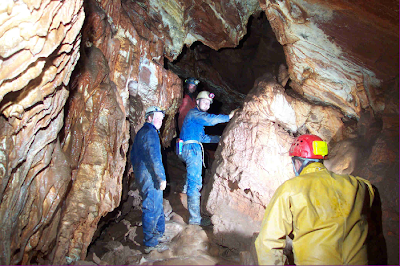 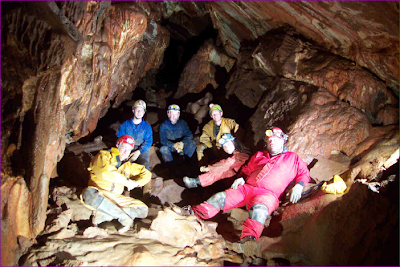 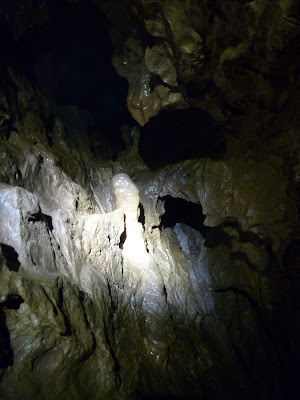 Lots of possibilities for nosing around!
Trips always come with a beer afterwards, and this was no exception. And this time they picked a pub close to the water taxi to the Barbican, which meant a short and relaxed biking (and boating) trip back. And nothing wrong with that. The week's not over yet! For one thing, this thursday will host a PCG committee meeting, so that's another evening away on caving business. And then I get Friday evening and Saturday for recovery, household, and extracurricular science, for Sunday we're going underground again! This time as guests of the Cornish cavers. And this will probably be be most hardcore trip for me so far... stay tuned! 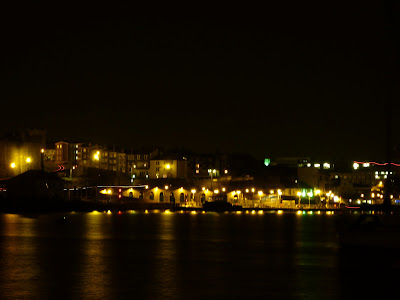 View on the barbican from the ferry quay
Posted by Margot at 16:29