Since it had been allowed again to do things with friends other than exercise I been contacting lots of people, and been contacted in turn too. And I was excited about it! I hadn't really suffered from not being allowed to see people socially for a while, but now it was allowed again I noticed I was really enjoying it. And the next rendez-vous after the yr Aran trip was a bit of a surprise; it was Miles, who I hadn't seen in more than a year. I had seen quite some friends in the periods when that was allowed, so for instance when I was walking with Kate that wasn't the first time in a particularly long time I had seen her. I suppose this was the first time he and I just met up as normal friends. We knew each other from the dig, and had spent years regularly seeing each other underground, lugging rocks and doing upside down contorted drilling and all sorts of weird things. We had been a good team! But the dig had slowed down a bit because Miles was very busy with other things, and since the pandemic, of course, there had been absolutely no question of crawling around in narrow damp spaces. But now we would just go for a wander in Dinorwic quarry. That was quite something different!

I was a little bit early so I decided to have a look at one of the beautiful ruins in the shadow of the spoil heaps. Imagine doing place like that up and renting it out as a B&B! But I heard a heavy car engine so I got back to the parking lot. And then we met again, after so much time. It was good to see him.

We decided to go up on the zigzag, and explored some of the terraces. We also sat down for some coffee. And we had quite a lot to catch up on. Life had changed a bit since the last time! And a sunny Dinorwic was a good place for doing that. There's always something new to see. At some point I suggested that we scramble up to a higher level, and to my surprise Miles clambered to the top, had a look, and suggested we abort the mission. I was not used to him being so sensible! Normally he seems to be never happier than when teetering on an unstable scree slope. But I looked myself and agreed that we really should just go back the way we had come, and take a more moderate road up. Lockdown has affected people differently, but I hadn't expected it to have given him a more conventional sense of risk. Less unexpectedly he had also gone greyer, but I suppose the same holds for me. And he also could not keep up with me on uphill bits! That is new too. I clearly remember clambering out of the dig, and almost being overtaken by him even though he was carrying half the world in his bag.

Miles turned out not to have been to the surge pool at the top. That surprised me. But that was easily remediated! And from there we saw the beautifully wide incline a bit lower down. He hadn't seen that either. So I showed him. And there is so much to see there! All the buildings and the technology and whatnot. And we went all the way to the eastern end of the spoil tips. The views were amazing, and I concocted a plan for a later walk. And then we made our way back. I couldn't quite remember on which level you can traverse back to the other side, so we just went with trial and error. And got there in the end. When we said goodbye again we agreed we would do this (or something like this) again! 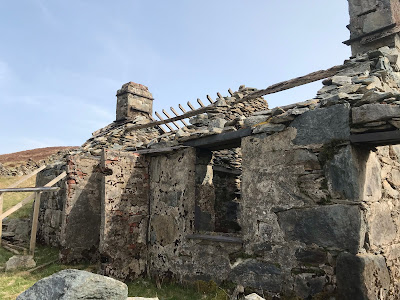 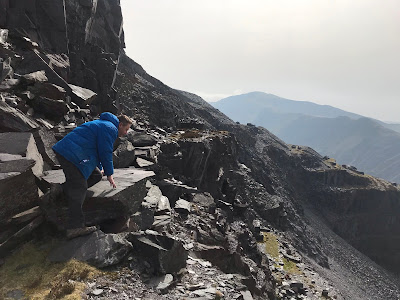 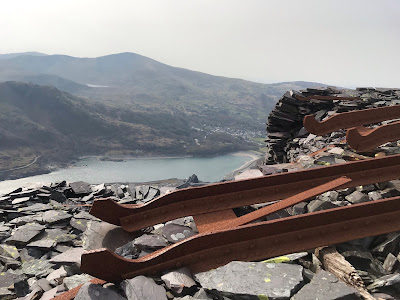 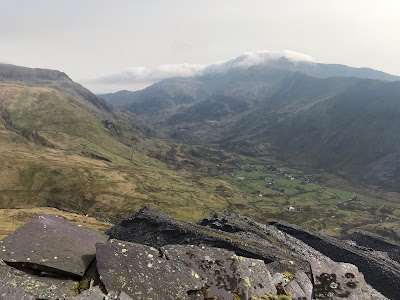 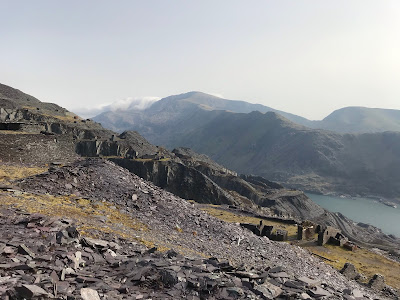