When I go running I start out running past an impressive wall, which, I think, used to guard a hospital. It's quite a wall. But one day I suddenly saw something strange about it. Two white footsteps, of bare feet, seemingly coming out of it. Strange! There was no source of white paint to be seen anywhere. And who would walk around there bare feet? Well, English ladies might very well roam the streets unshod at night, when their heels have become too painful, but you would expect them to walk parallel to the wall, not out of it. And I never heard of them spontanously oozing white paint from their feet. 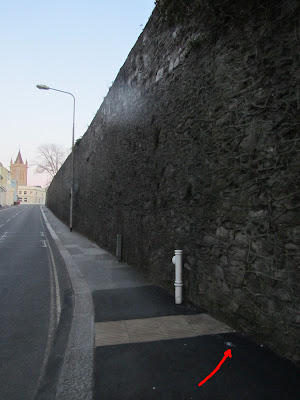 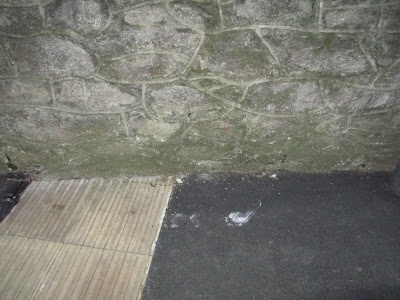 I think the most reasonable explanation for this phenomenon is that a ghost walked through that wall and made these footsteps. Maybe someone who died at the infirmary behind the wall, who had heard of the scandalous events taking place at Mid Staffordshire hospital, and wanted to protest against this injustice. The white paint would make sure the protest would not go unnoticed. I trust ghosts can conjure up substances like that at will.

So that mystery is solved. If only it was as easy as solving the problems that haunt the NHS!