The end is nigh - again!

As I came home yesterday I saw something strange and unsettling. What was it? Let me first remind the reader of my place in society. I earn my daily bread pondering the indicative meaning of creatures residing at some hight or depth with respect to sea level. Imagine my surprise when I found an earthworm climbing the facade of my house! It had climbed well over a meter. If I find traces of a worm in my sediments I see that as an indication ground water level is not far off. (In Dutch they're called "rain worms" and that's for a reason.) So a climbing worm? Why can they do that? And why was it climbing up; did its instincts warn it against an imminent flood? Like restless cattle just before an earthquake... Pack your stuff, move to higher ground, there's a deluge on the way! 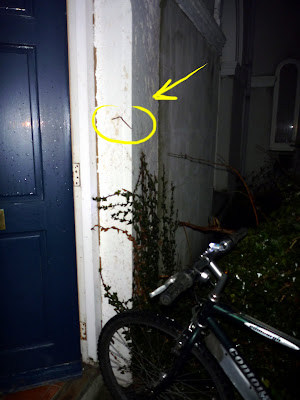 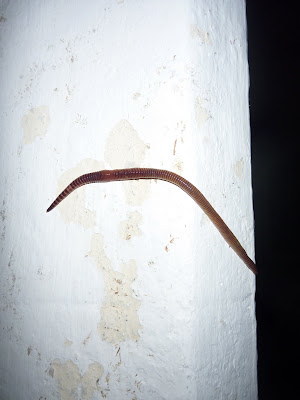 (That the end is again nigh by the way is, as far as I am concerned, not a contradiction. The whole idea is to cry "wolf" as often as you want! So first it was bolognese sauce. Now it's a worm. Stay tuned for more bellwethers of the apocalypse!)
Posted by Margot at 17:53