What is as much fun as going to North Wales with the PCG? Going to North Wales with the YCC! With the PCG we divided the time between the beautiful landscape and the slate mines; the weather forecast on the eve of the YCC trip there suggested we’d be better off underground the whole weekend. Except perhaps the time spent in the snug hut with the woodfire. We had been instructed to bring sufficient booze, as there was no pub around.

We drove up with five people in one car, and arrived to find club-loner Nick, who was trying out is own alcohol collection in his van, as we had the key.  Soon we were inside around the fire with a drink in our hand! But soon it was bedtime. 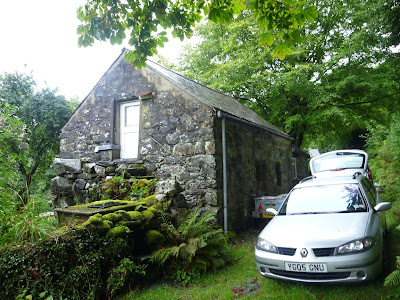 The next day was for a slate mine both the PCG and the YCC had been before. I had a reasonably good idea what to expect! I looked forward to it, but was slightly worried as Matt had told me the specific goal of this trip was a walkway bolted into the wall, with a dodgy safety line. Sounded scary!

We drove up, got changed, and walked up, past the beautiful mining remains. And got in. Rather soon we came to a pitch. And from there we had an explore. We didn't really know where we were, but we made sure we remembered the way. We saw amazing archaeology, impressive drops, and dodgy decaying bridges (Croesor-Rhossydd style). And even a sort of zipwire-Croesor-style; a steel cable across a chamber, to which you could attach yourself with a karabiner and then pull yourself across. It was great! But when we came to the furthest point I was a bit frustrated; my light had practically gone out. I had bought that thing especially for not doing that! It hadn't been a good buy. Luckily I had my rather impressive back-up light. But it's nicer to be able to walk through a mine without having to worry about when your light will go out. And these large chambers in slate mines are best admired with a powerful beam! 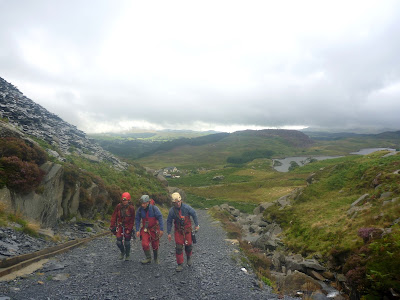 On our way to the entrance 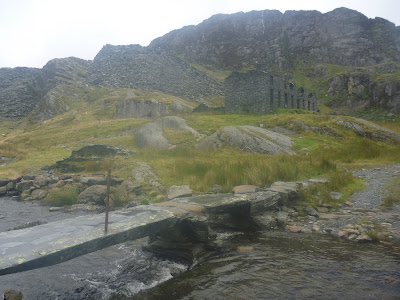 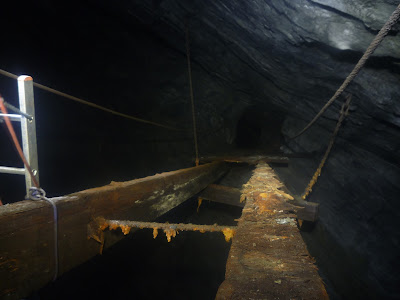 We didn't cross this bridge! 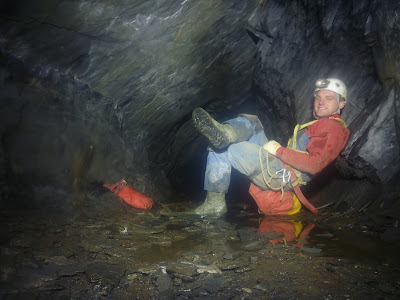 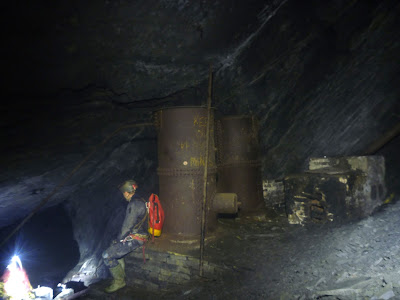 Industrial remains can be good for taking a break 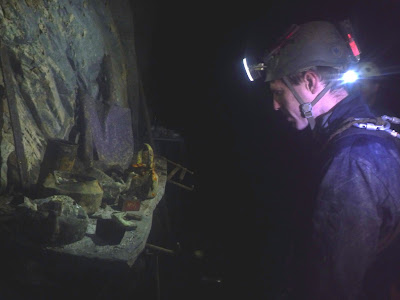 Matt admires some of the objects left by the miners

We headed back to the round trip. We stumbled into it in an unexpected way. And soon we went up a long internal incline which passed all the levels. At most levels we stopped off to do a little explore. And at some point we finally came to the traverse that was the goal of the trip. It's called the catwalk. And when I looked at it I saw it wasn't half as intimidating as I had expected. The footholds looked solid, and the safety line was immaculate! Maybe even a bit too safe - you had to change over your cowstails what seemed like a million times. Fewer points of attachment would have done too! I took forever; my one cowstail was too short, and I had to use a sling to attach myself, which is extra hassle. But I got to the other side. Where I installed my camera for some long exposure shots. A nice photo opportunity! It took 30 seconds exposure time, but it was worth it. Even taking into consideration that I broke the tripod while setting up the shot. 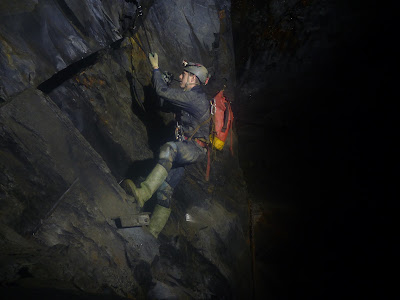 Matt on a traverse that actually leads nowhere 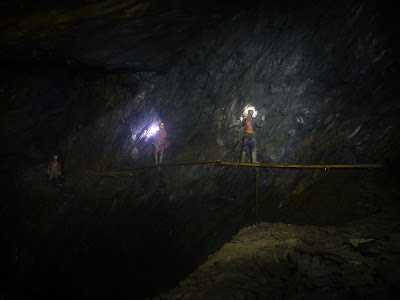 And here some pics Gary took on a previous trip, and which I inelegantly nicked: 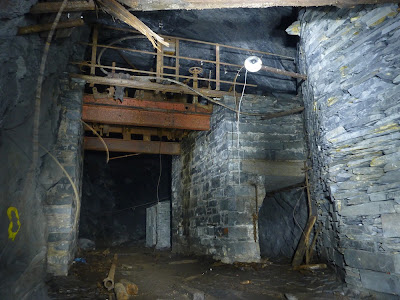 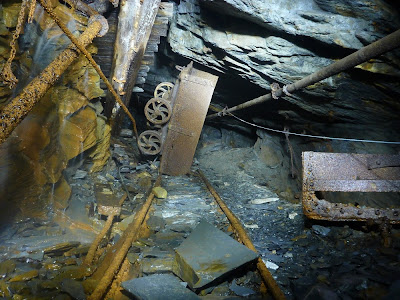 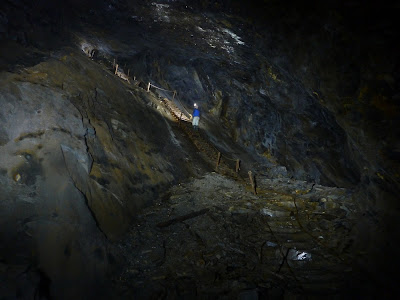 Soon after the catwalk we were back at the pitch. And soon after that we were out! Into torrential rainfall. It made the landscape even more dramatic. Not waiting for it to get dryer meant we hit the cars during a dry spell, so we quickly changed, and drove back to the hut in more torrential rain. And we got back to  a nice hut, with fire, Matt cooking pasta, Laura making very potent garlic baguette, and a fine selection of beers. My kind of day! 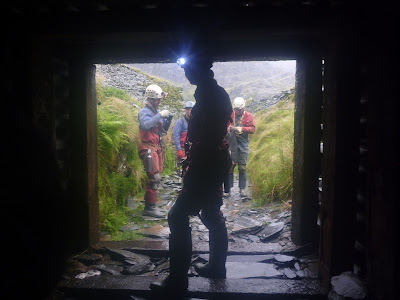 Laura as a cool silhouette in front of the entrance 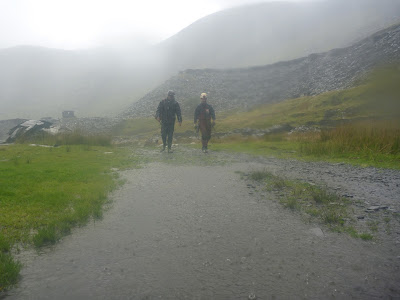 Walking back through the deluge 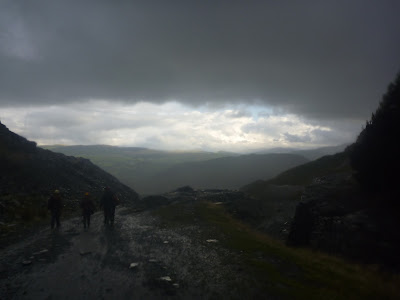 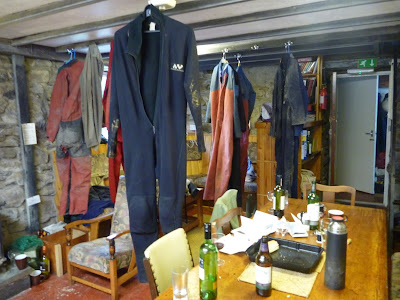 The living room by the time we went to bed

PS This is a rather good 10 minute film, made by people I don't know, of what it's like down there. They catch the difference quite well between what you see when you're just scurrying through with a not-too-bright lamp on your head, and how clear it all becomes if you take a picture with a long exposure time! I expect nothing less than a minute in some of these pics...