In May I had baked a cake (or two, rather) for the School of Ocean Science cake competition. And to my dismay I had won that round! So I had to go again. What should I bake? That question was easily answered. I received an email from my nine year old niece, with a cake recipe attached. So sweet! So that was settled then. And later I got an email from one of the organisers; could I do a second round in the first week of July? Well, I could!

I bought my ingredients on Tuesday and got baking on Wednesday. I made sure to follow the instructions well; I can't disappoint my niece! I did allow myself the liberty of adding pistachio nuts to make it a bit more unusual; we are in the cake competition after all, and the level is high. A cake needs to have an idiosynchracy! At least that's what I think. And pistachio nuts are nice. On Thursday I was underground and on Friday morning I made the buttercream that would go on top, and I decorated the cakes. And I think it turned out rather well. My rival had made a coffee cake; I think my cake looked better but hers tasted really good. And she won! But I can keep my head high. I did my best! 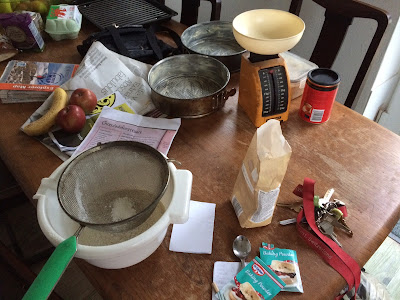 An unusual sight in my kitchen; precision tools like scales and sieves... 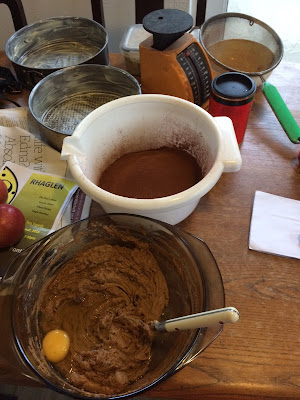 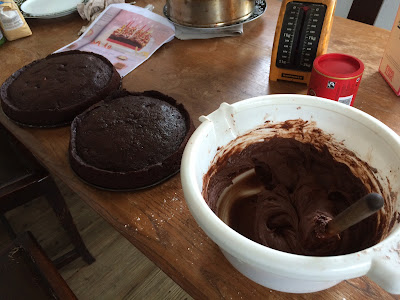 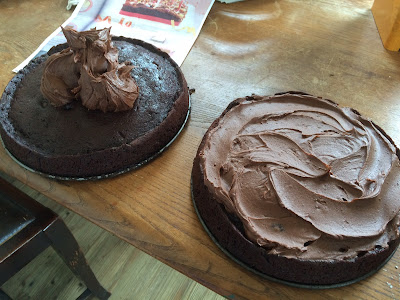 Putting the cream on 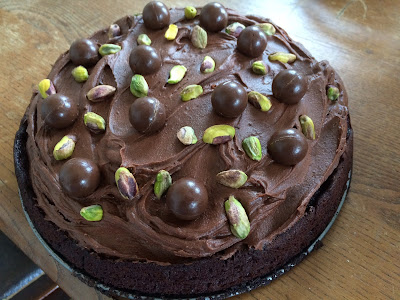 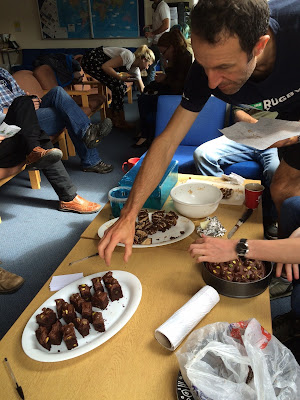