When I came to York, I was very warmly welcomed by a small group of first year PhD students. They immediately accepted me in their midst, and I always had someone to have coffee with, or lunch, or go to the pub with (very many very good pubs in York!). It was great! But I've moved on, evidently. But that doesn't mean they have been forgotten.

One of this group, Abi, sent me an invitation to her birthday celebrations. I don't think she thought I'd show up! But I figured there never would be a good time. I longed to see them all again, so I decided I could take a few hours off work, and take the train to York. So I did!

From the station I biked straight to Abi and Adam's house. There we would have dinner before heading to the pub. I was a bit intimidated by the crowds; I don't like busy pubs. I want to just sit down, be able to order a beer without queuing, and hear what people are saying. But we conquered a good territory in the pub and it was a nice night! It was great to see many old friends again! And I met some new people. And I had a few pints, but not too many. Abi herself was a bit humbled by how many people showed up. And later on, even a two man band played; not very conducive for conversation, but they were rather engaging and uplifting, so I didn't mind. Au contraire!

At some point we went back home. I had a last snifter (selected from Adam's impressive whisky collection) and gallons of water. Then it was bedtime! The others had been slamming tequila so they didn't want whisky. They just wanted to get horizontal. Soon we all did.

The following morning I woke up rather late. But by the standards of the house, it was rather early! I sneaked to the toilet to get rid of the gallons of water, and retreated back to my room. Let the others sleep off their tequila! I just did the geeky thing and did some Welsh homework until the others stirred too.

When that happened we went our separate ways; Abi and Adam had stuff to do, and Tom and I headed to town to buy groceries for that evening's dinner. Tom wanted to go home for a shower, and soon after we'd meet again in a pub where we would also meet Katie, the girlfriend of one of the core PhD students, who hadn't been able to make it the night before. There were some more ladies there; I'm getting to know the current cohort of PhD's! My friends that I had met when they had all just started were now already approaching the end. 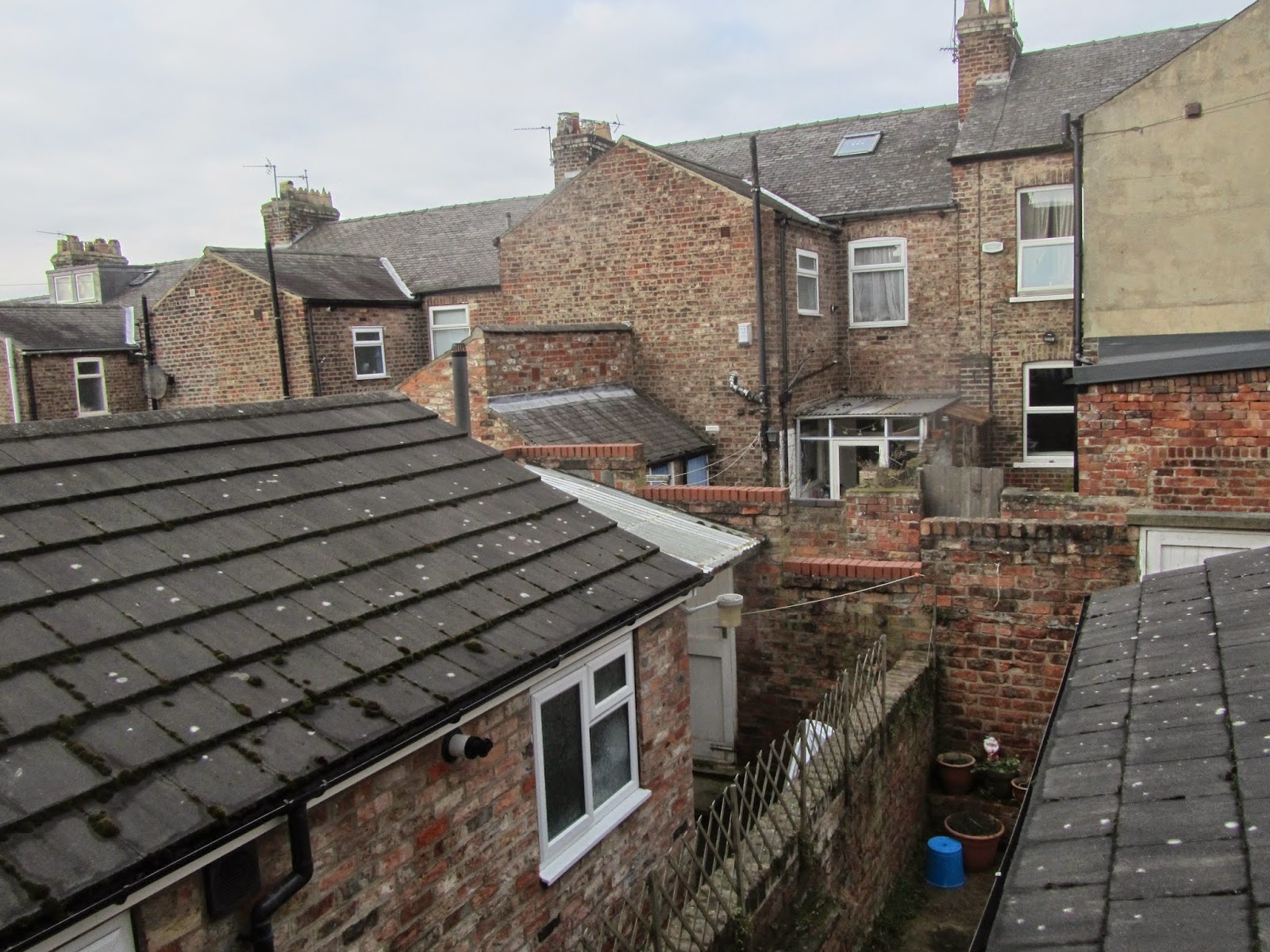 The view from Abi's guest room; I love brick two-up-two-downs!

After a while the pub-sitting got to me a bit, and after some nice reminiscent strolling through the beautiful city with Tom we headed back to Chez Abi, where we combined forces to make tempura. It was great! But it's a lot of work and after dinner it was bedtime. So time to start my goodbyes again! I gave Tom a big hug. 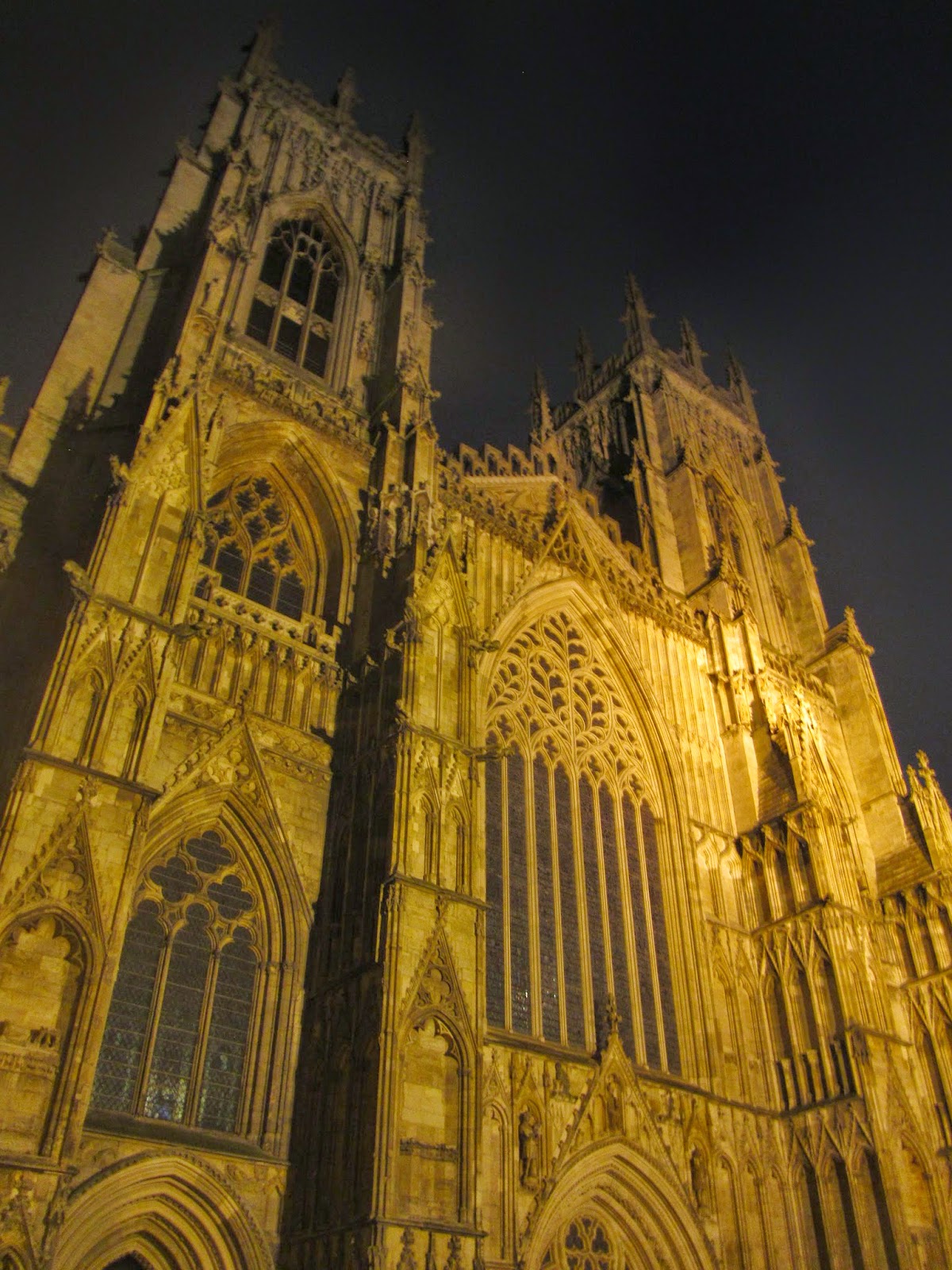 You can't really go to York without ogling the Minster Some nice scenic corner of town

The next morning it was time to also hug my lovely hosts, and once again head for the railway station. It was great to see everybody again! It was like I had never been gone. I hope to welcome the whole bunch in Menai Bridge one day!
Posted by Margot at 17:44