When you go sampling in an estuary you are dependent on the tides. If you want to sample the full stretch from high marsh to sand flat you need low tide, or at least something quite close to it. So what if low tide is at 5AM? You get to the marsh at 5AM. So on the first day of doing what I would be doing all week, I got up at 4AM. We would leave at 4:45.

James drove 4 students, Dave, and me as far as the road would take us. Dave is not only an appreciated underground companion but also the School of Ocean Sciences photographer (one may have noticed already he takes amazing underground shots) and he wanted to take advantage of the nice light of the early morning. When we walked to the salt marsh James stopped a few times to explain not only things related to the micropalaeontology we would engage in, but also all sorts of other things about the environment. And once in the field we made the students take a sample each. Even though James can talk at length about I suspect pretty much any Earth Scientific topic you could name, we were only in the field for an hour or two. 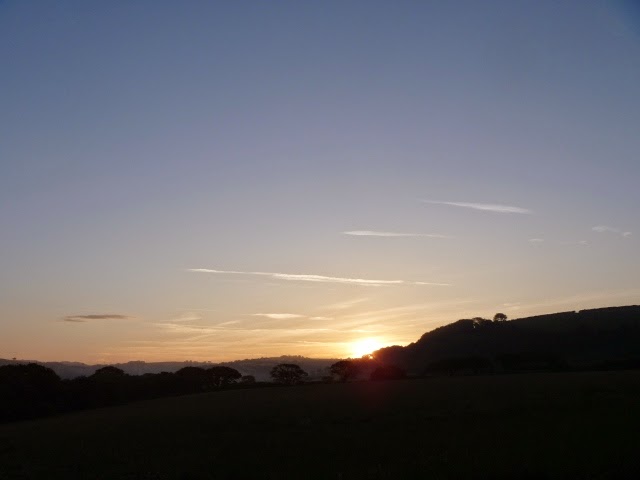 The good thing about setting off for the field at 4:45AM is you get to see the sun rise! 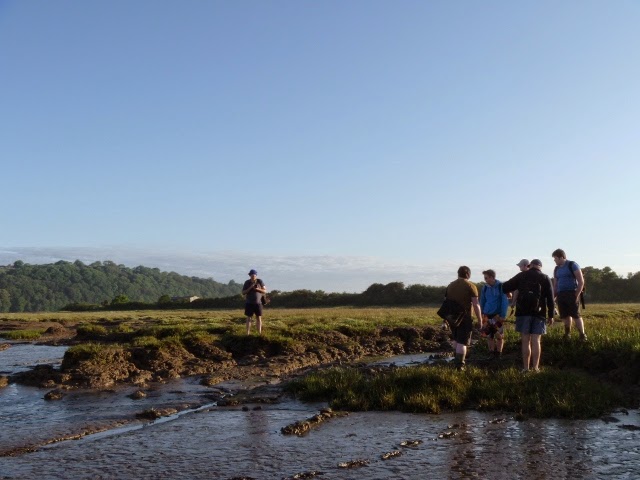 James explaining stuff to the students, with Dave on standby for pictures

When we got back we didn't waste any time; these samples needed to be processed and put in the oven as soon as possible. So we got the students sieving and staining. When their samples were sieved we put them on filter papers, let them drain a bit, flatten them out on a saucer and then let them dry up in the oven. While the samples were roasting we were all off. I thought  a run would be in order! One of the students had mentioned something about running too, so I suggested we join forces. He was up for that. 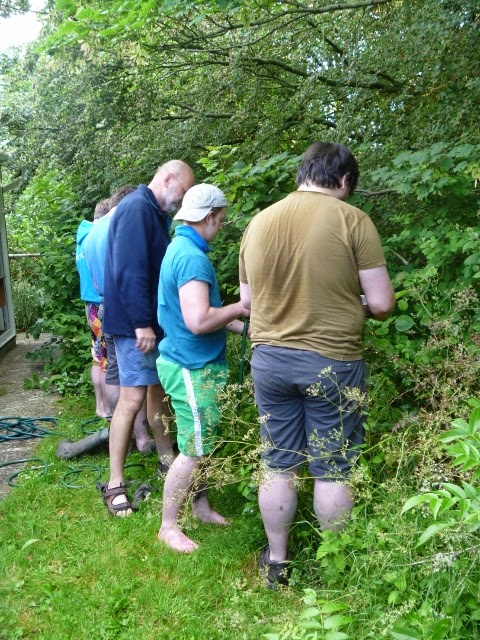 When he showed up he brought a friend. Nice! And Jaco, who is also an enthusiastic runner, had pointed me in the direction of some maybe more promising routes. And they were nice indeed! But I noticed the students weren't excessively fast. And you have to run a small distance along the main road, which I don't like very much; I wanted to go a bit faster than them on that stretch in order to not linger on the road. They had no problem with it. But when they arrived a bit later, all red-faced and panting, I think I had got me a bit of a reputation, and no more running mates.

After our run I had a sandwich, and reported back to the chalet. The samples were dry; James made the students dry-sieve them and separate the 250-500 micron fraction. He also made them sieve over 125 and 63 micron, but it never became clear to me why. And when they had their subsample the picking could begin! It was about 12.30.

The students weren't fast. And James had volunteered me to cook dinner that night. Early in the afternoon I went to the shop for groceries; I was going to draw the culinary level down by making pasta pesto. After the shopping I went back to the lab. At about 5PM the first student had picked the required 100 specimens, and could go and make a start identifying them. But I had to soon leave; by 7PM there should be food on the table! I left James to it. 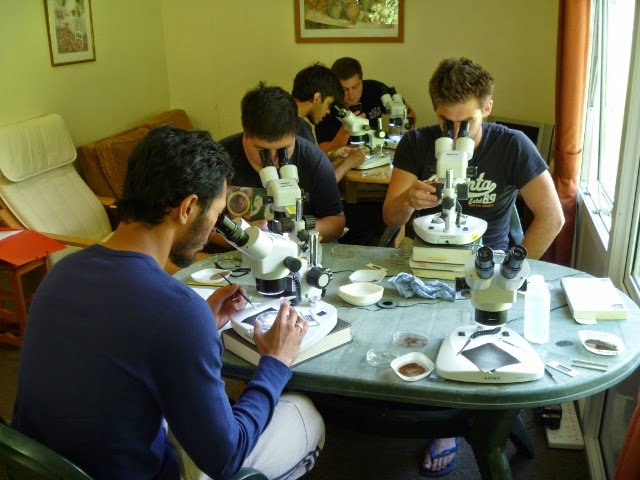 At about 7 food was ready, and we could wait for everybody to come in. Around that time, James came staggering in. "I need a drink!" he proclaimed. Someone asked what kind of drink; there were several options. "I don't care! Just give me a drink!" he riposted. Oh dear. The students had needed 14 hours for the exercise, and we are not done until the last student is. So this would be a long fieldwork. And it would get worse; later James would leave, and I would have to do it all on my own. Oh dear!
Posted by Margot at 14:58