After two heroic days it's nice to take it easy. We started the day with cleaning our kit; Lionel had brought his rope-cleaner. And after that we decided to check out a hole in the mountain side we had seen when we walked to Llanberis. We got in; it was a nice little mine with lots of dead ends. And then we found a pitch. Of course we went down! From below, however, we could see what we had been standing on: that didn't look too good. It was all wooden platforms. We had a look in a level in solid rock, which had rather deep and very cold water in it, but after that we decided to get out of there. And we went back to the car. 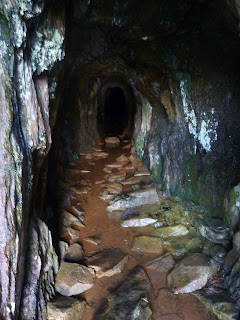 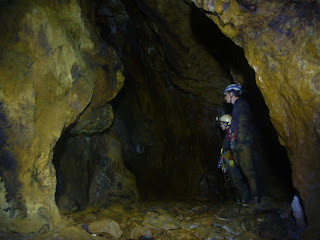 A crossing of levels inside 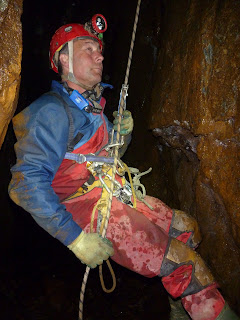 Lionel coming down the pitch 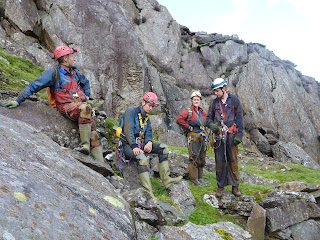 And we're out again!

Lionel suggested we could visit Caernarfon; it's a town with a famous castle, just up the road. So we did. We had a look around, and a pint, and then we decided to linger and have dinner there; we didn't think Llanberis would have anything better to offer. And then we went home. The plan was to go into town that night, but that did involve quite a scramble down, and worse: quite a scramble back up, later that night, in the dark; we decided against it. We had our own beer... 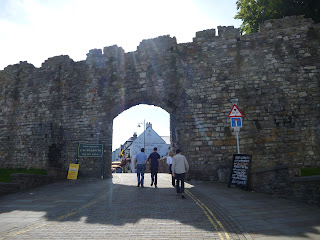 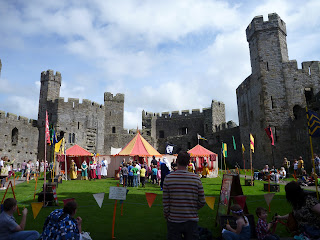 There was some form of entertainment going on inside 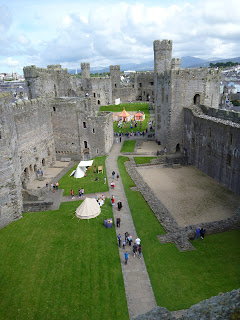 The castle seen from one of its own towers
Posted by Margot at 17:36