On a Thursday morning I would touch down on Kulusuk Airport, East Greenland. But to get to that required some preparation. I had spent quite a lot of the weekend buying some additional supplies, deciding what I’d bring,and packing it. Monday would be my last working day, and it was festooned with news of a tanker being on fire on my route. Oh dear! Having to be at Manchester Airport at 5AM was bad enough without lorry-sized Molotov cocktails on the road. I had intended to leave at 2.30 AM; I pulled that forward to 2AM. Very early. Not ideal but in the early morning the tanker had been removed and I had an uneventful trip. That left me in Reykjavik, where I have been before. I soon had found my accommodation; my first encounter with AirBnB. I turned out to have a room in a messy house of which the owners were away. They sure trust people! But we guests trust them too, and this house left something to be desired. The kettle didn’t work (oh dear!) but the big issue was the bathroom door; it had been a sliding door, but the sliding mechanism was broken. It had turned into a heavy slab of wood without a handle that was very hard to slide at all, and impossible to close completely; you needed to leave space for your hands. Awkward, especially if you share a house with total strangers! 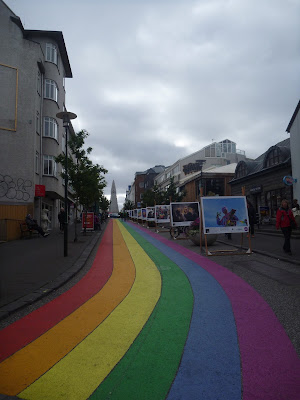 I dumped my bag and went looking for a supermarket, a bank, a bookshop and the office of an organisation that offers day trips on Iceland. I had decided to use their services a lot; the organisation (Icelandic Mountain Guides) that had set up the Greenland trip had warned it’s not unusual for flights from Greenland to be grounded due to fog or heavy wind, and had suggested I don’t book my flight to the UK too close to the planned flight back to Reykjavik. I had taken that to heart, and had inserted three extra days. As I wasn’t sure on which of these days I would actually arrive back on Iceland I did not want to plan anything more than day trips. But I did want to seize the day and have some fun while there! I had booked a glacier hike and a visit to some lava tubes for the first two days, but my third day was still empty. I booked some sea kayaking for that day. Sorted!

I then had a nap. Leaving home at 2AM has disadvantages. Then I just had a pint and read my Welsh book. No need to get too over-excited on a day like this. 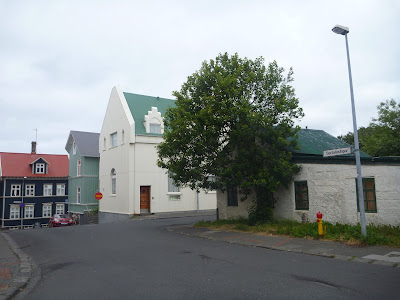 The neighbourhood I stayed in

The next morning I found out my activity of the day, horse riding, was cancelled due to bad weather. Pretty much everything else they had to offer was cancelled too. Oh well. I tried some museums! I managed the settlement museum, the national museum, and the phallus museum; that is both chronological order and order of interestingness. But there is only one phallus museum in the whole world; I couldn’t resist. But the highlight was versions of Landnamabok and Jonsbok and more of such books of mythical status in the first museum! That sped up my heartbeat. And after the museums it was time to really start on the Greenland adventure. The mountain guide had called a meeting in a guesthouse. That would be interesting! I had no idea with how many we would be, let alone things such as what nationalities or gender or any of that. 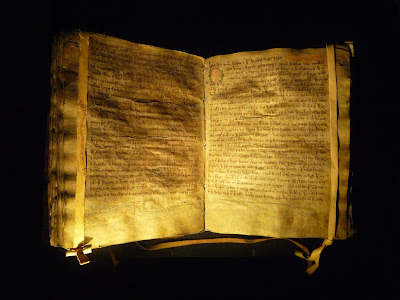 The manager of the guesthouse turned out to not have been aware of the meeting, but that didn’t spoil the fun. It turned out we were six people plus the mountain guide; a good number! Two Argentinians, two Dutch people, one Englishman and a Californian woman. And Robert, the guide, showed us on Google Earth where we would go. This is the 21st century, after all.  It looked good! Some practical issues were sorted and then he was on his way. Half of us had urgent business, but the other half, viz. the Englisman, the Dutch bloke and me, decided to go for dinner. A nice start! And the next day we wold all meet at 9.15 at the airport. Then it would really kick off. So my holiday started with rain, beer and Welsh; not something unachievable in Wales, but it would later become clear that some taking it easy and recovering from the trip might have been a good idea. Stay tuned; from here it gets spectacular! In my eyes, anyway. Greenland, here we come!
Posted by Margot at 09:54