The Netherlands, not far away!

Sometimes I whine so much about England I offend the local population. But I see light as well! There's a lot here that Tromsø cannot boast on. A plethora of good cheese, for instance. Lots of charming old pubs! Ubiquitous caves and mines! And so on. And another, more abstract thing: the proximity of the Netherlands.

Emma, our clam biologist, and reigning departmental champion of making nerd jokes, was about to defend her thesis. And this time a defense is less than an hour flying away! So I came. And I decided to not bother with travelling back to Plymouth from Southampton, and then back east again to catch a Schipholbound plane, but to go straight from there. And so I did! Which gave me four days of visiting people I would not see at the defense. Starting with my mother, of course.

Since I had left my house at Heimveien I had not been at one and the same place for more than two weeks. After soem running around in Norway and the Netherlands I had already gone on fieldwork after one week of Plymouth. And two weeks after having come back I was off to the next fieldwork. And that cycle had continued all the way to the Polar Network Day. And by then my head was spinning slightly. I had not organised my stay very carefully, and I ended up traversing the country like a headless chicken, but I never had the feeling I had to finish all sorts of things before a train would take me to the next destination. So I got to unwind! Unwinding while accumulating a lack of sleep, but that is a mere detail. 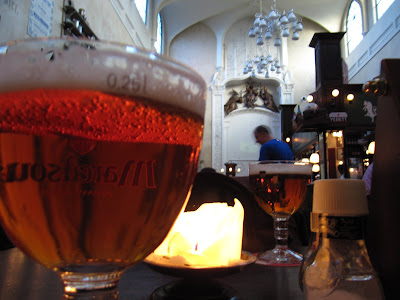 A fairly tidy location in Utrecht, but decorative anyway, and evidently adorned with enjoyable substances that are rare in England...


So I drank liters of tea with my mother. Roelof cooked me great butter chicken! I had a photo session with my dad. I nerded away with Erik. I chatted up with Monique while her dog insisted on peeling the label off my beer bottle. I had Has show me all sorts of beautifully old and crumbly aspects of Utrecht (and, atypically, a brand new, shiny one too, in the shape of the university library). I listened to cheesy eighties music with my sister and her husband, after all four kids who had turned their house into a cacophony had either been retrieved by their own relatives, or had gone to bed. And it was all good! They all seem so close now. And in only three weeks I'll be there again! 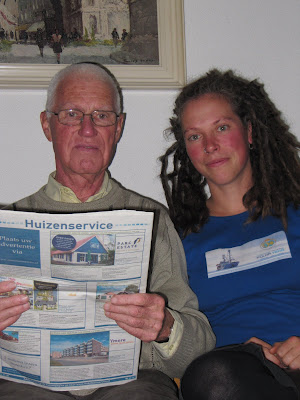