The week before I had come to Durham to split the cores we had taken a few weeks before that. But splitting, logging and wrapping is quite a job. There was no time for sampling! But the good thing about being based in York is that you can just hop on the train on an ad-hoc basis and come back to do that later. York-Durham is only some 50 minutes. So I did! And I finished the sampling I had intended to do. And when I was done I walked back to the station, samples in my bag. And Durham was being very pretty in the moonlight. Soon I might find myself in the York labs, sieving sediment until I am blue in the face! 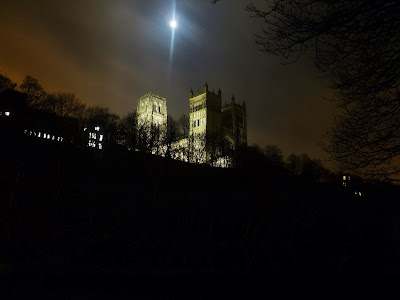 The cathedral under the moon 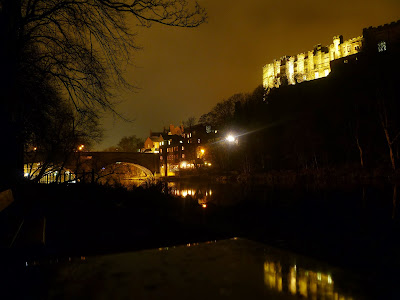 The castle looming over the river
Posted by Margot at 12:06