Another beautiful saturday! And of course on friday I had ended up in the pub with the usual suspects, but this time in a more modest, responsible way; probably the result of my improvised family life, about which I'll report more later. A remarkable thing, by the way, about that friday in the pub was that I had been more or less promised the presence of a Norwegian girl. On arrival she turned out to be Swedish, but that hardly spoiled the fun; she was eager to speak Scandinavian with someone, and so was I. She thought I actually was Norwegian! I was chuffed. If I keep this up I'll still speak Norwegian next year, when the sea level people have a fieldwork there...
Anyway. Saturday I was awake early. The sun was shining! Maria was also eager to enjoy such rare circumstance. So she proposed going to Dartmoor and having a stroll. Splendid! We phoned Shabnam, an Iranian PhD student of which I knew she was also considering such activities, grabbed the baby, and went. I was still missing Norway, but I had to admit that Dartmoor is not bad. I don't think Shabnam really noticed the landscape because she was completely absorbed by Rosa, but to each their own. It was a good afternoon! After a stroll we got ourselves a pasty in the sun, and did some more sightseeing. 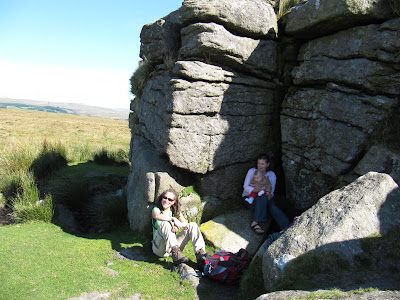 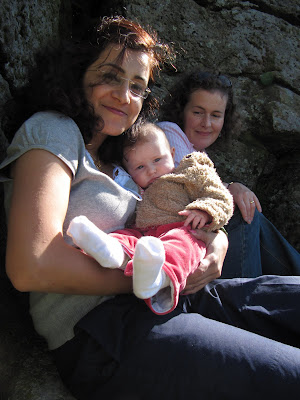 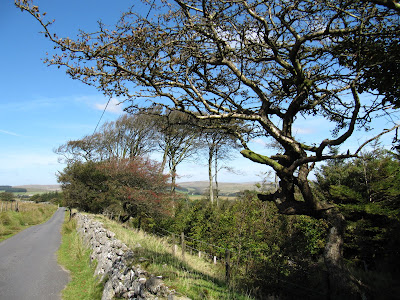 It was a day that completely confirmed my new English status of the responsible, calm, sensible woman. This time more family girl than scholar, but well, something with a calm stroll in pleasing weather, kindly smiling to all other venerable citizens going for a jolly walk. I should go buy a miss Marple dress. And we had crumpets for breakfast! The nordic hero in me is withering away. 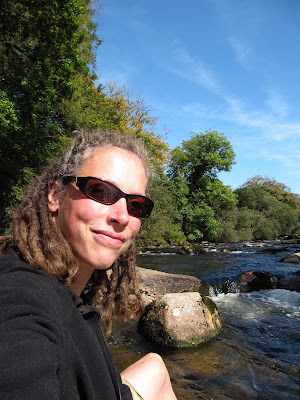 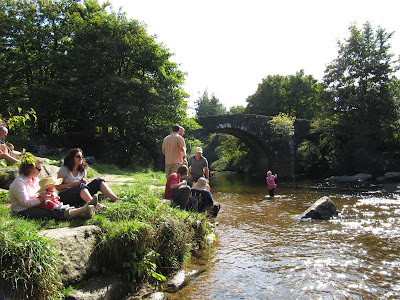 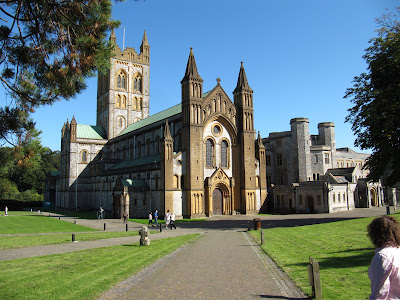 After the stroll things got more familiar, though: Veit invited me for a barbecue. That is an activity miss Marple would not quickly get engaged in I gather. But I was in for a bikeride, even though he turned out to live almost disappointingly close. And it was a good barbecue. Unfortunately characterised by what most of my social life so far is characterised by: people on the ominous brink of leaving. But nothwithstanding that blemish, and the unaccustomed homeliness of the earlier part of the day, it had been a good day. 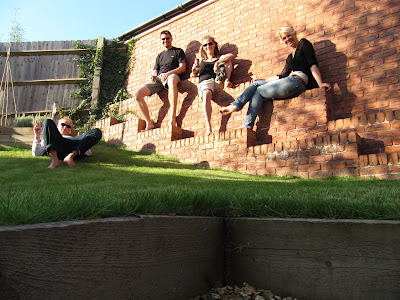 Dave (Rolands PhD student), Veit, me, and Lauren (who is about to leave us for Exeter)
Posted by Margot at 21:39