There's only one week of term left. Soon I'll be leaving for the Netherlands! And I was hoping there would be a bit of relatively calm time between hectic teaching and going away. But it doesn't look likely! There now is only one big teaching job to do: I have to mark the students' field trip reports. It's a big job! There were 13 groups of students, all supposed to take 100 measurements (50x a glacial striation, 50x the orientation of a clast in a glacial deposit), so that's 1300 measurements for me to check and plot (I have to see if they did it correctly) and then some 40 reports to mark. And then it's done! It's a lot of work; there are always endless many ways of plotting some data. For instance; the students were all asked to note two orientations of each item of which they measured the alignment. For a north-south facing striation or clast, they were supposed to read off both the 0° and 180° orientation. The idea behind it was to have a check on whether they did it correctly. If the measurements were 180° apart, they probably did it correctly. But there were quite some measurements that weren't. What to do with these? Take them out? Plot as is? Try to correct? And student aren't particularly candid about what exactly they did, so I often have to just guess. 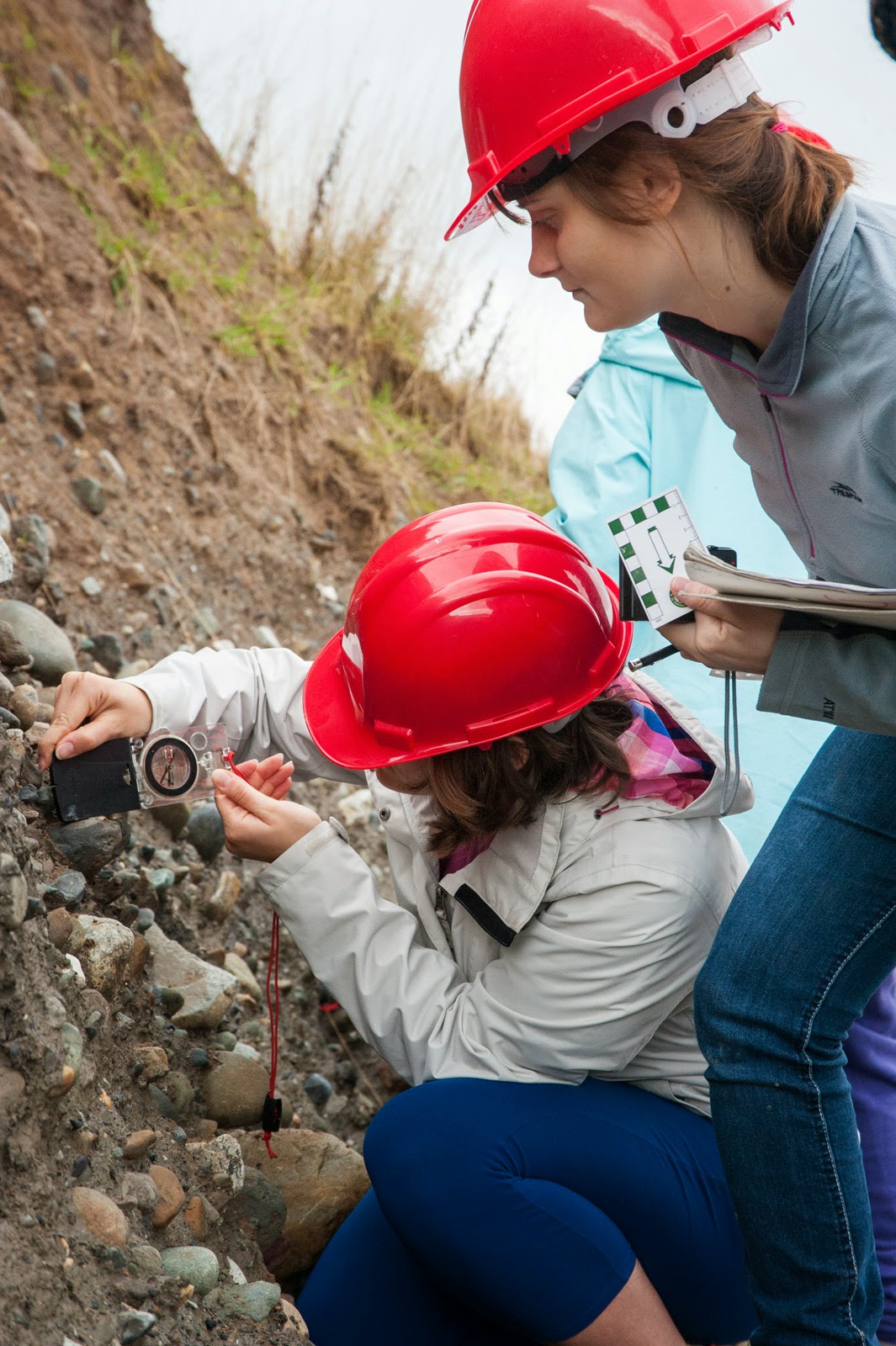 Measuring the orientation of a clast. Pic by David 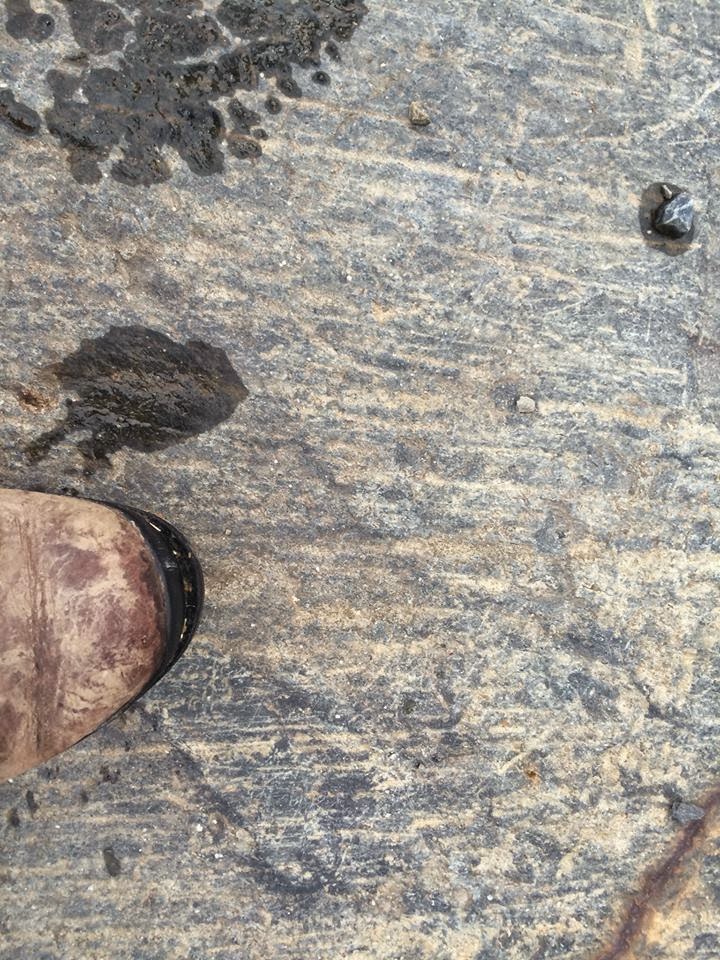 There were also students, of course, who recorded only one orientation and just added 180° in excel. That wasn't quite what the idea was! And one group managed to take 50 measurements, 48 of which incorrect. What will they do?

It's a lot. But when it's done the term is over! I've done the last lecture, I've attended the last student presentation. (Except one by our own MSc student). Before I know it I'll miss all this!
Posted by Margot at 09:08