One of the most important things in a group hike is: the group. You can’t have a great time with awful people! I was lucky. We were a great group. A wide variety of ages, provenances and walks of life, but united in how we wanted to have a good time on Greenland. So who were my companions? 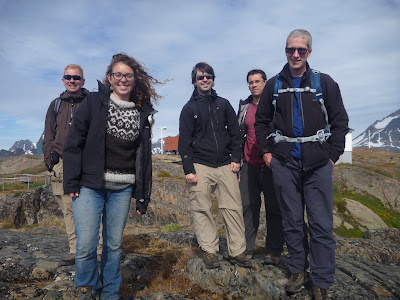 
The most important one is the mountain guide. He (or she, but we had a bloke) has the plan and makes the decisions. I’ve never dealt with a bad mountain guide but I know they exist. We had Robert Thor, an Icelandic landscape architect turned mountain guide, and he was spiffing. He was vastly experienced and full of stories of past adventures. He lived half of the year in Canada, which lead to interesting rivalry with our Californian. 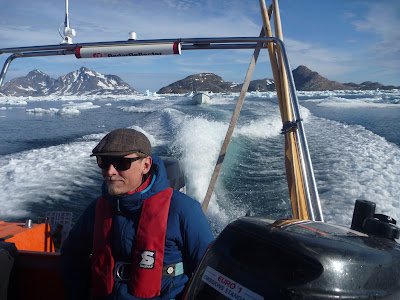 Then there was Ron (also known as Jozef or Ludovicus; don't ask), a civil engineer from Venlo, the Netherlands. He was generally rather quiet. He did a lot of this sort of organised trips. He’d been to pretty much all high latitude destinations you can think of. He was an excellent skier, which showed on the snow patches we traversed. He liked Rowwen Hèze, and thought all Dutch people from above the big rivers were shit. (Oh dear.) 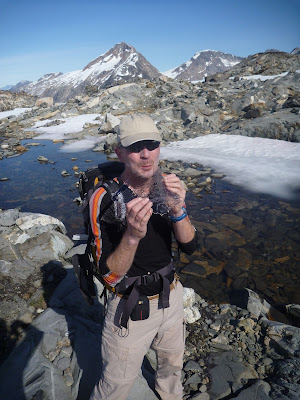 We had Andy, a school teacher (formerly solicitor) from Bolton, near Manchester. He was the senior of the bunch, and in a way a stereotypical polite Englishman. He was an amateur photographer and liked getting up really early to take pictures in subtle morning light. He also sometimes vanished around dinner time for the same reason. He really liked icebergs. He took his school kids out into the great outdoors all the time, and after hearing some of his stories we all wished we’d been educated at his school. 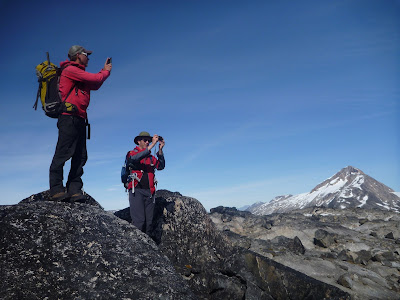 Then there were the Argentinians. The first you’d notice was Joaco; he was bouncy and loud and very entertaining. He was a software engineer working in Buenos Aires. He would often loudly complain about ascents (office job catching up with him) but always managed everything Robert threw at us. Spanish learners would pick up interesting new vocabulary whenever Joaco was brought into close contact with cold water.

The other Argentinian, and Joaco’s best friend and software engineer colleague, was Sebastian. He was the quiet one of the two. He tended to make witty remarks from the background. He currently lived in London and knew everything there was to know about Nordic mythology. Joaco and Sebastian would be on their way to Italy and Turkey after Greenland – quite a contrast! And both Argentinians were completely football-mad, but that seems to come with the nationality. 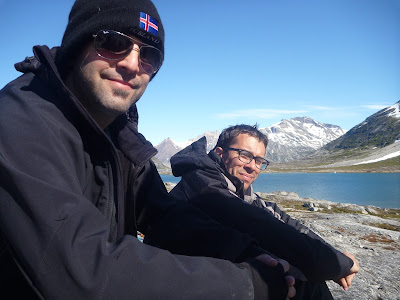 And last but not least there was Julia, the junior, and our Bay Area dweller. She was into art and outdoor education, but her life hadn’t settled yet, and she seemed to just be freewheeling around in Europe and Canada for now. She’d done the most unlikely odd jobs, involving Icelandic farms, sailing ships, and whatnot. She spoke proper Californian surfer lingo which caught on rather well. She would negotiate Greenlandic mountains in jeans until Robert told her not to, and she’d brought an unliftable bag full of sketchbooks and paint and whatnot, but whoever thought that meant she wasn’t sufficiently prepared for the trip was proven wrong. She would just scamper through rivers and onto mountains, sketchbooks and all, as if she did that every day. 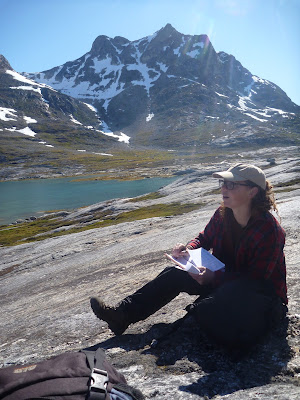 Julia in a characteristic pose

Altogether this all worked rather well. We all had pretty much the same walking speed, whatever the terrain, so we were well-matched. We also helped each other out; one day Joaco would lend Julia his surfer trousers for extra warmth and the next day Julia would use her dental floss to try and fix Joaco's shoe, for instance. And because we all had lived such different lives we had a lot to discuss. The fact we had a base camp with a kitchen tent we all fit in, to have breakfast and dinner in, meant we had quite some opportunity to get to know each other. In a way it was a waste to be on beautiful Greenland but to only see the inside of a tent during dinner time, but this way we got more out of the social aspect of the trip. Both serious discussions and daft banter were plentiful. And most of the people you meet on trips like this you never see again, but it’s still worth it. And who knows; many of this bunch were very well-travelled; maybe some of us will meet again!
Posted by Margot at 14:02