Going straight to plan a cruise at the BGS after the half marathon was hardly beneficial for keeping my shape up. I didn't have time to run all week. But when I came back I made sure to MAKE time (among other things, apparently by losing a library book that I wanted to integrate into my lectures); that marathon was looming on the horizon, and I needed to get ready!

Because my travel back went faster than planned (that doesn't happen very often!) thanks to some strategically delayed train and Jaco picking me up from the station I was home before 8PM. So I unpacked my bag, got into my running kit and went out. It was nice to feel the fresh air on my skin, and feel the muscles move in my legs! But I only did my standard morning round.

That Sunday offered another possibility; I urgently had to prepare for a tutorial that Monday, so I was in my home office all morning, looking at the rain and not minding too much I wasn't running. But by 2PM I was done, and the sun had come through! On Saturday I had had a look at the map, and planned a possible route. So I didn't waste any time, jumped in my car, and went off. And the route I had in mind was amazing! It probably was the old road towards Betws-y-Coed, which was then superseded by the bigger, more modern one that came with Telford Bridge. Only traffic that goes there for the scenic views goes there. It was lovely! 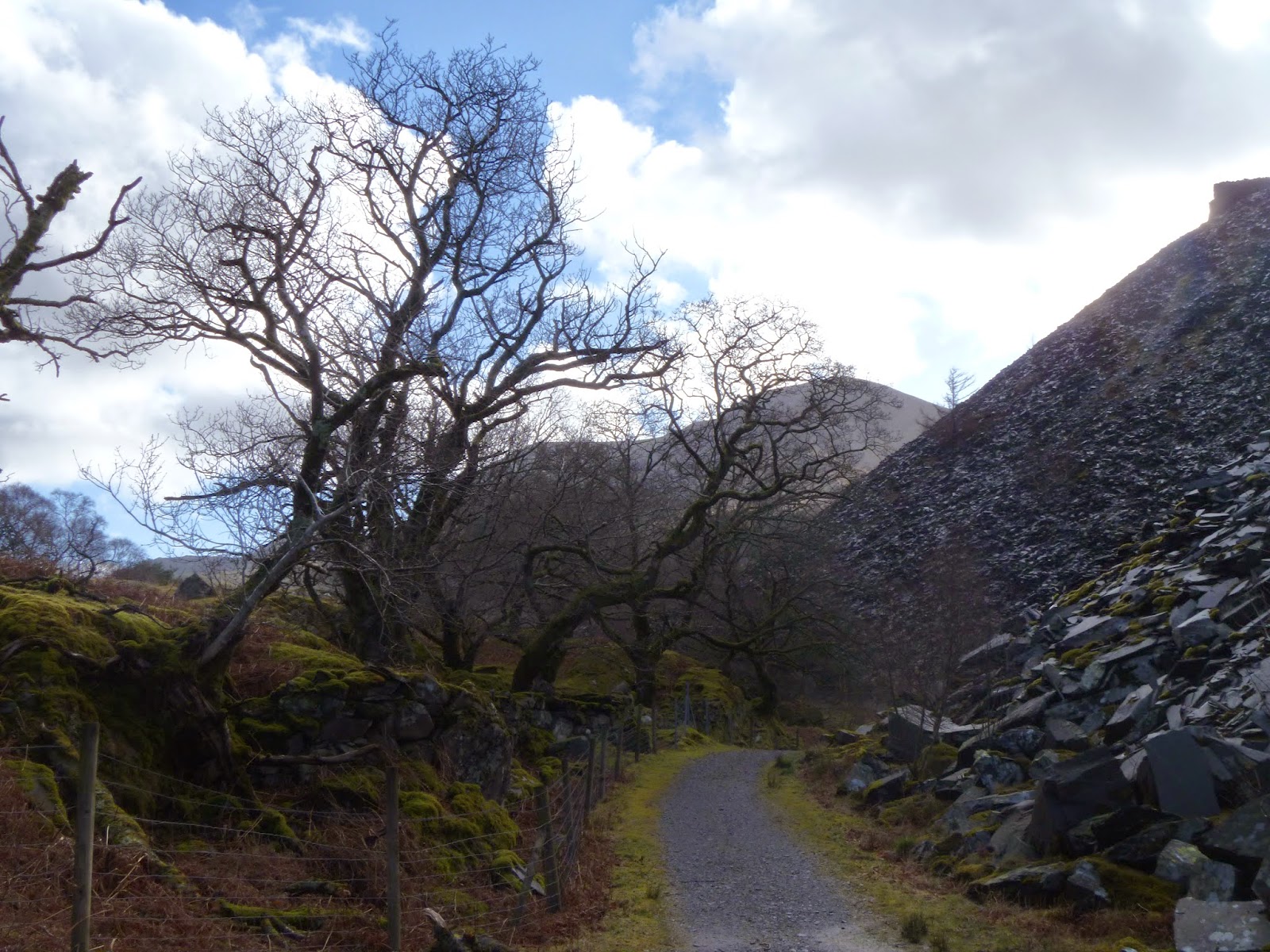 The start of the path, along the waste tips of Penrhyn Quarry, which these days holds Zip World 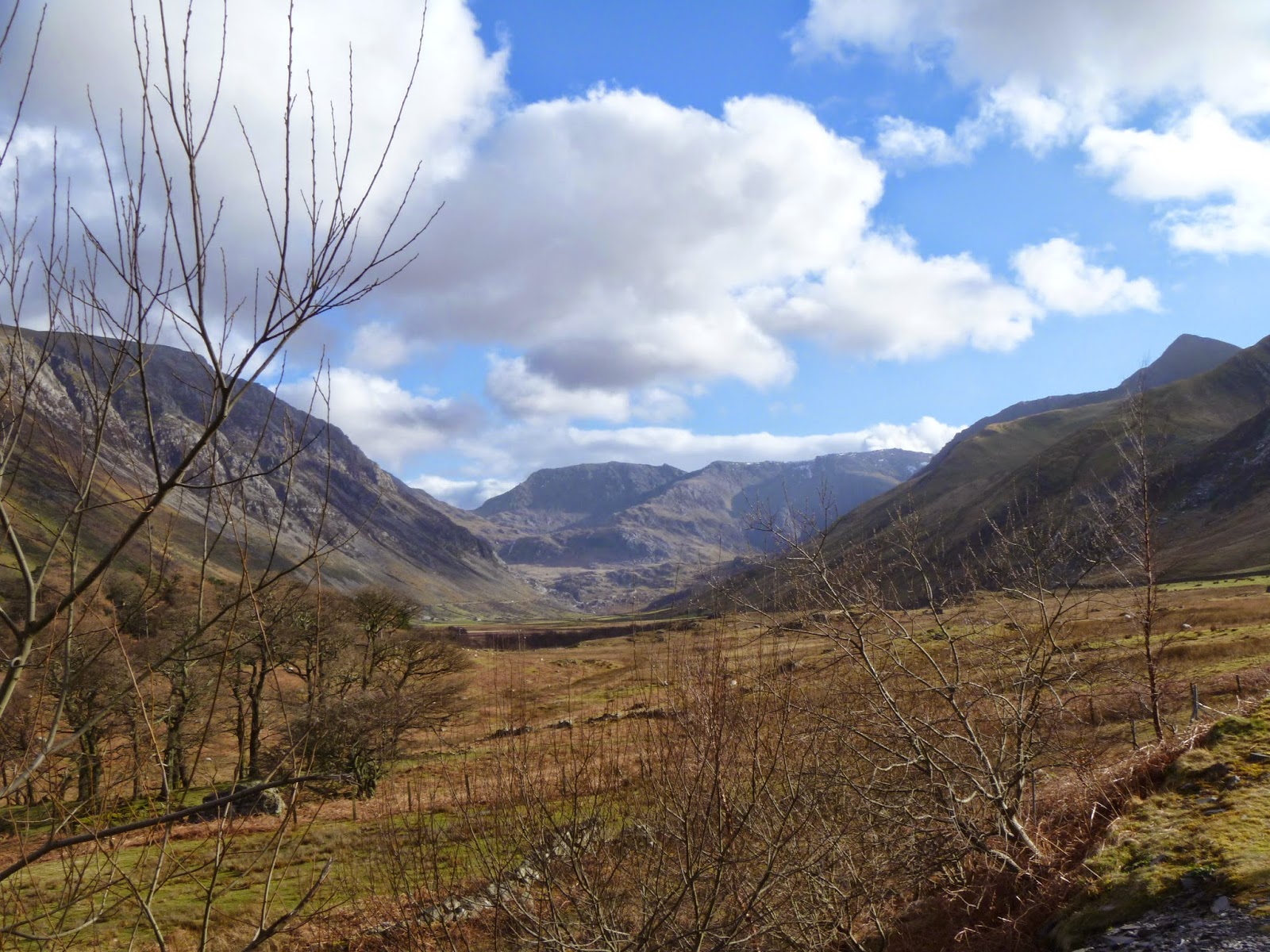 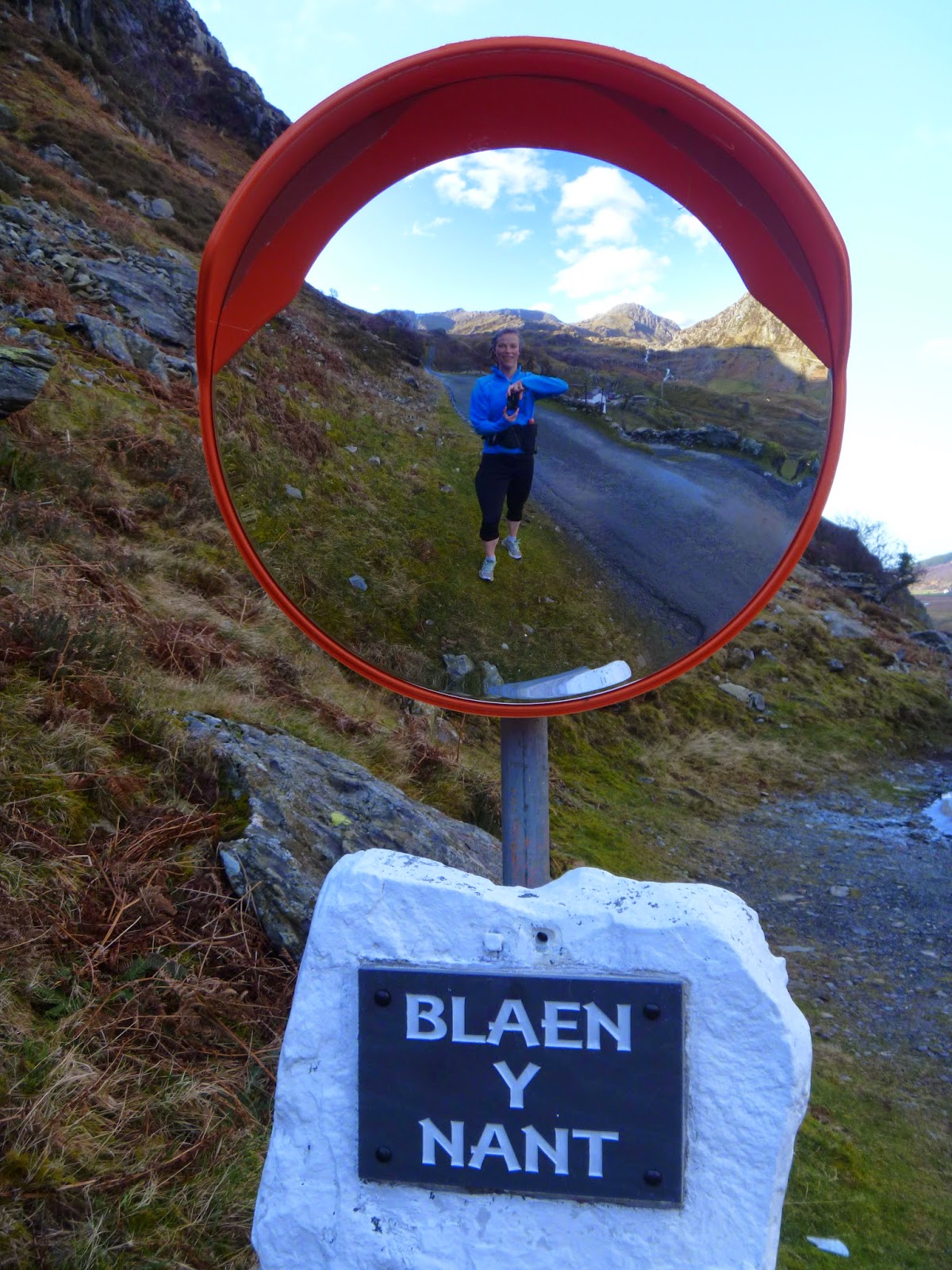 
The valley it follows is stunning, but I had only ever seen it from the other side. I was blown away. And for a few miles I even had company; I bumped into a chap who went the same way with his silly dog. He had also done the half marathon the week before!

Because it was so beautiful and I stopped for many pictures, and also because on the way back I tried the footpath that went roughly the same way, but which I promptly lost, I didn't run particularly far for the time it took me, but I had a lovely afternoon! A few more like this and bring on that marathon!
Posted by Margot at 12:01