I dress in rags and if I invite more than 3 people over for dinner I have to ask them to bring dishware. In other words, I live the life of a student. Largely. But a student’s life doesn’t last forever.
We had an Israeli lady on sabbatical here in Plymouth, and she informed me of the stereotype of the Jewish mother. These seem to be very nosy, caring and protective. And she showed that largely by example... I had to sometimes text her to say I had come out of a mine unharmed... and she cooked for me on several occasions. Always excellent food, and always too much.

Her time was almost up. She was packing to leave for the Netherlands, where she would spend the second half of her sabbatical. And she decided to give her English dishware to me. So now I have a coordinated set of dishes for four, which means I can cook for 8 people without running out of plates! Where I would seat them and where they would leave their plates is another matter, but I feel very adult now, with my well-filled cupboard. 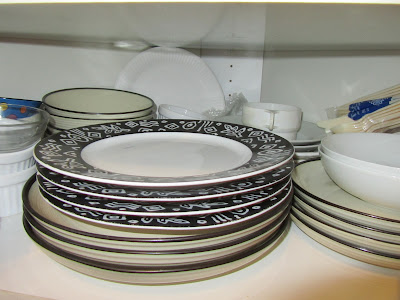 And I dress in rags. I had been trying to convince myself to go shopping for clothes for many months, but I never had the discipline. Until last Saturday! I calmly drank Dorit, my adoptive Jewish mother, goodbye on the Friday, and then was up early on a Saturday. Early enough to be ahead of the crowds! So I ventured into the ominous Drake Circus shopping mall, and came out with several items of clothing! I’m proud of myself. And now I’ve thrown away a favourite skirt that really had been worn to the end. 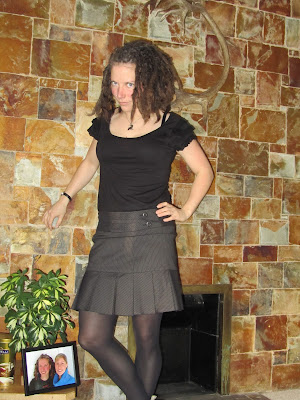 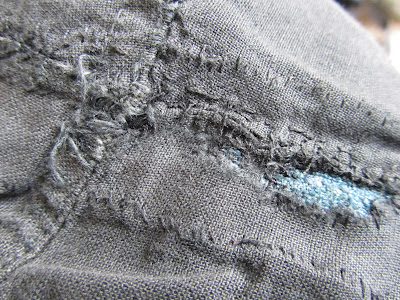 Arty-farty picture of how battered the cloth of a garment is by the time I am ready to throw it away
Maybe even I am in the process of growing up. Who knows!
Posted by Margot at 19:06

Errm... Margot, there is a very well camouflaged deer just behind you. Be careful, very careful!
(and don't hurry growing up ;) )