The painter has started!

It's a bit later then I had expected that the painter finally starts! I hadn't anticipated that taking some ten months. But there we are. I had prepared as well as I could. Not as well as he hoped; he had hoped I would strip the wallpaper from the master bedroom (I had made a start a while ago), but I had not found the time. And Dylan, the painter, doesn't like wallpaper stripping. But then again, who does? But the holes were filled and the rooms as good as empty (the living room and landing, anyway; if these are empty, I need the master bedroom to keep the stuff). And the landing had skirting boards.

On Monday he would be there at eight. But then he texted he would be a bit later. But he showed up! And I showed him what I had done, and what colours I had chosen. And then I gave him a key, went to work, and wondered what I would see when I got home.

And I saw he had started with the newly plastered surfaces! And that made sense; these seem to suck moisture in so they need different treatment from the much older surfaces. The ceilings clearly needed another layer but it was already looking good! And who knows what it'll look like when he makes a bit more progress. Coming home is very spectacular these days! 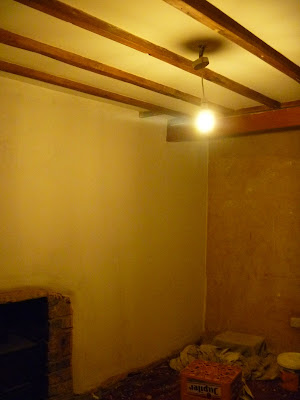 The living room after day one 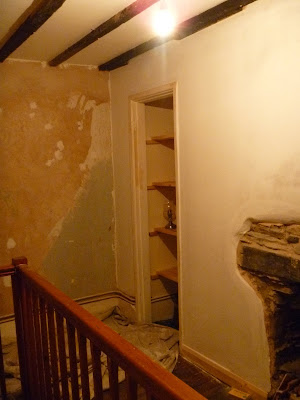 The landing after day one 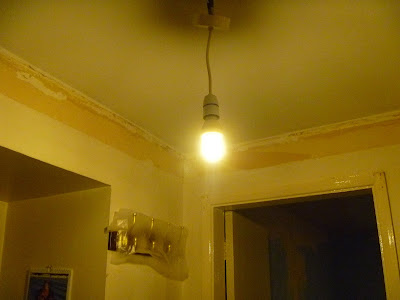 The ceiling of the hallway after day one 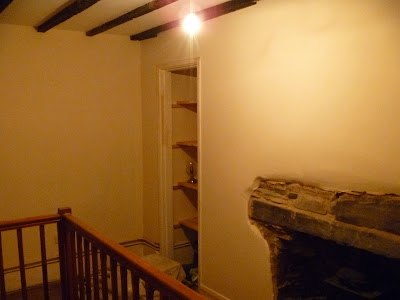 The landing after day two 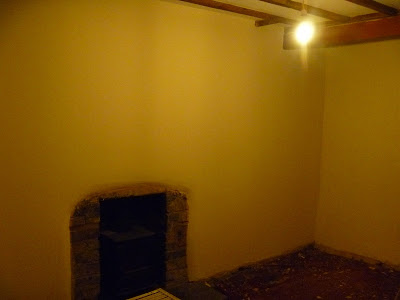 The living room after day two 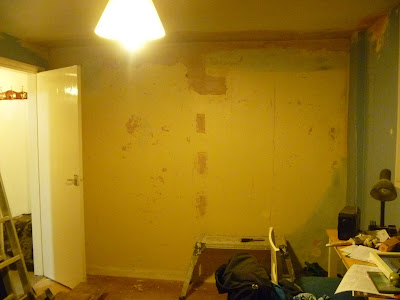 The master bedroom's wall has been stripped from wallpaper! After day three. 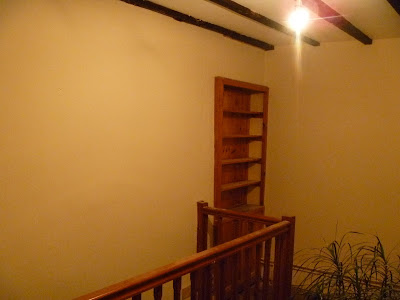 The landing is pretty much done after day three. 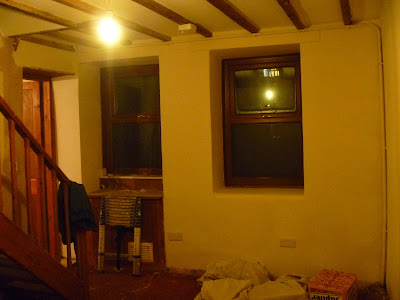 So is the living room after day three